Japan’s rigid uniform culture might be met with awe and even admiration by those from abroad. Sights of neatly dressed students, tidy public transit employees and stylish elevator attendants are, in some sense, symptoms of order and dignity.

Yet, when regulations regarding one’s appearance become so strict that they result in both mental and physical health problems, or otherwise spur on inequality and harassment, the uniform becomes a source of discomfort and, even worse, disempowerment for its wearer. This is often the case for women in Japan, who typically face harsher demands in the workplace compared to their male coworkers when it comes to how they look. Fed up with seemingly groundless rules set up to make them “look sweeter,” like wearing high heels and short skirts, more and more women are starting to speak out. 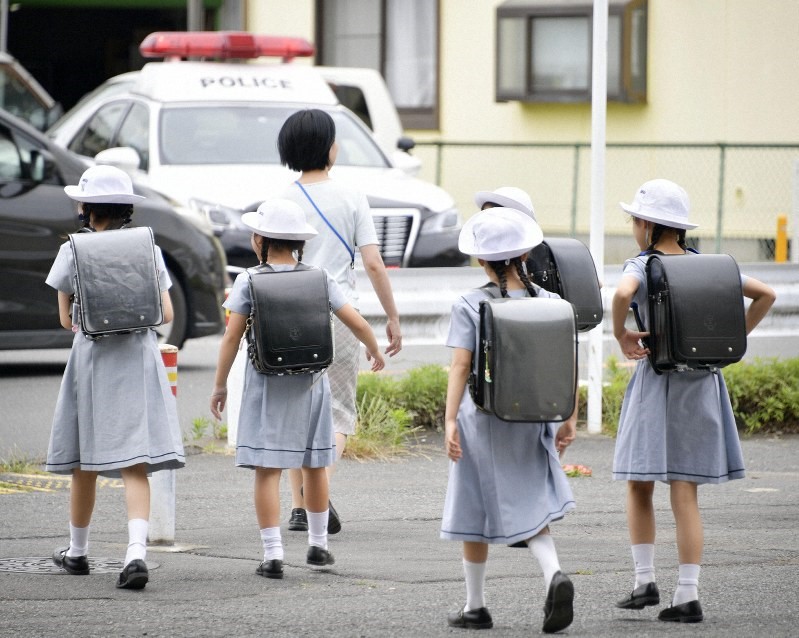 Last November, Business Insider published an article about how women in Japan are being banned from wearing glasses to work. A Japanese woman, who chose to remain anonymous, describes working 12-hour shifts as a receptionist in a major department store. Her daily work attire consists of a dress and two-inch pumps, which result in sore muscles, pain and bunions. When asked about previous workplaces, the woman recalls numerous instances in which uniform requirements specifically targeted female employees. For instance, while male receptionists were permitted to use glasses, female receptionists were not. “I was told over and over that I needed to look sweeter and more feminine,” she explains in the article.

The practice of wearing uniforms starts early in Japan. From preschool all the way through middle and high school, personal expression and individuality are often discouraged. Experimenting with one’s appearance via fashion or makeup is banned in most schools, and thus, people grow accustomed to the vast social importance of unity and conformity from a young age. 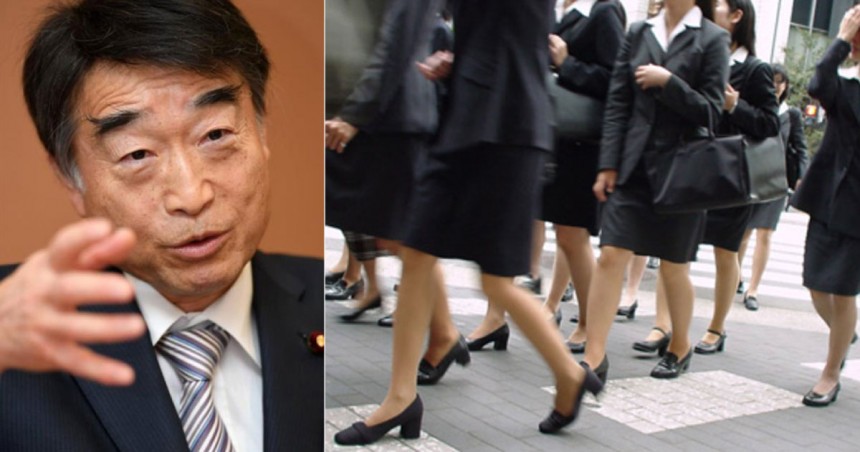 In protest to high-heel mandates at some Japanese companies, writer and actress Yumi Ishikawa started the #KuToo movement, a wordplay on the Japanese words for shoes (kutsu) and suffering (kutsuu). In spreading the #KuToo hashtag, Ishikawa also draws attention to the viral #MeToo movement against sexual harassment and abuse. In June 2019, Ishikawa presented a petition to the Ministry of Health, Labour and Welfare, demanding that high-heel mandates at work be abolished. Despite garnering 18,856 signatures, her petition did not receive significant recognition by the Japanese government. In fact, labor minister Takumi Nemoto appeared to defend footwear regulations in the workplace. “It is socially accepted as something that falls within the realm of being occupationally necessary and appropriate,” Nemoto stated. While acknowledging the practice as socially acceptable, Nemoto fails to realize the deeper implications of such stipulations. As Ishikawa put it in an interview with The Associated Press, “This is about gender discrimination.”

The #KuToo campaign -started by Yumi Ishikawa- is a play on the word for shoes, or “kutsu” in Japanese, and “kutsuu” or pain. Against dress codes ans expectations that women wear high feels at work.

It’s not just in Japan that women’s appearances are unfairly targeted. Even the world-esteemed Cannes Film Festival faced controversy in 2015 when female attendees who did not wear high-heels were denied access to the red carpet. The director later apologized, but maintained the festival’s dress code nonetheless the following year, when Hollywood star Julia Roberts famously tredded the event barefoot in protest.

Discussions surrounding uniform regulations and gender discrimination have only just begun. As of last November, Yumi Ishikawa’s anti-high-heel petition had collected over 31,000 signatures. Yet, without active measures from the government, Japanese women have yet to see a sweeping change in their workplace. The conversation has gone viral. Now, it’s a matter of challenging Shinzo Abe, Takumi Nemoto and their male-dominated politicians peers with a new uniform standard — one that’s equal and bunion-free.