Meet the Serpents of Iwami Kagura

According to mythology, Shimane Prefecture is the annual meeting place for a myriad of Japanese gods. Even today, it is known as the “Land of the Gods,” but perhaps there is no better place to venture in this prefecture for a taste of ancient, mythical Japan, than the rural town of Iwami.

Bordered by the Sea of Japan and surrounded by the Chugoku mountain range, its geographical remoteness has ensured the preservation of Iwami’s ancient culture, landscape and traditions. A host of workshops run by Iwami locals from their family homes are the thread connecting the town’s deep-woven relationship with Japanese mythology to visitors and the world. 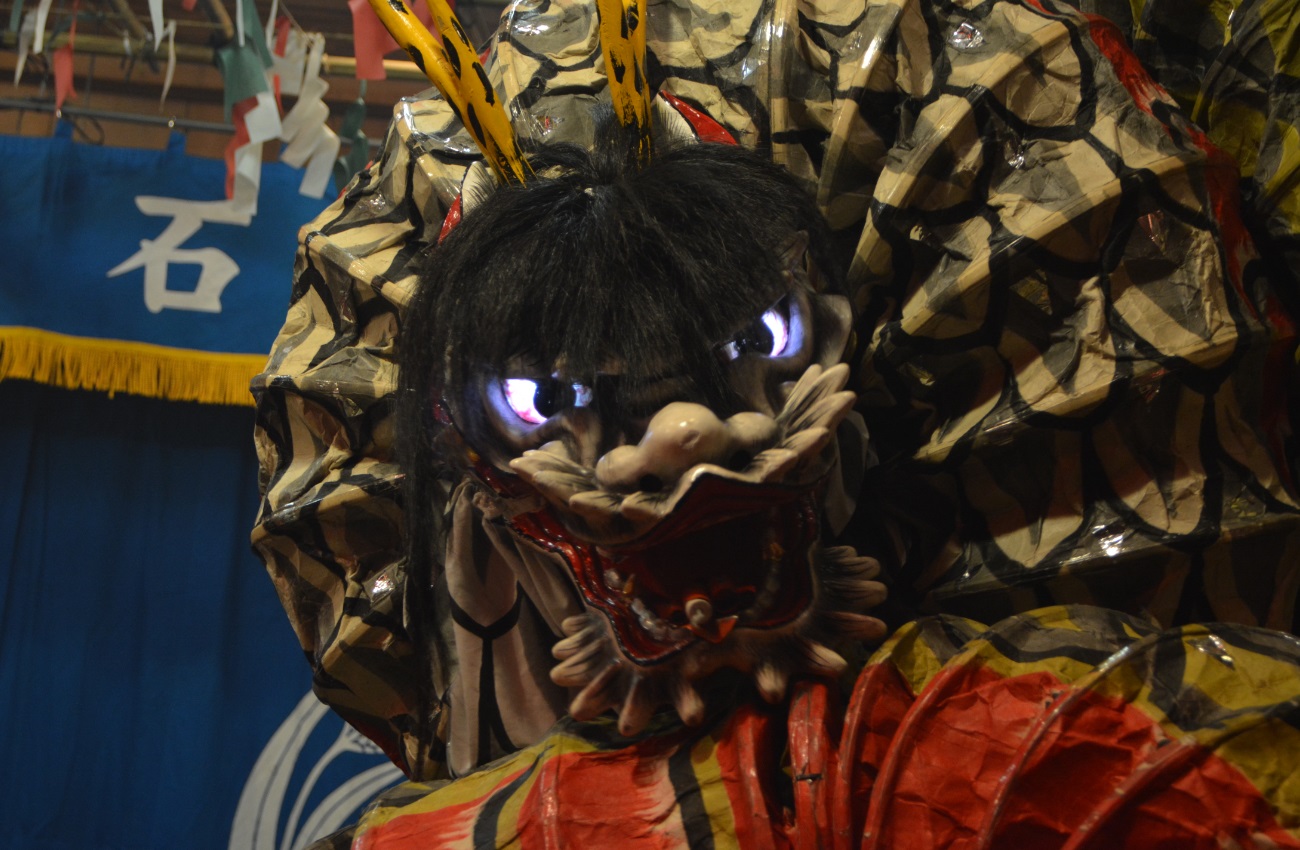 Shrouded in mystery, the origins of Iwami Kagura are uncertain. Performances of this Shinto theatrical dance are held on a weekly basis. Poetry, prose, dance, costume, music and pyrotechnics seamlessly harmonize in this fast-paced, dynamic art. Dancers move swiftly despite their elaborate, heavy costumes. Great snakes, humongous demon-like contraptions made of washi paper and bamboo, curl and writhe towards the audience. 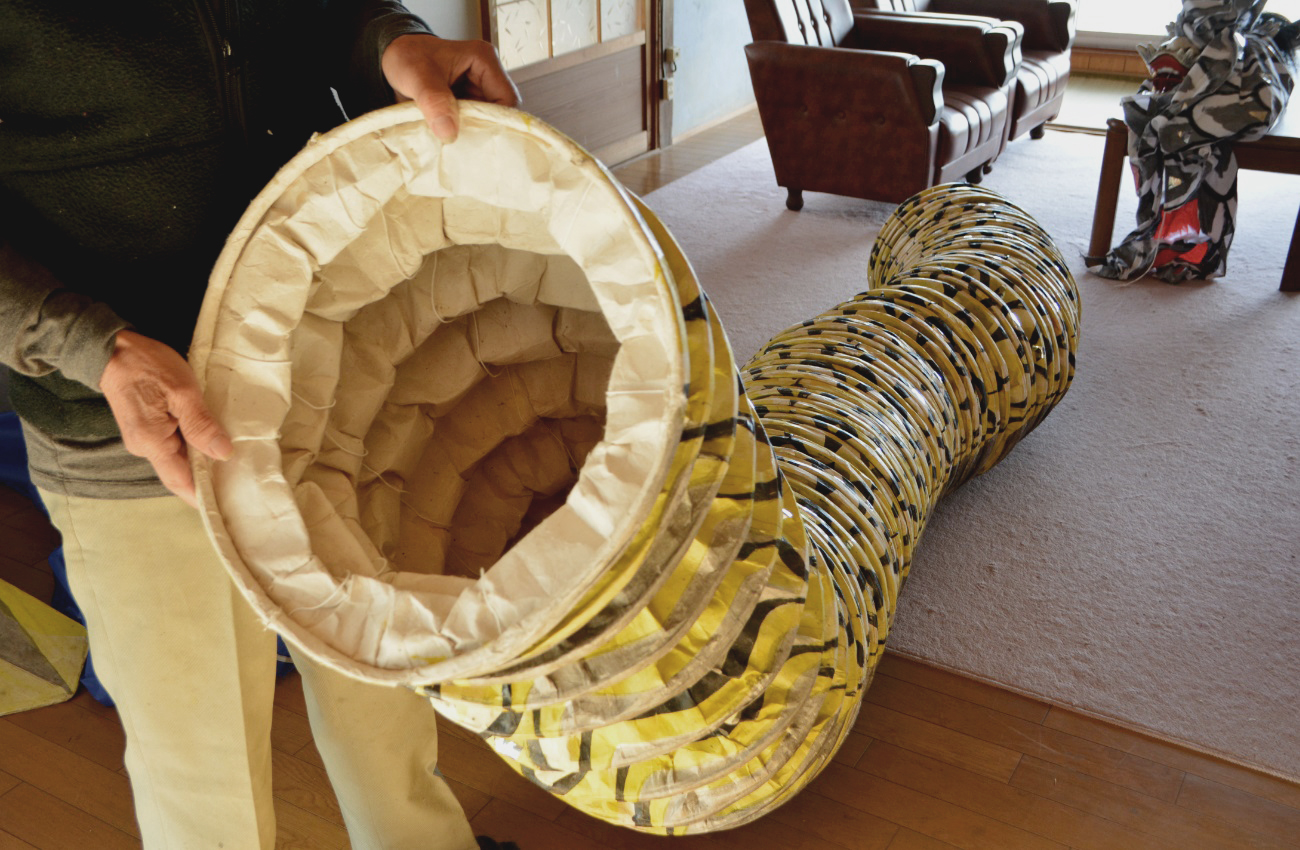 To truly appreciate the complexity and skill of Iwami Kagura costumes, it’s necessary to go beyond your seat in the audience and head behind the scenes. Wonderfully personal, at the Ueda Snake Barrel workshop, which takes place in the home of a third-generation local craftsman, the giant snakes of Iwami Kagura are painstakingly made over time. By observing the process, you can learn more about the background of the process.. Each 17-meter-long trunk is made by hand using traditional techniques. Starting by forming circles out of elastic bamboo sticks with string, glue and washi paper, learn how to form accordion-like funnels and finish off by choosing your own color for the scaled skin. 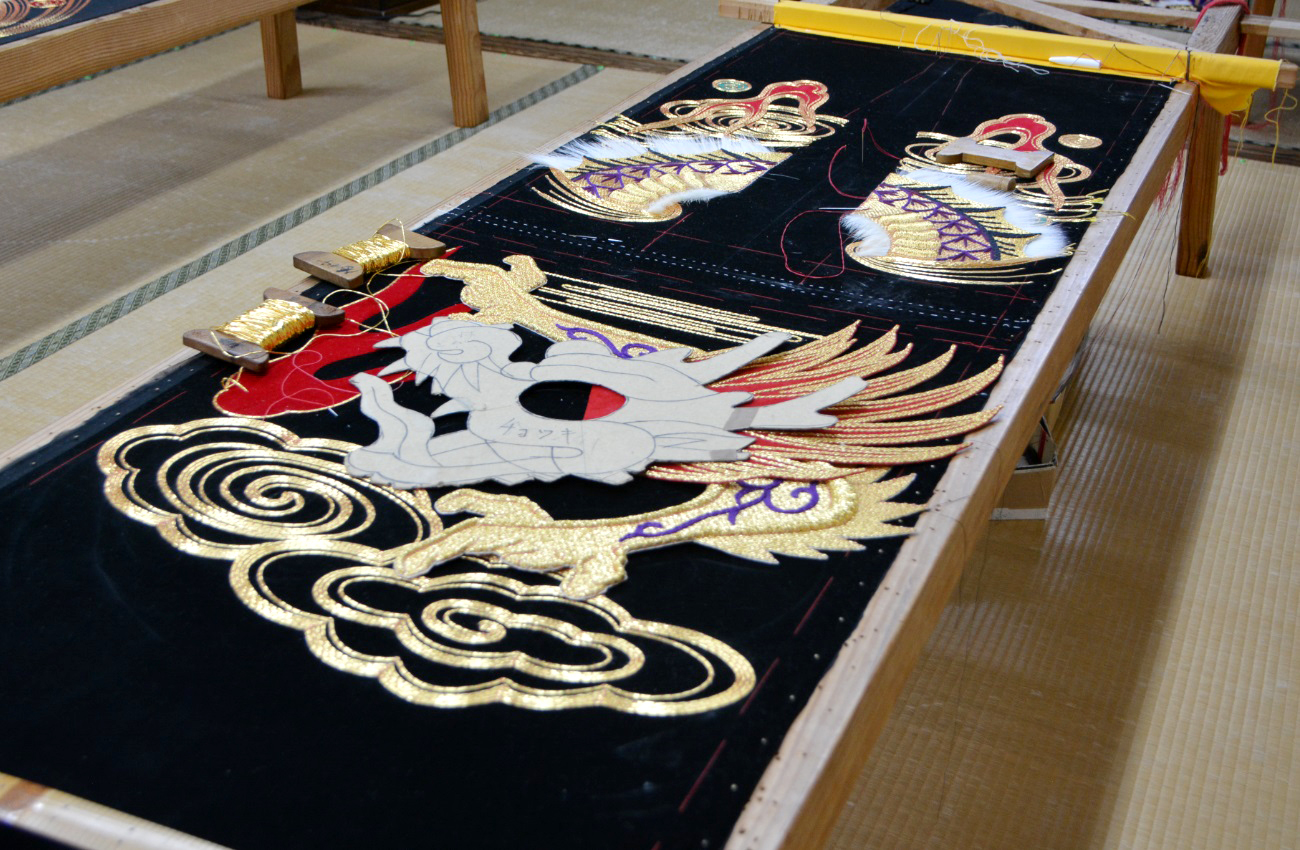 It takes around two months to complete a human performer’s full costume, which can weigh up to 20kg. Hosokawa Kagura Costume Shop invites attendees to watch as they hand-sew embroidered dragon heads and other costume elements with golden and red threads using an ancient technique to achieve an intricate, 3D effect. 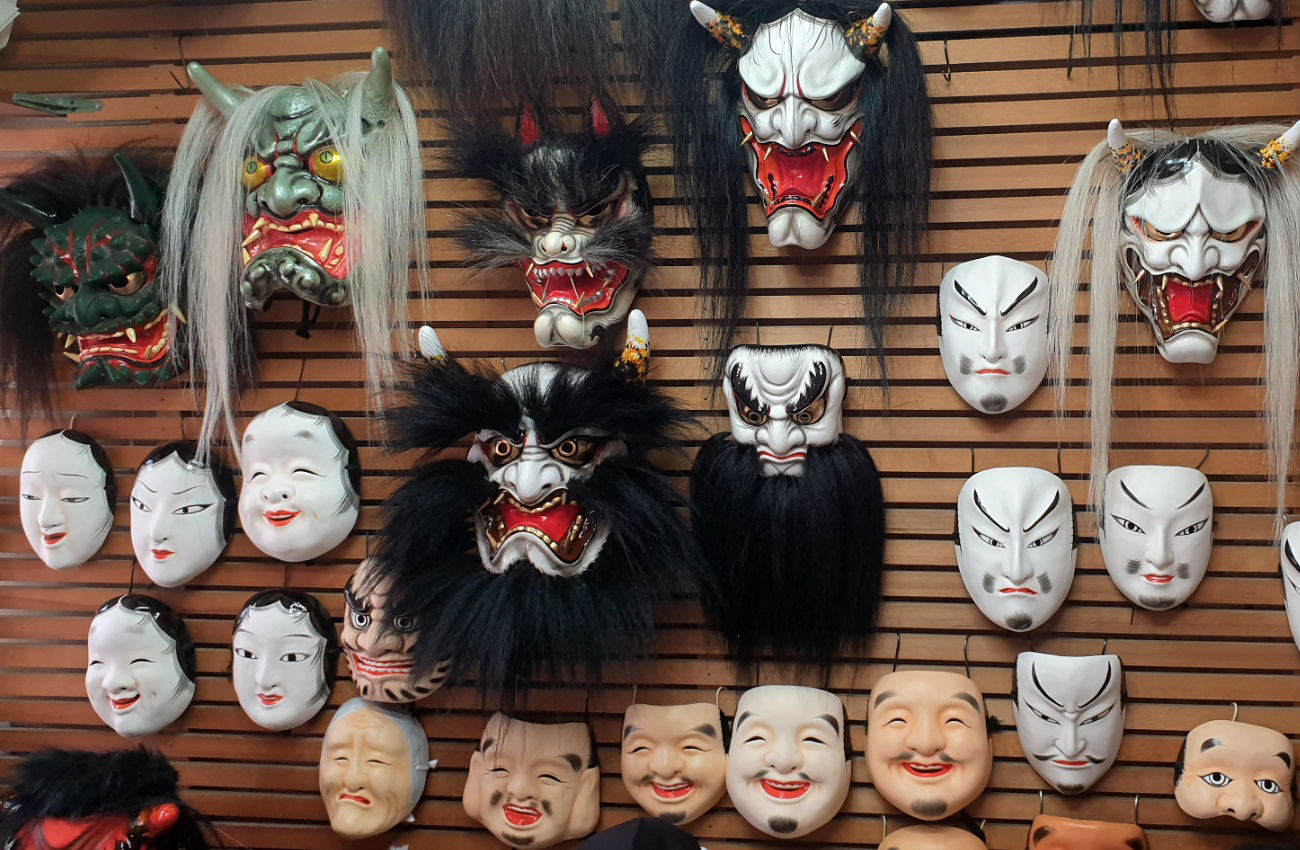 Now the masks. Kakita Katsuro Mask Workshop’s walls are adorned with faces of past characters, demons and creatures. Each mask takes about one or three months to perfect. In the backyard, the sound of clay molds being cracked to reveal washi paper masks fills the air, and mixes with the smell of burning as craftsmen push holes in the washi using metal sticks to add finishing touches like eye holes and hair. 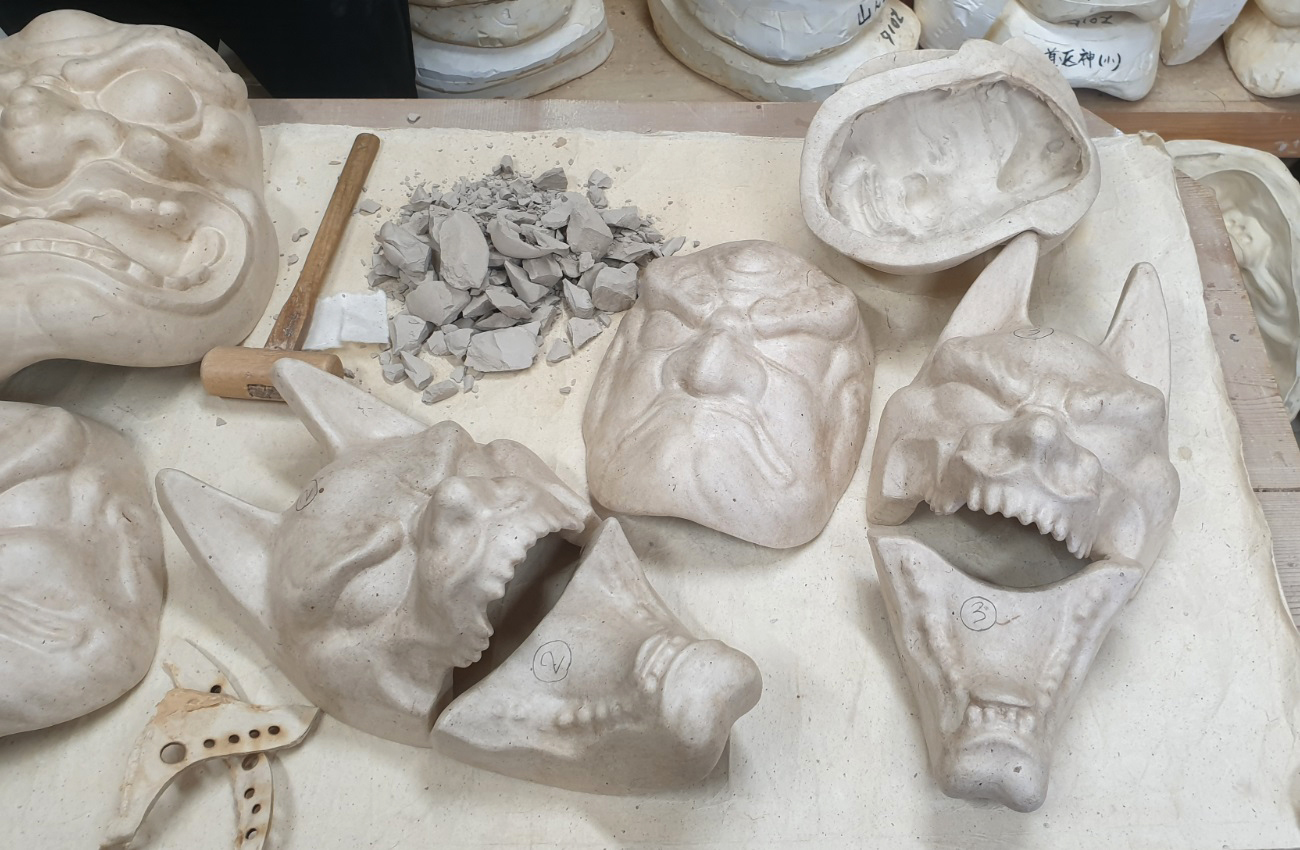 Stepping into Iwami is to step into a land of mythology, where time slows and tradition still prevails. To plan your own adventure to Iwami, head to this link for more information.