“Noh in The Garden” at Tokyo Metropolitan Teien Art Museum

Japan’s rich traditions have continued to captivate not only an entire nation for countless generations, but also millions of people worldwide. Among those highly celebrated customs is noh, an ancient Japanese art form that combines both the visual and theatrical in one of the world’s oldest forms of thespianism.

From Oct. 11 to Oct. 12, the public will have an opportunity to attend a special noh event organized by the Arts Council Tokyo and the Tokyo Metropolitan Foundation for History and Culture. The rare two-day event — titled “Noh in the Garden” — will have Japan’s most distinguished noh actors convene to perform two well-known plays in the picturesque gardens of the Tokyo Metropolitan Teien Art Museum. The two performances, “Kurozuka (The Black Mound)” and “Funa-Benkei (Benkei on a Boat),” are both dynamic pieces that delve into the reaches of humanity and can be appreciated by both noh aficionados and first-time viewers alike. 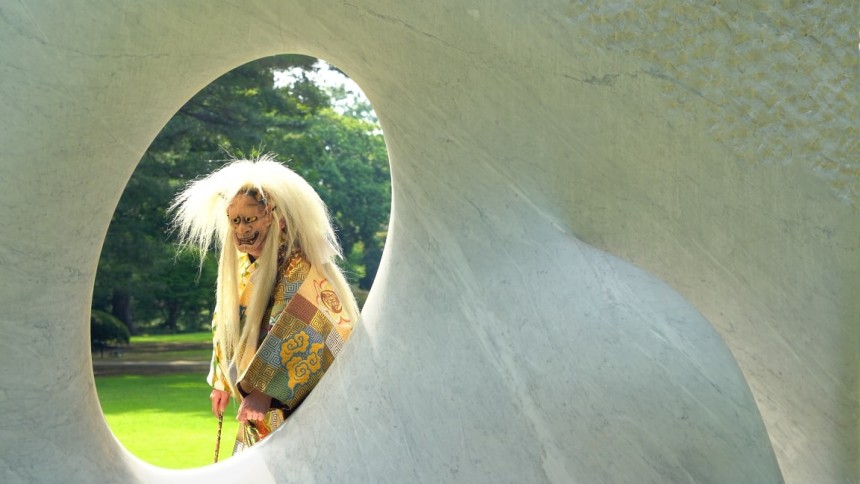 Friday’s performance, “Kurozuka (The Black Mound),” tells the story of Buddhist monks who come upon the legendary demon hag Onibaba in Adachi, but escape through the power of their prayers. Assuming the main role is Seiji Kagawa, a walking dictionary of modern noh and a strong advocate for the promotion of Japanese culture in Japan and overseas. Kinya Hosho, son of late National Treasure Kan Hosho, will also perform in the piece, along with Mansai Nomura, world-renowned kyogen actor and chief executive creative director of the Tokyo 2020 Olympic and Paralympic Games’ opening and closing ceremony.

Saturday’s performance, “Funa-Benkei,” centers on the historic relationship between General Yoshitsune and Benkei, his mighty retainer, as portrayed by Shizuka Gozen, Yoshitsune’s lover. Takehito Tomoeda, Kanekichi Tonoda and Yukio Ishida, all respected players in the noh community, will be performing this piece. Tomoeda, the grandson of the late Kikuo Tomoeda, had his first performance at age three and has been certified as a “Holder of Important Intangible Cultural Property.” Through these intimate performances, the event intends to lift the mask of mystery from the age-old art and showcase its majesty. 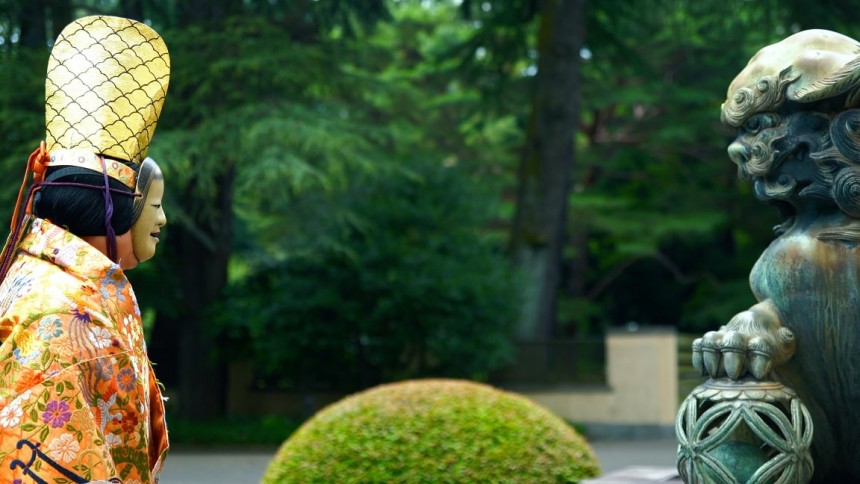 Noh dates back to the 14th century and remains a widely celebrated art form today.

The event also includes workshops in which participants can try their hand at traditional instruments and stage props. Workshops and commentary will include English interpretation and English subtitles will be projected onto the screen during stage performances. Participants will have the opportunity to get up close and personal with this age-old theater within the exceptional grounds of the Tokyo Metropolitan Teien Art Museum. “Noh in the Garden” offers a valuable cultural experience not always available for the public to openly explore, making it unmissable for those fascinated by Japan’s ancient arts culture.

Performances and workshops will be held outdoors. In case of rain or unforeseen changes in the weather, the event will be held at the Kita Noh Theatre. Venue alterations will be announced on Tokyo Tradition’s website and social media (@tyo_tradition) the day before the event. Check this event posting or the official website for further details.