The biggest film of 2017 in Germany was the based-on-a-true-story My Blind Date with Life. The title in Japan translates to “The 5% Miracle,” which refers to the remaining eyesight of the tale’s hero. An idealistic young man (Kostja Ullmann), the visually-impaired protagonist is determined to avoid white canes and refuses to tell any of his coworkers about his disability when he goes to Munich to land his dream job at a luxury hotel. Starts January 13 at Shinjuku Piccadilly (3-15-15 Shinjuku, Shinjuku-ku; www.smt-cinema.com) 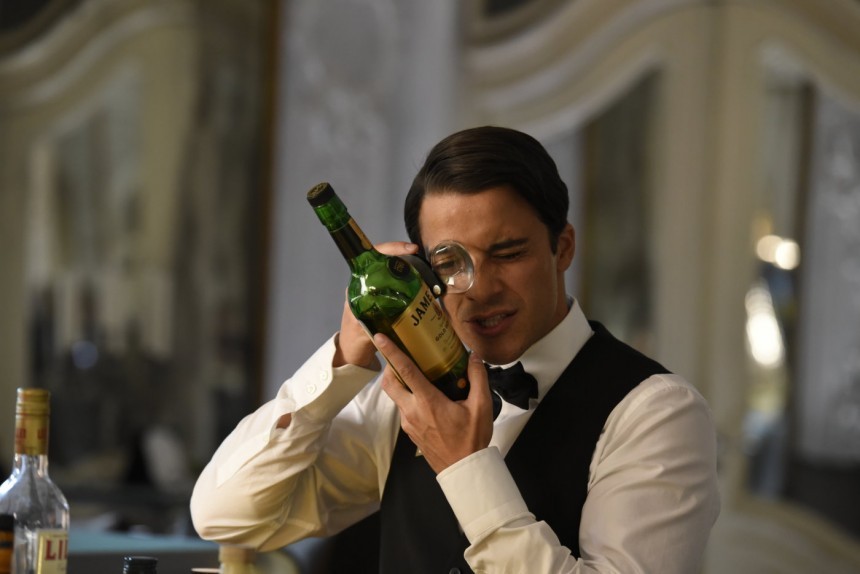 Hiroshima-born director Nobuhiro Suwa has been working with French actors and locations for some time now. His previous film Yuki & Nina focused on a girl who is shuttled back and forth between Paris and Kyoto when her parents decide to divorce. With his latest, The Lion Sleeps Tonight, he goes full French. The film follows an aging actor (the legendary Jean-Pierre Léaud) who returns to the now-abandoned home of the love of his life to find it being used by a group of student filmmakers as a location for their horror flick. Playing from January 20 Yebisu Garden Cinema (4-20-2 Ebisu, Shibuya-ku; www.unitedcinemas.jp/yebisu)

Maverick Hungarian director Kornél Mundruczó follows up his powerful dog allegory, White God, with a new work that touches on current world events: Jupiter’s Moon. The visually inventive film focuses on a Syrian war refugee who is shot crossing into Hungary, where doctors discover that he can levitate at will. The superpower is never explained, leaving audiences to interpret its meaning. Starts January 27 at Wald 9 in Shinjuku (3-1-26 Shinjuku, Shinjuku-ku; www.wald9.com)

Prolific French actor Vincent Cassel grows a beard to play the post-impressionist painter in Gauguin – Voyage de Tahiti. The story starts with Gauguin fleeing the strict morality of Parisian society in 1891 for French Polynesia, where he reinvents his artistic style and lives in solitude before finding love with a young local woman. Starts January 27 at Cinema Qualite (3-37-12 Shinjuku, Shinjuku-ku; http://qualite.musashino-k.jp)