Get up and close in Miyakejima

Want to tick something off your bucket list? For outdoor enthusiasts and animal lovers alike, swimming with dolphins is right up there. However, swimming with them in unnatural settings, such as aquariums or dolphin parks, is proven to be entirely inhumane and depressing. Why encourage a practice that pens these intelligent animals up, when you can swim alongside of them in their natural environment? And all within Tokyo Prefecture! 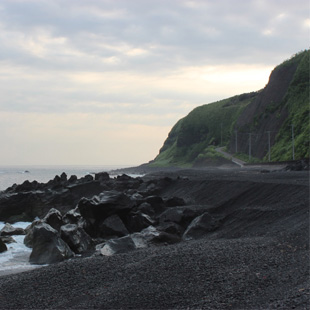 Flipper awaits near beautiful Miyakejima: an island nearby, yet worlds away.

Miyakejima is one of the Izu Islands in Tokyo Bay, located 180 kilometers southeast of Tokyo and still considered part of the prefecture. It’s most famous for its temperamental volcano, Mount Oyama, which has violently exploded six times in the last century, forcibly evacuating the residents and leaving behind fields of hardened black lava and random relics. In fact, the island was completely uninhabitable from 2000 to 2005, as Oyama emitted tons of toxic sulfur dioxide. The majority of the residents returned thereafter, though were forced to acquire gas masks in preparation. (Check out Google Images!)

Though the volcano continues to rumble, with a third of the island completely closed off, visitors to the island can presently enjoy the island’s onsen, lava tours, and undersea adventures. Scuba diving is definitely an option, as always the case around the Izu Islands, but Miyakejima’s main draw is its wild dolphin population on neighboring Mikurajima. Hundreds of Indian Ocean bottlenose dolphins call Mikurajima home, thanks to its nutrient-rich Kuroshio current which flows around the island. With March to November being the best season to visit, tourist boats from Miyakejima make the 40-minute journey over for close encounters of a special kind (¥7,000). It is possible to stay on Mikurajima, but Miyakejima has the better infrastructure for tourism, despite the threat of Oyama losing its cool. 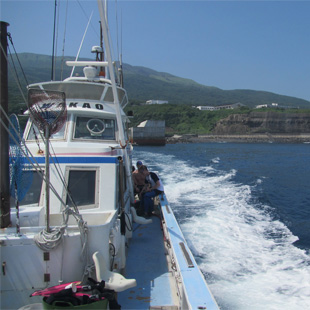 If you’re lucky, the weather will allow for some sunbathing enroute. Just make sure to apply sunscreen and pop a sea-sick tablet if you’re prone, before boarding no matter how promising the ride seems. Once the boat reaches Mikurajima, you’ll notice several other tour boats all out looking for the same thing. But do not fear: the dolphins move so fast that no boat stays in the same area as another. From atop a watchtower on the boat, the crew leads the way toward a pod of dolphins, attempting to intersect their line of swimming and put us visitors face-to-face. Once this happens, the process is simple: get ready, as in put all your gear on and dangle one leg over the boat. Then, when told, jump in and swim in the general direction to which the crew is pointing and yelling. Whether you actually come face-to-face with a dolphin is a bit of a gamble, but you’re all but guaranteed to see them in some fashion.

It’s important to remember that the open ocean is not a dolphin park, so no petting, feeding, or attempting to smooch a dolphin. They are animals, with teeth, so respect is key. That said, the dolphins are rather curious and will have no problem inspecting the aliens infiltrating their world—or your various recording equipment. The calmer you are—don’t thrash—the more chances you will get to observe the dolphins just doing their thing: talking to each other, tending to their young, spinning in circles and upside down, and just being silly. With luck, you’ll be rewarded with a soundtrack of piercing squeals of communication you’ve probably only heard in movies. 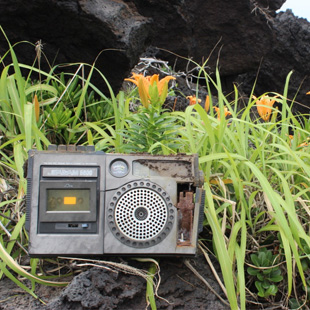 In order to get the perfect close encounter, be prepared to jump in and out of the boat multiple times over a two hour period. There may be times when you jump out and don’t see anything, which can be very tiring and frustrating, especially if you’re not accustomed to swimming. To prepare yourself, it’s advised to take a snorkeling lesson beforehand, especially if you have never swam in open water. For those that need a rest, pay attention to the bow of the boat, where dolphins often play as the boat moves to the next location. This is where you can see them doing jumps and flips, as if fully aware of their captive audience.

The experience in Mikurajima is truly magical and is quite unlike what’s happening in other parts of Japan, in dolphin terms. Thus, support a real porpoise and make the trip. (Gas mask optional.)