Built in 1972, the Nakagin Capsule Tower was designed by Kisho Kurokawa to be renewed every 25 years, thanks to its innovative design of replaceable capsules.

Kurokawa was part of the Japanese ‘metabolism’ architecture movement, which dictated changeable, sustainable buildings in an ideal world, and Nakagin Capsule Tower is highly regarded as one of the movement’s most recognizable and complete constructions.

Unfortunately, the building fell into disrepair without a single one of the capsules replaced. In 2007 it was served with a demolition order, leading to renewed interest from the creative world. People decided to try and save the structure by buying one of its 140 capsules.

Gradually, several community groups developed, full of people passionate about the tower, hoping to save a piece of architectural history. With events, Facebook groups and even a book that raised over 7 million yen for a preservation project, the Nakagin residents were active and unstoppable.

These people are musicians, architects, designers and more; from Japan, Spain and beyond, each with a story to tell about what attracted them to Nakagin.

We spoke to a couple of the Nakagin community’s characters; an architect and a DJ — some of the last people to spend time in the capsules before its demolition.

First up is Cosplaykoechan, a DJ who used the capsule as a studio to live-stream her sets when COVID hit. A core resident of the tower, she sells tower merchandise and was part of the creation of ‘Nakagin Capsule Style’ and the most recent ‘Memories of Nakagin.’

“For me, the Capsule Tower is a flying saucer. From the moment I found out it had landed in Ginza, I was charmed by its otherworldliness. For Kurokawa to have designed and built such a special building, I wondered if maybe he was an alien, too.

After living in it, this thought got even stronger. Spending time in the capsule was so extraordinary, it felt like space and time became warped. It didn’t seem old at all — on the contrary, it seemed to be almost too new.

That said, I have especially enjoyed meeting the other occupants and people who have taken an interest in this spaceship. Spending time with other people who have so much love for the tower has been so much fun that being inside is like flying in a different space and time.

I think that it is such a shame that Japan will dismantle the building without appreciating its true value. But I’m hopeful and excited, as we are going to take it apart and remove [the capsules], which is actually not so different from the original Metabolism concept.

I feel so fortunate that I was able to board this shining spaceship. I’d like to continue on this journey with thanks, and love.” 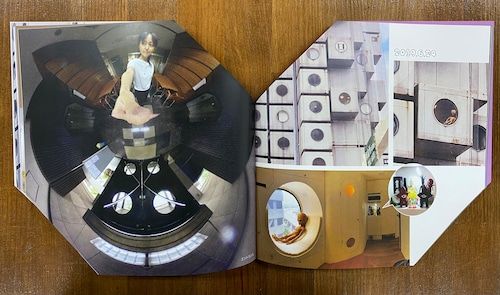 While many people bought or long-term rented the capsules, short-term rents from 1-6 months were also popular.

Reo Akiyama is an architect at Sou Fujimoto’s office and a former resident of the tower who spent six months living in the 10㎡ capsule space. We asked what Nakagin means to him: “Nakagin is a world-class piece of Japanese architectural heritage, designed by a Japanese architecture master. 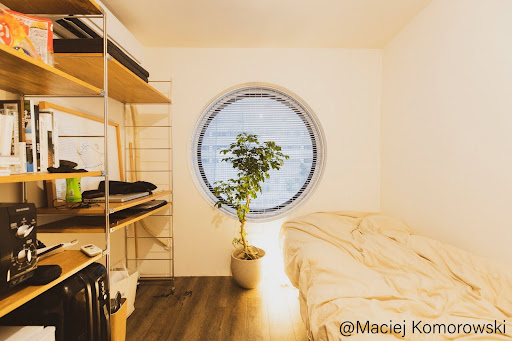 “While the Nakagin Capsule Tower is a structure based on the concept of Metabolism, it is not simply a building designed by Kurokawa. It is an architectural concept, made possible through work with designers, such as Kenji Ekuan and Kiyoshi Awazu, and other artisans in various fields.

I believe that the most complete realization of Metabolism — a unique architectural concept that Japan has brought to the world — is the Nakagin Capsule Tower. Metabolism embraces dynamic architecture with its ability to interchange the capsules out from the main structure, embodying sustainability and semi-permanence within the building itself.

Unfortunately, as illustrated with this demolition of Nakagin, the theory of semi-permanence and its potential for sustainability have been somewhat ironically, I think, overlooked. 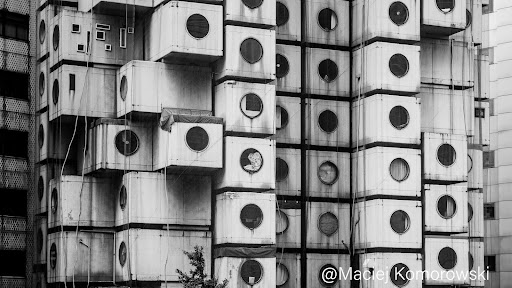 This suggests that architectural sustainability does not equal durability. In other words, was the premise behind the capsule a problem itself?

How about, for instance, if out of the 140 capsules in the tower, every single one of them had been a small art gallery? Or, if the tower was a shopping mall with every single capsule as a different clothing brand? Or, if the tower was a play park and every capsule was a different item of equipment? All these examples show that the Nakagin Capsule Tower had an appeal that could capture the imagination to any extent if it was not bound by existing programs.

To be there when the tower was used as a residential/rental building has been a great experience; to witness an important part of architectural history [being made].”

The tower itself may be doomed, but the capsules will live on, thanks to its creative, devoted community.