The Spirits of Fashion

Tokyo Fashion Week is full of designers who take playing it safe to heart, as visiting journalists and buyers from abroad wonder where the extremes from the streets are on the polished runways. 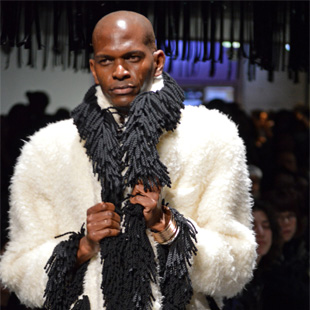 The facts of the matter are twofold: first, Japanese fashion is actually incredibly conservative in the mainstream; second, designers tend to use the runway to show a different side of their brand or draw sharp focus to their collections’ inspirations. Why present it as it’s already worn on the street? However, there’s an undeniable soul of Japanese street fashion that sometimes seems to be missing on the catwalk. Where is the thrill of improvisation, the character of the wearer, the sense of the familiar worn in a new way?

Luckily, Yoshikazu Yamagata’s brand Writtenafterwards is on hand this Tokyo Fashion Week season with a characteristically charismatic collection. It may be easy to dismiss as the stuff of madness, but it really does stand up to very close scrutiny, and moreover tells us something about the current state of Tokyo fashion. 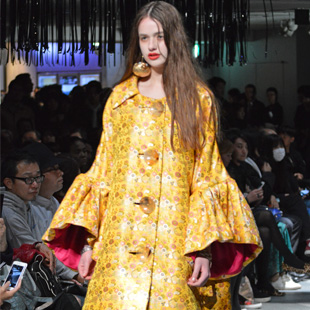 Yamagata has been something of a standard-bearer for the conception that defines the alternative fashion scene: the kind of fashion found in the remake shops of Koenji, the kind of coordinates built from high, low, or fast fashion, that somehow just works. It’s a conception that stands worn by the audience of fashion shows but not on the runway; and on the streets, not in the shops; not reducible to a single look, built as it is on the sum of its parts. Given the collection at hand, it might be wise to describe it as “spirit,” and as the world looks to Japanese fashion, it’s no surprise to see designers make it their muse.

For Writtenafterward’s autumn/winter 2016-17 collection, Yamagata took the world of yokai as his theme—the mysterious bodies of ghosts, apparitions, and monsters of Japanese folklore. In Japanese tradition, a yokai can come from anywhere; the tsukumogami exists as an anthropomorphization of pretty much anything, from neglected umbrellas to kettles. And of course, the extremes of human behavior find themselves the frequent subject of demonic depictions. They are united under a common theme of finding a spirit in all things in the animistic tradition, and identifying that actions and emotion have a sense of spirit that can be articulated in expression. 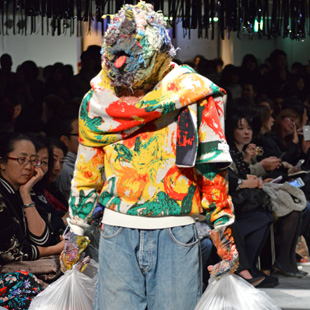 Yoshikazu Yamagata asks, what would the clothes of our wardrobes, and in particular those of the runway, look like as yokai of lore? As something of a provocateur, Yamagata couldn’t help taking aim at European runways, rendering many brands’ iconic ensembles in demon forms. He did this sometimes literally, as in Rick Owens’ own cyclops-themed collection done up as Cyclops verbatim, but items from designers as diverse as Christian Lacroix and Vivienne Westwood found their way onto the catwalk in spirit form. I doubt there’s anyone who managed to spot them all, as the various beasts staggered, swaggered, and danced down the runway.

But there was a greater point to the show beyond the showmanship, in that the fashion does create an aura for the wearer, in how they both look and move. Yamagata hammered that point home with many models restricted by high geta sandals, making their presences imposing, and their gait stuttered: the final model wore a heavy dress in thick sacking that she had to drag down the runway, barely able to move under its weight. Of course, these examples were used to make the point, but Writtenafterwards also displayed positivity, encouraging models to embrace their outfits and express the pure enjoyment that should come with fashion, a world apart from the usual po-faced models that walk Tokyo Fashion Week.

Ultimately, it was Yamagata’s skill in coordination and styling that brought the work together and best reflected the ephemeral spirit of Tokyo fashion. Outfits were unexpected, unsymmetrical, and layered in ways that took time to deconstruct. The string of models were all their own, with no tangible link between them in terms of silhouette and materials … in essence, it was like walking Tokyo’s streets. It was the spirit of Tokyo fashion.