“I don’t think I’m going to be at all famous,” says a teenage Amy Winehouse at the beginning of Amy, the Asif Kapadia-directed documentary on the late singer-songwriter’s life. As she speaks, in her brazen Cockney accent, the young hopeful is on her way to a record label, where she is to perform a showcase. “I don’t think I could handle it. I’d probably go mad.”

The foretelling quote sets the tone for the rest of the film. By the time of Winehouse’s passing in 2011 as a result of alcohol intoxication, her reputation had far exceeded her art. The media outlets that adorned Winehouse with praises during her rise to fame following 2006’s Back to Black, escalatingly treated her name and lyrics as punchlines, as tabloids documented her struggle with mental illness and substance abuse—a trend that continued until her death. 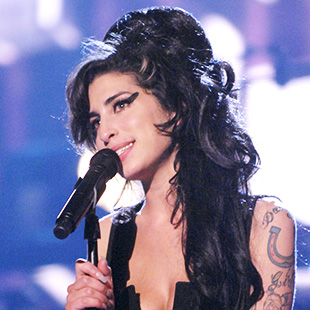 But the person who appears on screen in Kapadia’s documentary is a far cry from the ubiquitous caricature of Winehouse.

The documentary begins with home movies depicting a young, jazz-loving Jewish girl from Camden, as she moves into a London flat with her two girlfriends. Fresh-faced and playful, Winehouse would serenade pals with “Happy Birthday,” and the earthy voice the world would come to know glided over the notes with ease and an almost-childlike blithe.

“What was really interesting was that a lot of people got really emotional when she was young and happy,” recounts Kapadia, in an interview courtesy of entertainment company Valeria. He states that audiences had never seen a positive Winehouse during her life under the spotlight. “Is it sad that they thought she was just miserable and lost all her life?”

Kapadia fuses home movies with the voices of the singer’s family and friends. The footage is periodically interspersed with Winehouse’s music at strategic points in her story, with lyrics emphasized on screen, allowing the singer to help narrate her own story through her work.

“I wanted to see Amy. It’s about her. I want to see her eyes and I want to see her face,” says Kapadia, explaining his directorial choice, and how he applied this to 2010’s Senna, a documentary on the late Formula One racer Ayrton Senna. “It has weirdly become my style. I don’t like talking heads. I’m not interested in seeing that person, as it takes me out of the film. Whereas watching [Amy], it’s

about her. Her face for me is so expressive; you just want to keep watching her.”

The director adds that the journey of those in Winehouse’s life, told through videos, photos, and audio clips, contribute to the singer’s biography. But it’s the expressions on Winehouse’s face that tell a darker tale—particularly the gradually fearful reactions she has to cameras, whether being filmed by her husband or the paparazzi, during her struggles with relationships and family, that ultimately led to her dependency on drugs and alcohol.

At a certain point, the film stops being a story about a singer with addictions, but rather one of a person with mental struggles who lacked the right kind of support around her. (And yes, she did go to rehab—multiple times.) While fame is an entity that exploited and enabled her, it also served as the funhouse mirror that distorted Winehouse’s depression to the eyes of the public. 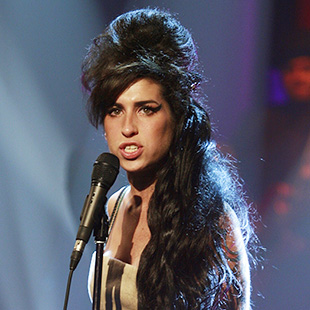 Of course, the film is strictly about Winehouse. But it’s difficult to not connect the public’s treatment of her struggles with how mental illness is treated in Japan. Clinical depression and its variants are still stigmatized and thus swept under rugs in Japanese society, resulting in little available support. The documentary shows Winehouse being dehumanized into a joke and tabloid fodder, which isn’t too far off from the reduction of people who attempt or die by suicide, into statistics and excuses for train delays.

“They were talking about Amy Winehouse,” Kapadia recalls, when pitching the movie to some U.S. film executives. “And somebody else said to me, ‘Oh, why do you want to make a film about a junkie?’ There is that kind of perception, where people just throw away somebody. It’s probably going on in your country … and everywhere. I don’t know who they are; you might know. Even if they are not famous, it’s going on. It’s too easy.”

While he wasn’t necessarily a fan of Winehouse’s upon starting the project, Amy celebrates the singer’s virtues and has given Kapadia a newfound appreciation for her.

“[Winehouse is] really cool—very funny, intelligent, and very special. She is the kind of girl where you wish you could have hung out with her. When I see that young [footage] of her being ordinary and so at peace with herself, I think that she’s quite special. There is also something about her being so ordinary, which is also what I can relate to, I suppose.”

Amy out Jul 16, at Kadokawa Cinemas in Shinjuku and Yurakucho, and Human Trust Cinema Shibuya. http://amy-movie.jp