Torching the plains of Tochigi

The Watarase Wetlands of Tochigi in Japan is an expanse of wilderness covering approximately 3,300 hectares (12.74 miles²). Every March, there is a prescribed burning of the yoshiyaki (grass). This process involves setting fire to a large area of the landscape in order to manage and maintain the land, as it allows the soil and vegetation to be replenished year on year. The burning eradicates unwanted insects, thatch and overgrown plants, and leaves the soil in a healthier condition to encourage new growth in the future. It also ensures that unpredictable forest fires are less likely to ignite. 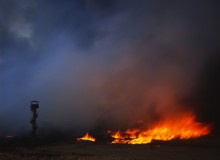 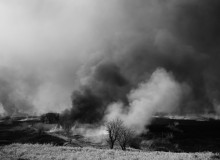 All images by Alan Black 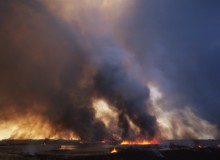 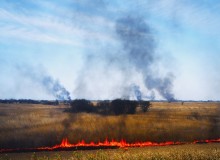 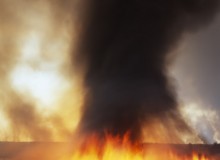 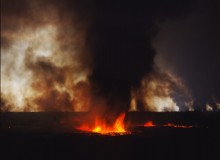 The extensive reed bed supports a diversity of flora and fauna, and during the incineration process the area looks almost like an apocalyptic war zone. The dramatic scenes presented during the burn are a sight like no other, and this is what instigated my desire to photograph the event. Countless spirals of smoke rise in the air to form huge ash clouds, and an intense heat radiates from the burning shrubbery.

There is a price to pay for this dangerous practice, however, as many small creatures perish during the burning. Regrettably, there have even been human fatalities over the years, despite the efficient organization and disciplined safety procedures undertaken by Japanese workers and firefighters. 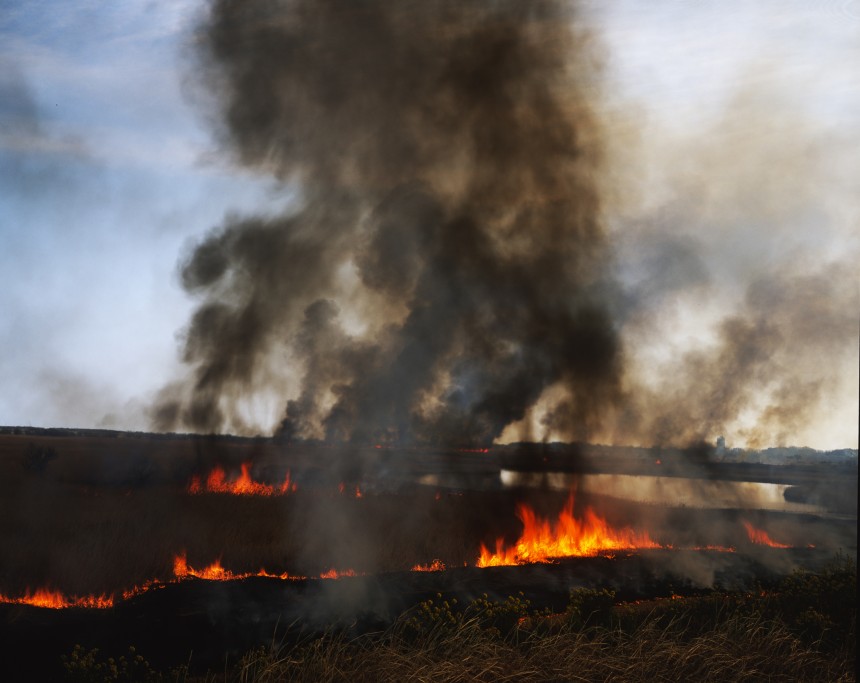 Previously, local residents were understandably opposed to the continued burning of the wilderness, and it didn’t take place in 2012. However, this had a negative impact on the land. It was evident that the absence of the annual incineration subsequently led to disappointing growth of reeds and some species of rare plants the following year.

There is also ongoing concern from the local people, as well as the wider community, that such extensive incineration presents a health hazard related to respiratory illness. Additionally, and even more alarming, there was evidence of radioactive particles from the Fukushima fallout embedded within the dense undergrowth, and fears that the plumes of smoke will carry these particles as they become airborne and rise into the atmosphere.

All this surely raises the moral question of whether the endangered plant life should take priority over the health of humans.