It may be one of the city’s shorter subway lines, but the Tokyo Metro Hanzomon Line puts pause to the maxim that size somehow matters. Whisking its passengers between 14 stations, the famous purple line runs the central Tokyo gamut of high-powered entertainment and local respite, offering a fascinating discovery of Tokyo’s many faces.

The line’s first station, Shibuya, is no stranger to never-ending energy thanks to locations like Shibuya Sky. Occupying the area’s highest elevation at 230m, this relatively recent addition to the Tokyo skyline features a 360° open-air observation deck, some of Japan’s most jaw-dropping views from its ‘Sky Edge’ corner, as well as three floors of digital art, dining and entertainment.

Up next is Omote-sando Station. Introducing its visitors to a world of contemporary sophistication, a deeper look unveils a spirit of intellectual rebellion. Takano Choei, a 19th-century physician and scholar, is buried at Zenkoji Temple. Sent to prison for criticizing the government, Choei escaped, went into hiding and then was tragically killed while trying to avoid rearrest. 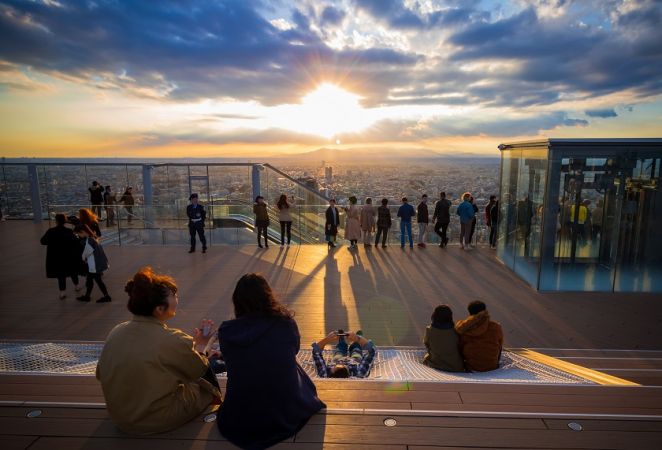 Framed by the fall brilliance of the tree-lined Jingu Gaien Gingko Avenue is Aoyama-Itchome Station. Home to one of the world’s great Michelin-starred restaurants in Narisawa and its seasonally innovative cuisine, the station also offers access to a more homely dining experience. Akasaka Shinobu Sushi, a 14-seater neighborhood favorite, packs a down-to-earth character with value-laden sushi lunch sets and take-away bento meal boxes.

Stepping past the Supreme Court, government residences, and political party headquarters, visitors from Nagatacho Station will find impressive blasts from the past with the Oishi Fossils Gallery and the National Theater of Japan. The former houses fossil specimens 100 million years in the making, while the latter features heritage-listed bunraku puppet shows and the equally recognizable bombastic plays of kabuki.

Next, history and elegance work their magic around Hanzomon Station. The splendid Hanzomon Gate, standing watch over the Imperial Palace moat, was once guarded by legendary ninja master Hattori Hanzo. Along the same moat lie the supremely photogenic cherry blossoms of Chidorigafuchi Park, while the free admission to the Buddhist artworks of the Hanzomon Museum is no indicator of their quality. 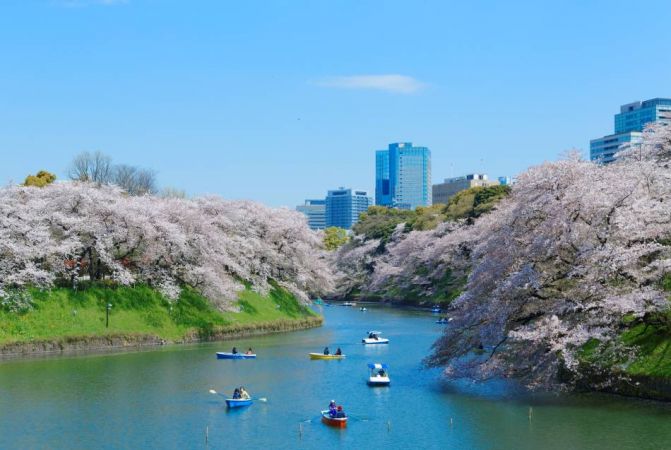 Kudanshita Station provides easy access to the iconic Nippon Budokan. The entrance to this martial arts, sports and concert arena is the historic Tayasumon Gate. Originally built in the 17th century, the gate is now an Important Cultural Property and was once part of massive Edo Castle. Beyond it lies unheralded Kita-no-maru Park, the northernmost point of the once-mighty castle and a public space of surprising serenity.

Surrounded by a burst of publishing houses, universities and the secondhand bookstores of Yasukuni-dori avenue sits Jimbocho Station. Along with the bookish vibe are plenty of retro cafes like Milonga Nueva with its roasted coffees and Argentine tango rhythms, as well as the caffeine hits of Sabouru Cafe, established in 1955 and home to an almost surreal log cabin-like design with retro smoothies to boot.

Across from Otemachi Station sits the Imperial Palace with its attendant gardens, free museum and Edo Castle ruins. Nearby, however, wedged between some of Tokyo’s most expensive real estate, is a shrine to 10th-century Imperial usurper, Taira no Masakado. The self-styled ‘New Emperor’ was eventually captured and beheaded for his affrontory and his shrine continues to evoke cautious glances from a steady stream of visitors. 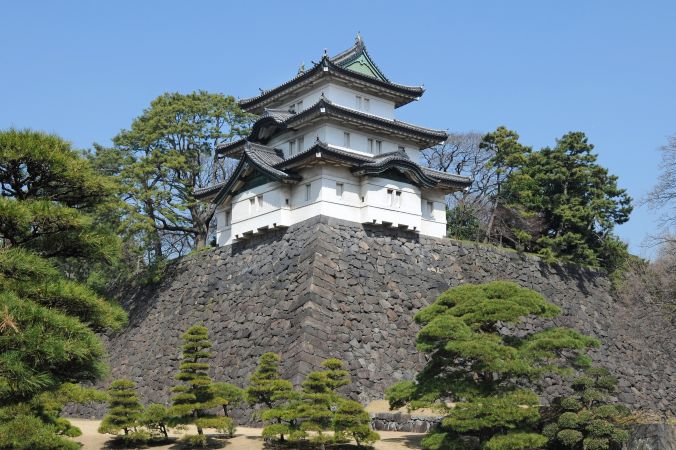 Infusing the wealth and heritage surrounding Mitsukoshimae Station lie a smattering of high-end traditional Japanese confectionery stores. Imoya Kinjiro specializes in Japanese sweet potatoes, offering up a swathe of confectioneries including their ever popular chips fried in olive oil. A more exotic flavor is Kakuozan Fruits Daifuku Benzaiten, with fruit-filled balls of mochi rice cake ranging from strawberry and kiwi fruit to persimmon and muskmelon.

Best known for Suitengu, an Edo Period shrine devoted to childbirth, Suitengumae Station nonetheless offers some unexpected cuisine choices. Michelin-starred Takagaki no Sushi stands out with its red rice and six-seater dining experience. International options include Xibei Ramen, a bar with a local vibe serving Chinese hand pulled halal noodles, and the elegant Occitanial with its appeals of French-inspired cakes and macarons.

At Kiyosumi-shirakawa Station, it’s hard to go past the extraordinary Kiyosumi Garden. Seated within the equally beautiful Kiyosumi Park, the garden was once the residence for an Edo period merchant and is now recognised as a Place of Scenic Beauty. Surrounding the park are a slew of coffee shops including Tokaku Coffee, a modern-day cafe that has gone for the old-school approach with its quality drip coffees. 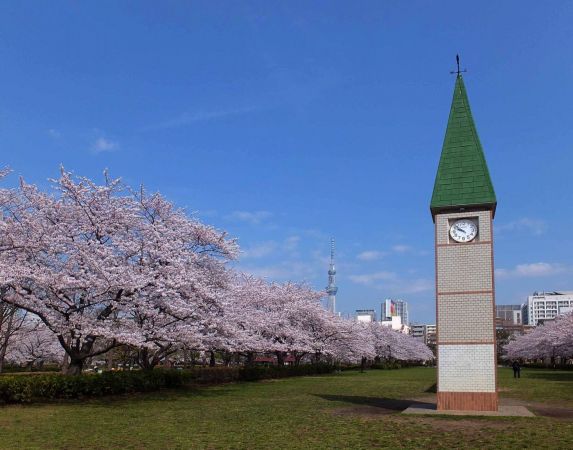 Moving on, Sumiyoshi Station offers up the uniquely cheerful Oeuf. Locals continually make a beeline for the handmade treats of this popular cakes and confectioneries store. Walking away with a few bites to eat and heading off to the nearby Sarue-onshi Park is par for course. A former lumberyard, the 200 cherry blossoms make this huge suburban green space a spring photo dream.

Kinshicho Station reveals an air of community. Sauna Kinshicho, a public bathhouse and capsule hotel, offers up the challenge of its infamous 120°C sauna while in August, it’s the Kawachi Ondo Bon Dance Festivals that appeals. Once held only in Osaka, this 2-day cultural event now attracts up to 30,000 revelers thanks to its rough & ready dance and folk music appeal.

The Hanzomon line officially ends its relatively short run through central Tokyo at Oshiage Station. Gateway to the 634m-tall modern tower behemoth that is Tokyo Skytree, the station also sneaks in the little 14th-century shrine, Oshiage Tenso. The vintage mikoshi portable shrines here complementing the contemporary Skytree tower backdrop is a fitting reminder that a glance at central Tokyo through the purple line is never just a single one.