In 2003, members of the Tokyo metropolitan assembly launched a campaign against Nanao High School. This was in response to learning of their “extreme” sex education courses that involved songs and dolls to teach students about their bodies. Disregarding the fact that these were parent-approved, The Tokyo Metropolitan Board of Education seized all materials and condemned the teachers involved.

“One of the main reasons for sex-ed lagging behind is the policy in national schools,” say June Low, a sex educator from Malaysia and creator of Good Sex Ed. Low agrees with local experts in the field who say that the almost 20-year-old case is a large contributor to the backwardness of contemporary sex education in Japan. She adds that while there may be a cultural barrier due to the sexual squeamishness that exists in local households, “at the same time you have an opportunity in schools to fix this, but you don’t.”

Indeed, while the Supreme Court ruled ten years later that the actions taken by the Board of Education were wrongful and illegal, the de facto result? Japanese schools now teach sex education through a rigid, gradual approach. Reproduction is learned through diagrams depicting fully-clothed people. Ethics textbooks talk about “Life Roles” describing the mother as someone who should prioritize domestic obligations over her career.

Speaking on the implications of this type of sex education in Japan, Low warns that the lack of education and knowledge on contraception puts people’s lives at risk. “It’s not as simple as believing that if they don’t know it they’ll learn it later on. Some people make decisions that are hard to go back on. Some people are subjected to acts by people who are not held responsible for their actions and they can’t recover from that.” 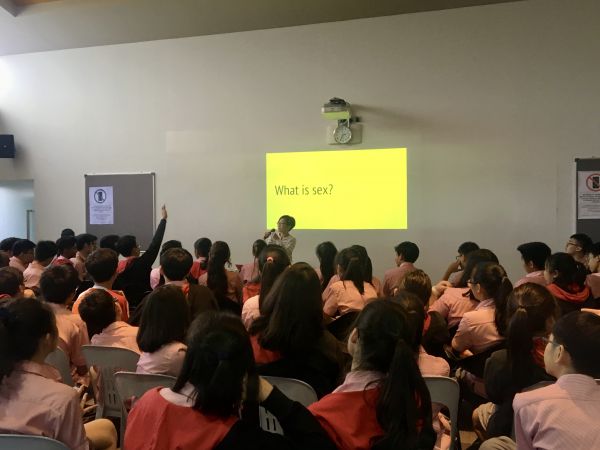 Among topics of concern around contraception and consent, value-driven issues of gender equality and sexism are also prevalent repercussions of the lack of comprehensive sex education in Japan. “Sex-ed is about attitudes as well. Why are men still sexist? Why are women still expected to be cooks and baby machines? Those are issues addressed in good sex ed. In fact, gender equality is a big part of sex ed. Why are trans people still not getting proper healthcare for their unique needs in a country that is known for universal health care?” Undoubtedly, sexism exists at a political level, an example being the Japanese government taking nine years to approve oral contraceptives for women, while Viagra was approved in only six months.

However, Low reminds us that while the lack of sex education is extensive in Japan, it is not a problem unique to here. “It’s a world problem. We can criticize the availability of sex-ed in the country but it’s in short supply the world over.” Undeniably, with events such as the recent reversal of Roe v. Wade and rising numbers of domestic violence in Europe, the West can no longer be seen as the North Star when it comes to the advancement of contemporary education.

Ultimately, as Low summarizes it: “The human cost is huge when you don’t provide good sex education.”

Globally, sex education is still frequently known as lessons on reproductive health. However, educators like Low are challenging this through comprehensive teaching. Her Good Sex Ed courses for kids have been developed in line with UNESCO’s International Technical Guidance on Sexuality Education. In addition to being informed by the latest scientific evidence, the UNESCO Guidance is firmly grounded in numerous international human rights conventions. Low believes that it is only through understanding how other people’s rights are often violated, that one can understand how one’s own rights could be violated. 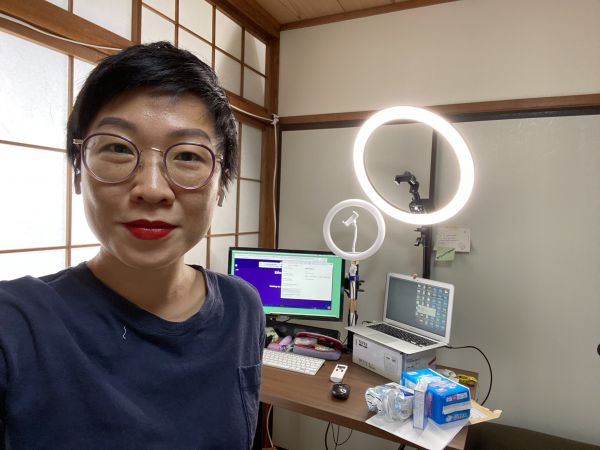 As part of her courses, Low teaches a broad range of topics including body image issues, human rights issues, genetic modification, skills to communicate consent, and even current affairs such as, the Johnny Depp and Amber Heard trial, as well as the #FreeBritney movement. In class, students are always encouraged to share their opinions. They participate in debates that help them learn to structure their thoughts and express themselves clearly. “It has everything to do with sex-ed.”

“How do you get a kid to assert something? To say something? To know that something is not right? They have to know right from wrong and they also have to know it’s alright to speak up. That their opinion matters. Most importantly, they have to know how to express their opinions clearly,” she continues. These broader conversations she has with her students allow them to understand the many issues presented by the pressures of the world today. While imparting knowledge, Low aims to help build skills and attitudes, helping them navigate relationships, health and safety.

Throughout her interview with Metropolis, Low speaks with passion and urgency. Her goal of giving people the option of choice and opportunity through knowledge is at the heart of her work. While she states that the issues faced in Japan are policy, perception and cultural issues that require a long time to break down, her unwavering commitment and hopefulness for the future of young people and sex education is palpable.

“It is not hopeless. We have seen change happen in the past, and that means there are opportunities for more change to take place. That’s what we should be focusing on, planting the seeds of responsibility in young people.”

To learn more about June’s online courses and other projects, visit www.goodsexeducation.com. Registration is now open for ages 8-11 and the next course begins in November 2022.
EducationpoliticsschoolsexSexual education

Shir Lee is a Japanese born, Thai bred, half Malaysian social media marketer. You can find her cozying up to a glass of wine in a jazz bar after work.