One of the best parts of the Japanese music industry is the sheer amount of subcultures and scenes that exist within a relatively small space. With around 800 live houses in Tokyo alone, theres a space for everything and the scenes that occupy these spaces are able to thrive through the support of fans and collaboration with other artists in and across scenes. Our new release playlist for September features several such collaborations across a broad range of genres from the hooky hip-hop collab between chelmico and Xavier to a newly recorded version of a Japanese math rock classic. Listen to the full September playlist here and check out some of our highlights below:

Korean-born, Tokyo-raised VivaOla has been making waves in the Japanese Pop/R&B scene since the release of his self-produced mini album STRANDED in June 2020. Not one to slow down, VivaOla has released four digital singles since May this year, culminating in the release of his first full-length album, Juliet is the Moon. The album features a strong lineup of guests including YonYon, ZIN, and starRo and the opening track, “Saving Grace” proves why VivaOla has a promising future in music.

Having only started her music career in 2018 after making a sudden transition from fashion design, xiangyu has earnt a name for herself in the local scene with her wholesome and minimalist approach to making music. In these three short years she’s experimented with a variety of styles and “MANHOLE” proves she’s coming into her own musically. Backed by layers of heavy bass, flute and traditional percussion, “MANHOLE” showcases xiangyu’s quick-fire rapping chops and further cements her distinct originality as an artist.

Xavier is a new project featuring ex-The Chang guitarist Masayuku Ishii, Buffalo Daughter bassist Yumiko Ohno and ZAK (Kazuyuki Matsumura), an engineer who has worked with respected Japanese bands such as Boredoms and Fishmans. This project will feature collaborations with up-and-coming artists, the first of which is Tokyo rap duo chelmico. “Call In Sick” is an energetic and promising first entry from Xavier, laced with bright, 80s dance vibes and a ludicrously catchy hook.

Around 13 years since its first release, Tokyo instrumental math rock legends — LITE — have rerecorded one of their live staples “Infinite Mirror.” The track comes from their recent release, Fractures, which is a collection of collabs, remixes and alternate versions of tracks spanning their 18 year career. Featuring guitarist Tomotaka Tsuji (of cinema staff) the track has been well and truly beefed-up since its original incarnation, more closely representing their current sound. 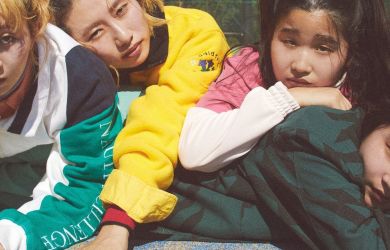 Waater goes all out 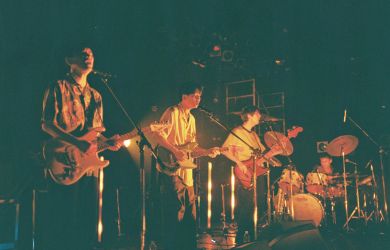 mitsume
Dreamy indie tunes straight from Tokyo (warning, you will fall in love)