Despite its basement hangout concept, Shinjuku’s Brooklyn Parlor is a highly polished take on New York’s subterranean bar scene. The restaurant’s eclectic minimalist interior, complete with brick walls, leather sofas and generously stocked bookshelves, is, on a normal day, an alluring ideal for young hipsters looking for the next “chill” space. It’s only when members of Tokyo-based lo-fi rock band Waater saunter past its curated furniture and bouquet centerpiece that words like “chill” become less applicable than, well, pretentious. 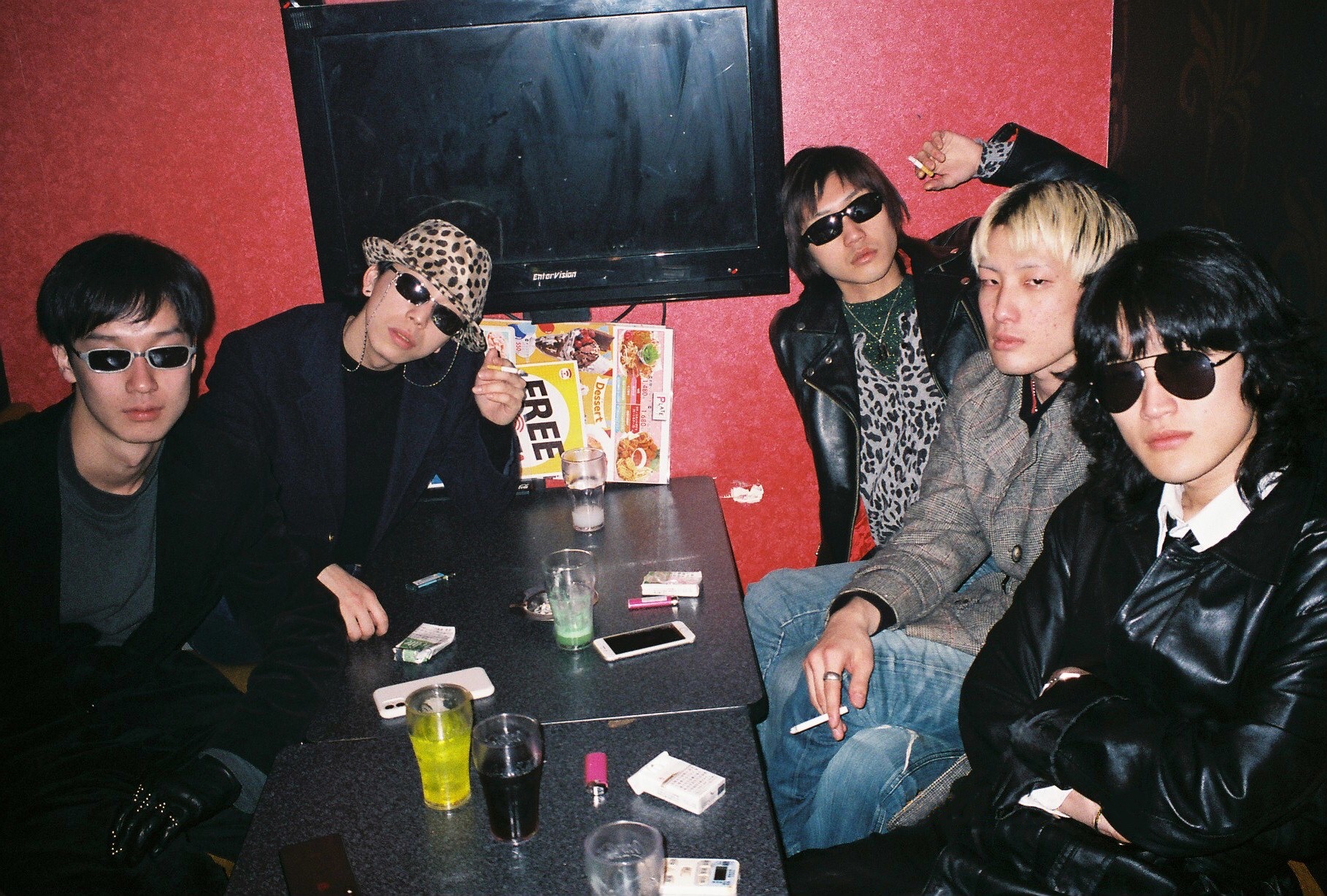 “We don’t go to nice places,” says Yuya Akiyama, whose face is less an expression than it is a pair of tinted sunglasses framed by long, wavy hair. The band’s frontman has a point. Waater, a five-piece indie outfit from Akita Prefecture, exists in an altogether different underground. There’s THREE, a basement venue in Shimokitazawa comprised of cigarette smoke and a tiny corner stage, random abandoned structures in Kanagawa and obscure art spaces on the outskirts of Shibuya. “The scene’s dead,” says guitarist Shion Hosobe, when asked why he joined the band. Unlike Akiyama, Hosobe removes his shades to talk, describing a “lack of energy” in Tokyo’s indie music circuit. “I want to see these bands go all out,” Akiyama adds. “At least, that’s the kind of energy I want our audiences to see.”

I like to think of Waater as a forced merging of opposites.

On stage, Akiyama is the driving force of Waater’s punk prowess. His head convulses in violent, parallel motions to his right hand, which slams out guitar notes that, half the time, render his lyrics indiscernible. The same level of vigor applies to less volatile tracks like “Honey,” a tantalizing surf-rock number from their first LP, Escapes (2019). Akiyama explains the band’s sonic evolution: “We’ve been categorized as dream-pop or shoegaze but those labels just never cut it for me,” Akiyama says. “As our sound expanded, it became harder to hold back. I obviously still love the ‘chill’ stuff, but it became a question of how aggressive can we be? I like to think of Waater as a forced merging of opposites.”


Officially formed in the summer of 2017, Waater began as Akiyama’s solo project. Eventually, he and four childhood friends, Hosobe, Taisei Watanabe (bass), Takashi Kudo (synth) and Taiki Yano (drums), reunited in Tokyo to assemble the band’s current lineup. To date, they’ve put out a four-track eponymous EP, two full-length albums and a bank of DIY music videos which, more often than not, feature low-res clips of Akiyama chomping away at a burger or some other fast food ordeal. Collectively, the members are a fashion-forward crew of 20-somethings unbothered about college degrees or full-time employment. “We’re all gonna die anyway,” Hosobe utters at one point in the conversation.

Frozen, a hefty 32-track LP released earlier this year, is a reflection of Waater’s range of influences, from the members’ introduction to 70s punk music in high school to pop-rock princess Avril Lavigne, Green Day and bohemian skater boy Mac DeMarco. “When I listened to their songs, I didn’t know what they were saying, but I knew they sounded cool. That feeling, of not knowing the meaning but still connecting with it, is what I want you to experience,” Akiyama says. It’s part of why Waater never release their lyrics: music should be, above all, a sensation within. The lead vocalist hints at the possibility of writing songs in Japanese in the future, not because linguistics are integral to the band’s identity, but because he can. “Good or bad, a lot of music today is Westernized. At the same time, I think there are certain things you can do because you’re Japanese, and we try to create from that place,” Akiyama says.

Since the outbreak of COVID-19 in Tokyo, Waater, like so many musicians in the capital, has entered a realm of existential artistry. An absence of live events and general uncertainty surrounding future prospects have lent themselves to the band’s angsty new single, “What’s In My Head.” The titular hook loops over and over, gaining in desperation over reckless guitar loops before halting to a silence — there is no answer. This zone of suspended conviction is perhaps where Waater thrives best. “What’s in my life?” Akiyama posits in the song, but perhaps what he’s really saying is: who knows, who cares?