If you haven’t listened to mistume before, go do it. Head-to-toe a true indie band, they’ve been self-producing their own melody-driven sounds for over a decade and rose into the Japanese music scene from their little rented-out garage practice space in Tokyo.

Continuing on from their fifth album, Ghost in 2019, mitsume released their sixth album, Ⅵ, this March.

“Releasing the album, which represents our days purely working on music in the pandemic, felt like the right thing to do,” says frontman Moto Kawabe. “We honestly enjoyed making it and I hope that joy we had while working on it passes on to our fans.”

Dressed all in white, Kawabe looks just as chill and minimal as Ⅵ sounds. While the band’s previous album featured more uplifting beats with stronger experimentation in synthesizer sounds, Ⅵ is more reminiscent of the group’s early days. 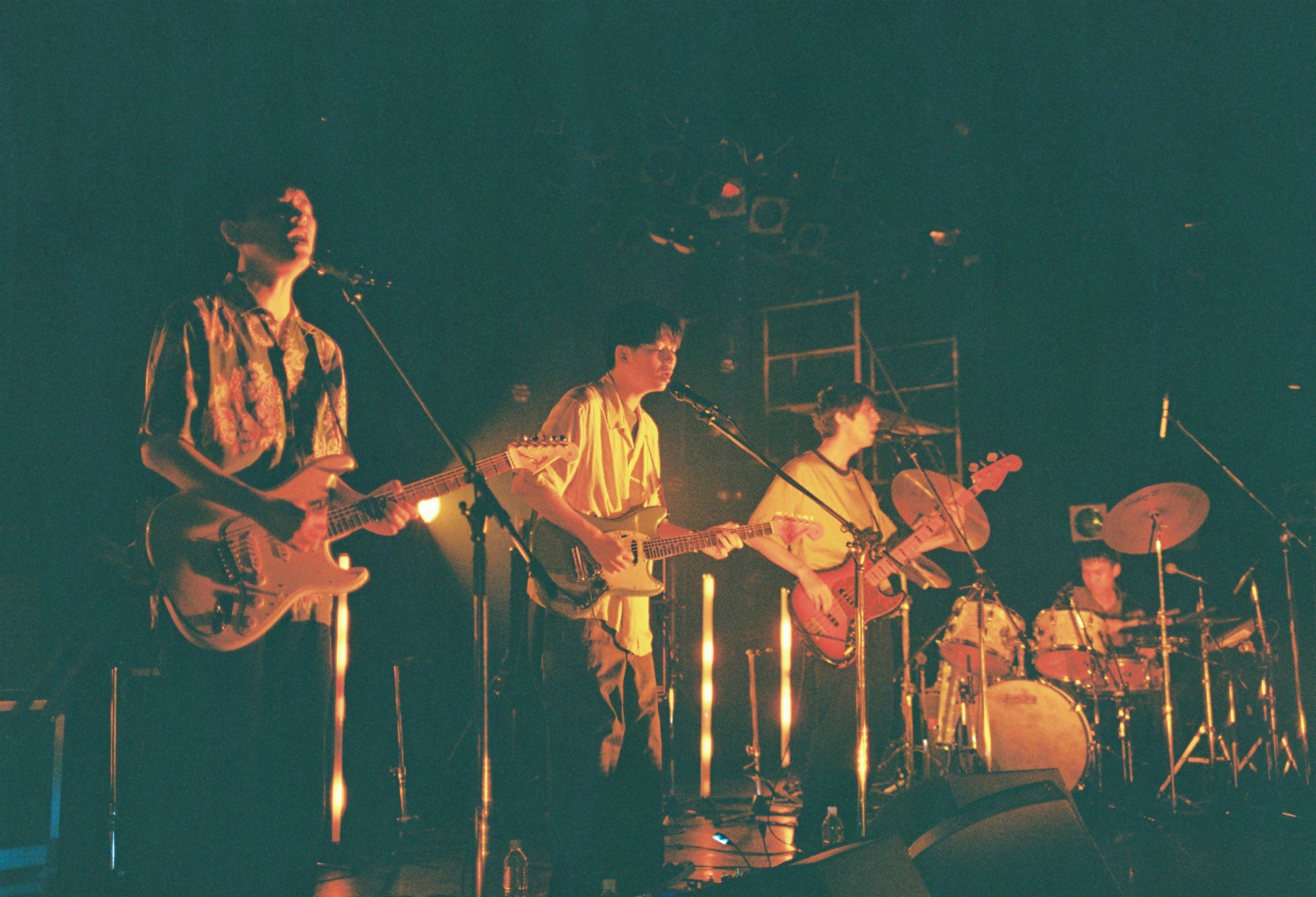 Despite these differences, the albums chime with the same easy-going atmosphere that has threaded its way through all of mistume’s songs since the band’s inception. It’s the phenomenon of this atmosphere that’ll keep you coming back time and time again. It’s something that’s warm and comforting  — even if the tune is minimal or subtly melancholic — it’s an atmosphere that’s best described as an afternoon spent lying in your room, coffee brewing and windows open, curtains ballooning up and melting down in the breeze.

“In most cases, I make my ideas into rough demos and we brush them up while we gather and play around the instruments,” says Kawabe. “But this time, without actually meeting each other, we made half the album by sharing the data and passing it onto one member from another online. If the drummer made the first draft data then he passed it to another member and that member added his part.

“It was like writing a letter. You edit and rewrite it over and over so the person you’re writing to can understand.”

When it comes to writing the actual lyrics though, Kawabe’s aim is in fact the total opposite of  easy comprehension, favoring instead to be abstract and poetic. “I like something that’s not descriptive,” he mentions when asked about the meaning of “淡いそぶり(pale behavior)” in the song “Disco,” from their album titled Eye.

“Pointing out to me that someone’s dead when I’m already looking at their dead body is not very inspiring for me,” he explains. “I like things which make me realize what I wasn’t aware of before. Doing that has always been one of the elements of my songwriting, but I focused on it a lot more for this album.

“In some ways, my lyrics usually reflect the dialogue I’m having with my inner-self in terms of what’s going on in society, or my thoughts on personal events. It’s interesting because the lyrics for Ⅵ were simply made out of the joy of making the album.”

Despite mitsume’s reputation as one Japan’s veterans in the indie rock scene (the group formed a decade ago when they were fresh college graduates), the team hasn’t run out of new things to try. “BASIC” is the first song they wrote in collaboration with another artist. That artist was STUTS, who was a classmate of mitsume’s bassist nakayaan back in elementary school. “Ten years passed and all of us know our relationship as a band is not fragile. It felt that STUTS would be a perfect match for collaboration as we’ve known each other for a long time too,” the band says.

mitsume recently had the opportunity to perform the new album at a gig at Ebisu’s Liquidroom. It’s one of the rare chances they’ve had to play live since the start of the coronavirus pandemic, but the hiatus didn’t affect their performance; the group were as strong as ever and joined by STUTS towards the end of the gig, bringing another new edge to the group’s sound.

Needless to say, the gig-starved crowd was glad to be back in a live house, and the atmosphere was one of total focus on the music. Hearing it live, mitsume transformed from the chill indie rock band they’d been accustomed to on Spotify and Apple Music and into a group with much more of a groove they could really dance to. 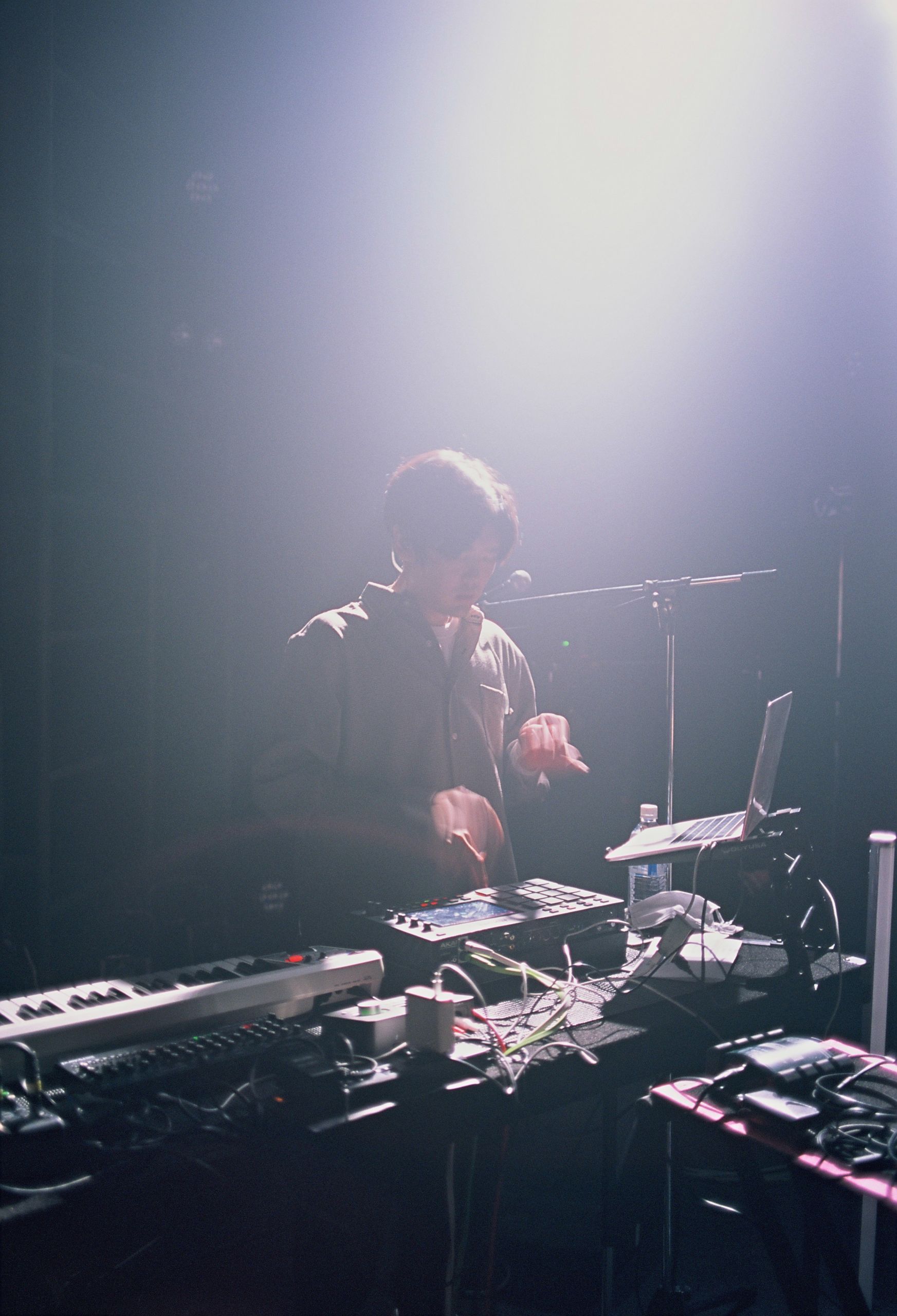 STUTS joined the stage towards the end of the Liquidroom gig

If you missed this performance, mitsume has another gig in this month.
July 15th at Shibuya WWW X 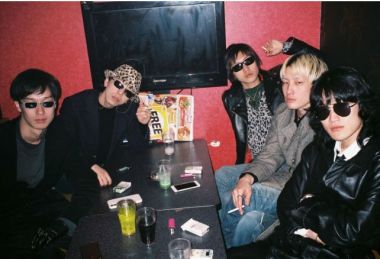 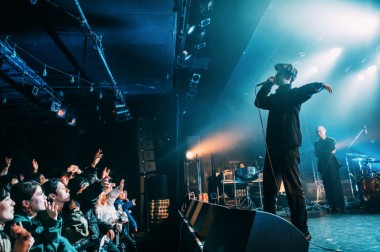 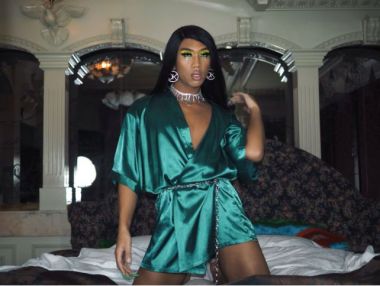