My Favorites: Toshio Hara Selects from the Permanent Collection

One of Japan’s most legendary collectors shares his artistic bounty

Tokyoites have been spoiled for choice recently in terms of art exhibitions. Long queues are to be expected around the capital’s galleries as art lovers gather to catch a glimpse of big name shows such as Brueghel, Leandro Erlich, Gerhard Richter and the new installation by Ryuichi Sakamoto in Shinjuku. One of the best exhibitions, at the moment, however, is to be found at the beautiful and very understated Hara Museum in the Kita-Shinagawa area of Tokyo. Octogenarian Toshio Hara is one of the country’s most prominent art collectors and this year he decided to display, for the first time since the museum’s opening, his favorite pieces from his collection of works, which now numbers over a thousand. Divided into two shows, the first installment runs until March 11th and includes absolute gems by artists including Yve Klein, Robert Mapplethorpe, Yayoi Kusama and Ai Weiwei. 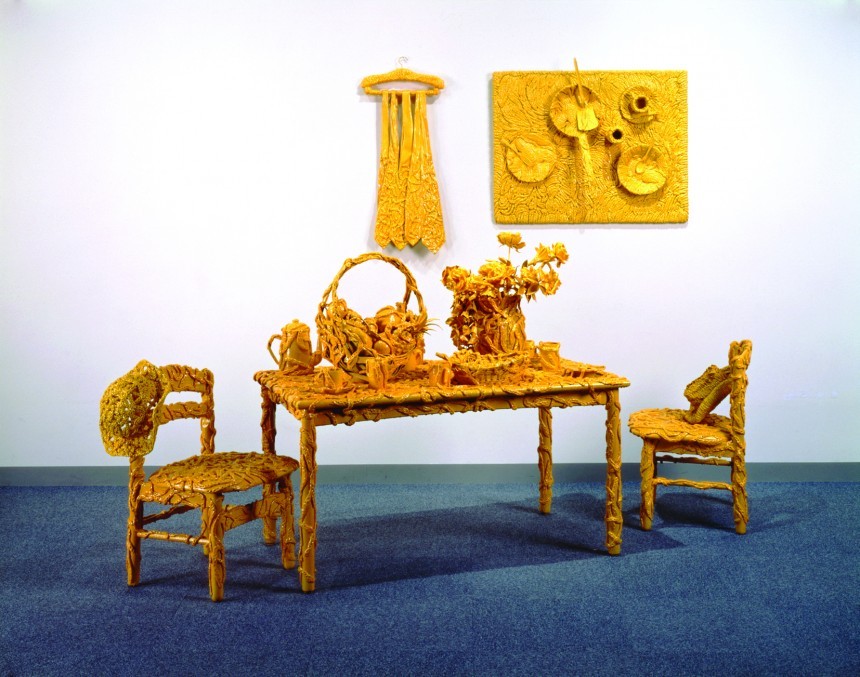 The Hara Museum was established in 1979 in conjunction with the Foundation Arc-en-Ciel at the former residence of Toshio Hara’s grandparents. Built in 1938 by legendary architect Jin Watanabe, this space stands as a rare example of early Showa Western architecture in a Modernist style. The exhibition “My Favorites: Toshio Hara Selects from the Permanent Collection” is stunning in its scope and includes global art pioneers from Asia, Europe and the Americas. These works were personally selected and bought by Mr Hara before the establishment of the museum and foundation. The works which were added to the museum collection after the museum was established were selected by Mr Hara as a director of the Hara Museum. In addition to the exhibition, which is laid out over two floors, the gallery also houses site-specific works by artists such as Hiroshi Sugimoto and Yoshitomo Nara.

Because of its residential design, the museum asks visitors to look at art in different ways — be it out into the garden to see a bamboo brush installation (“Art Brooms” by Sugimoto) or through open doors and into closets and bedrooms to catch works by Nara and the glorious “Time Link” by Tatsuo Miyajima. Visitors would be forgiven if they missed Tom Wesselmann’s sublime “Seascape No.13,” which is displayed overhead on a wall in the staircase between the first and second floors.

The actual exhibition, in parts, is a play on dichotomies and opposites, such as lining up the rough, textural heaviness of Toshimitsu Imai’s “Black Sun” and Karel Appel’s “The Child of Hiroshima” against the superficial pop art sheen of James Rosenquist’s “4-1949 Guys” and Erró’s “Che.” There’s something for everyone here — from abstract expressionism (Pollock and Rothko) and neo-dadaists (Rauschenberg and Johns) to pop art (Warhol and Lichtenstein) and the post-war Japanese art of Imai, Kudo and Miyawaki. 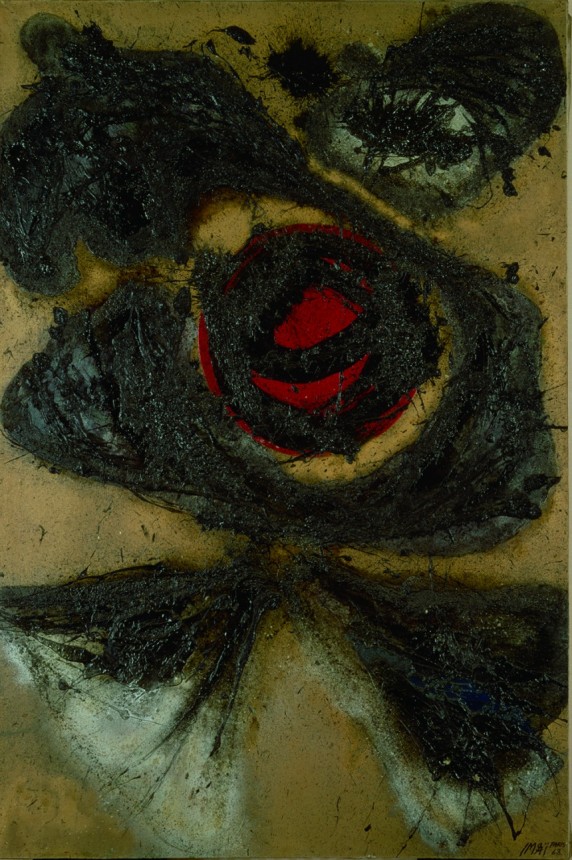 In a recent interview with Metropolis, Toshio Hara explains his connection with contemporary art. “When I first encountered contemporary art years ago I had no idea what it really was. But when I saw and met some artists … they are very exciting people. They have very sharp ideas. Art itself, essentially, makes us free.” Hara spent time at Princeton University and also travelled through Europe and the U.S., where he met artists through introductions by well-known figures in the art world, such as legendary critic Pierre Restany. Restany instigated Hara’s friendships with some of the most important neo-realists of the era. A stubborn man with a singular vision for his collection, Hara says, “I’m not interested in the buying and selling of art. That’s an art gallery’s task. When I buy, I buy because I like it. I have never sold anything. If I ever sold something, I would mistrust my sensitivity [to art] — it would be a failure of my sensitivity. So I’ve never even sold one piece. Even if I changed my mind about a piece, I would never sell. I’d put it somewhere.”

Ostensibly this exhibition is a reflection of Hara’s own life within art. Every artwork represents a time from his life. “The artwork on show here is purely because I like it and I remember how I bought it. Nowadays my curators select work, but I don’t remember how they chose it. Of course I’m in charge at the end of the day. It’s the first time since the museum opened that I’ve shown what I’ve selected. It’s very special for me,” he explains.

“My Favorites” is an accomplished and vital exhibition, which brilliantly encapsulates Hara’s devotion to and continuing love affair with contemporary art. This is a comprehensive critical walk through post-war contemporary art that somehow — while viewing works like Rothko’s seminal “Red on Red” or Imai’s “Black Sun” — also reflects today’s precarious geopolitical climate and who we are as human beings in the 21st century.