Trace the Tokaido through Hakone’s heights

There was a time when travel in Japan was uncommon; those who traveled were considered strange beings that could communicate with spirits. However, at the turn of the 17th century, that all changed, beginning with the opening of the Tokaido Road, which connected Edo (now Tokyo) to the country’s original capital, Kyoto. The journey led travelers through Hakone, which eventually transformed the hot spring town into one of Japan’s first travel destinations.

The first travelers to Hakone were daimyo,  or provincial rulers, who used the Tokaido during their journeys to and from Edo and Kyoto. Daimyo were carried along Tokaido Road in boxlike palanquins known as kago, which enabled them to rest their legs.

Yet, kagos were designed so that passengers sat stooped forward, and this caused tension to build in their backs. Travel parties would stop at hot springs—known as onsen—to rest and soak their sore muscles. It was from the practice of these early travelers that Hakone received its allure of being the place to recuperate and relax.

When the road was first upgraded, it was covered with a thin layer of bamboo called hakone-dake grown in the Hakone region. By 1680, as the road became more heavily utilized, worn bamboo was replaced with a layer of pebbles packed below larger stones that was able to withstand rain. Travelers wishing to bathe in the hot springs would trek along this path from Edo to Hakone carrying food along a distance of 82 kilometers in about three days, clad in straw sandals known as waraji. Even horses then wore straw shoes as iron was not yet used for such purposes. For those who wish to walk along the road and experience part of the pilgrimage that these early travelers embarked upon, there’s a cedar-lined stretch on the southern side of Lake Ashinoko between Moto-Hakone and Hakone-machi that leads to Yumoto, the oldest and largest of the 16 onsen located in the Fuji-Hakone-Izu National Park.

For those looking to delve further into the history of Hakone, there’s a replica checkpoint near Lake Ashinoko, which was completed in 2007 and includes a watchtower, living quarters and a prison. These checkpoints were necessary in the past, as they were used by officials to screen travelers and inspect baggage at a time when travel permits were required, and women’s travel and the transport of weapons were restricted. The checkpoints were also used to regulate entrance into Edo and prevent escape. Nowadays, it’s possible to explore the area nearby the replica as there are sections of the Tokaido that look as they did hundreds of years ago—before cars were introduced, and when walking was the way to travel. 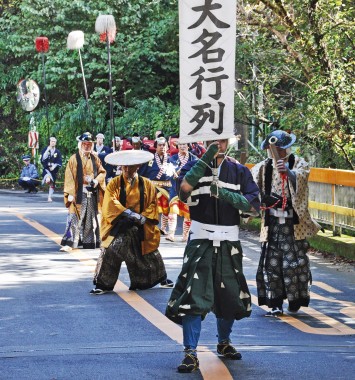 On Nov 3, the Hakone Daimyo Parade invites participants to dress in full traditional attire, including armor and weapons, to march through Yumoto as part of a feudal procession.

An affordable option to experience Hakone is by purchasing the Odakyu Line Hakone Kowaki-en Yunessun Hot Springs Coupon, which provides round-trip travel and includes entrance into two onsen for about ¥4,000. Yunessun offers an extensive variety of baths, including green tea and wine spas, and because bathing suits are required, these onsen are co-ed. If you‘d like to enjoy a more traditional setting, the Mori-no-yu onsen is also available in the resort.