Video label DID sets a new generation in motion

For a videographer, Udo Kōji has had a heavy hand on the direction of Tokyo fashion. Under the name “Udocorg,” he founded the online video label DID in 2012 to chronicle the depths of Tokyo’s underground fashion, distributing the footage online and selling DVDs to fashion maniacs at Comiket. Soon after he started to archive what is normally overlooked by mainstream fashion media, the tables turned as designers, impressed with his intimate filming style, began soliciting him to present their collections in film. 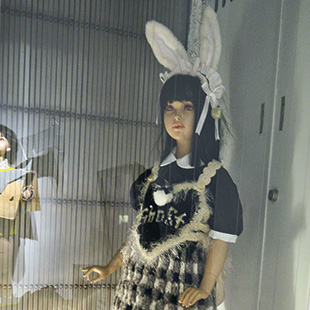 Fast-forward three years, and now the Tokyo underground is united by his films, from rising stars like cyber-fashion revivalists Buccal Cone and Ura-Harajuku mainstays Juvenile Hall Rollcall, to the reluctant stars of Tokyo Fashion Week, such as Mikio Sakabe.

But the video artist hasn’t stopped there, instead going on to create fashion films examining social issues through fashion with a dexterity that few can lay claim to.

This one-man fashion-film boom has opened up an entirely new avenue for the Tokyo underground that doesn’t require any significant outlay—especially with Udocorg’s penchant for guerrilla filming—and that’s open to the global audience online.

Regarding the latter point, one of the core criticisms is that frequently, on image-sharing sites such as Instagram and Tumblr, Japanese fashion is reduced to a simple flat aesthetic devoid of any real depth. However, with film, the nuance and story that does need to be understood in this strata of fashion can come through, beyond cultural and linguistic barriers. 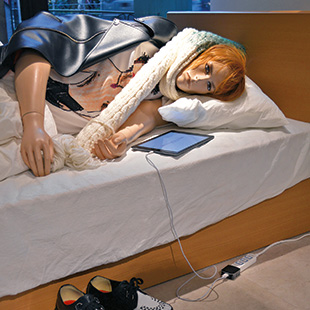 Usually hidden behind the camera, Udocorg was thrust into the spotlight via a retrospective of his recent output, held at Asagaya’s hub of counterculture, the TAV Gallery. Alongside an opportunity to enjoy and discuss his work in a theater setting, the exhibition also featured the work of his newest acolytes, the Tokyo New Age group of designers last seen in public at a guerrilla fashion show in March’s Shibuya Fashion Festival.

The group is seen by many as the rising stars of the Tokyo underground, having attended alternative fashion school Coconogacco together, and now with Udocorg’s video direction, the collective might well be on their way to take on the mainstream. In particular, Keisuke Yoshida’s deconstructed schoolboy-themed output seemed to make significantly more sense in film, and Ryota Murakami’s Sid Vicious-inspired punk for the hikikomori (socially withdrawn) 2generation was also well-contextualized.

Coming full circle, we find Udocorg’s archival approach resonating back on fashion retail, with a new collaborator, the Nakano Broadway-based Lucky Room, now offering an archive service for the brands featured in the videos.

With the timeless element of films available in perpetuity online, it’s gratifying to know that even those late to a collection might be able to buy into it years later.