The beauty industry in Japan is no joke. Individuals are always on the hunt for the next product that will make their hair silky smooth and their skin bounce like jello. With Japan having one of the largest markets for cosmetics, thousands of brands are persistently competing for their place in people’s cosmetic bags. And I won’t lie, scanning through the array of mascaras, face masks, and serums on display is a ton of fun. But, most people don’t know what goes on behind making these products, and would probably be a little hesitant on their next trip to the drugstore after facing the facts. 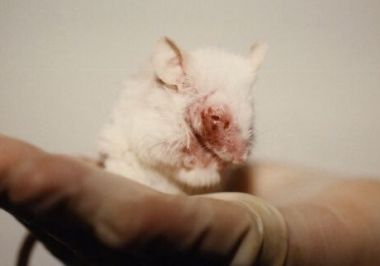 How do we know that a little shampoo in our eyes won’t harm us? Or that if we accidentally ingest a bit of lipstick we won’t break out in hives? That is where animal testing comes in. Animal testing, also known as doubutsu-jikken in Japanese, is performed to ensure that products (cosmetics, household cleaning supplies, etc.) are safe for consumer use. Most people probably know about animal testing, but what does it really look like? And how does Japan’s society understand this issue?

In the European Union, selling products tested on animals is prohibited. In the United States, there are bills lined up to do the same. With large cosmetic stores such as Sephora creating designated areas solely for vegan products, attention around this issue is becoming more visually apparent in the West. However, “the Japanese government fail to recognize and address this matter,” says Japan Anti-Vivisection Association (JAVA) in an interview with Tara Salem. “And it’s not only about animal testing, but in any issue, it is really difficult to change laws here– especially if it isn’t affecting human beings.” Everyday, animals (generally rabbits, rats, and smaller rodent-type animals) are held in a lab, confined to a small cage as they undergo manipulation; often being injected with potentially harmful substances or forcefully inhaling toxic gasses. “They are all treated like life-less objects,” adds JAVA, “resulting in countless animals losing their lives during these procedures.” 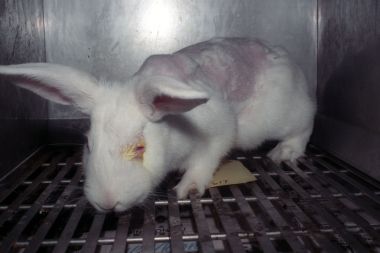 Is it that people in Japan actively turn a blind-eye to animal testing? Or are they just not informed about the alternatives? For example, using cultured human cells, computer models, human volunteers, and human-patient simulators are all ways to test ingredients without the use of animals. But unfortunately, a survey report on public awareness concerning the use of animals in scientific research recorded by the National Library of Medicine in Japan suggests that conversations are not up to date on this subject. According to the research, many Japanese consumers believe that animal-testing is the only way to verify safety: 50–70% respondents supported animal experiments aimed at ‘advances in science and medicine,’ ‘securing of human health and safety,’ and ‘pursuit of economic interest’ showing that the majority of the Japanese public can accept the necessity of animal experiments.

It is in fact “very recent that the idea of veganism has become a known term in Japan — both in the context of diet and cosmetic products. Very few Japanese people actually understand the meaning of veganism. Therefore, being vegan or seeking vegan products [in Japan] is rather difficult and takes a lot of effort. Specifically in terms of cosmetic products, consumers don’t have the correct vocabulary to understand whether cosmetic companies undergo animal testing or not, because this issue and idea is not talked about,” says JAVA. 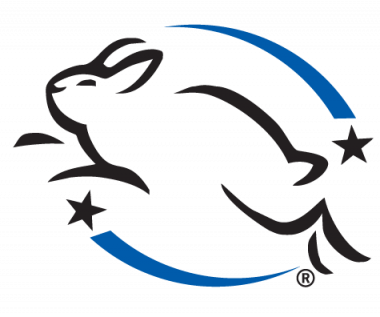 This further translates into the international cosmetic market. The internationally-recognized cruelty-free symbol, represented as a leaping bunny, is often not shown in Japan. “Consumers aren’t really taught to understand what cruelty-free logos are either. In fact, when cruelty-free products come from abroad, Japanese-language labels end up covering the logo so people also don’t have the time to question it” adds JAVA. It is not about neglecting this issue, but rather the lack of education on this matter. If the citizens of Japan are not made familiar with the term ‘vegan’ then there is no foundation for distinguishing which products are ethically made. Inevitably, Japan’s society will continue to remain blissfully ignorant to this issue.

But what about the Japanese brands that claim to be cruelty-free or vegan? There are some brands that don’t test on animals that have established their name in Japan. THREE Cosmetics or MiMC are a few examples of such companies. Yet, these businesses don’t market their brand as vegan or cruelty-free. “For companies to undergo inspection for whether their products are one hundred percent cruelty-free or not and for them to receive the right to use the cruelty-free logo is actually very expensive,” explains JAVA, “so as a result, many businesses will end up not labeling their brands as vegan or cruelty-free, since the idea of ‘veganism’ or ‘cruelty-free’ doesn’t hold much merit here. Instead, companies market their brand to be ‘all natural’ or ‘organic’ because the idea of ‘natural and organic’ will translate and appeal faster to Japanese consumers.” 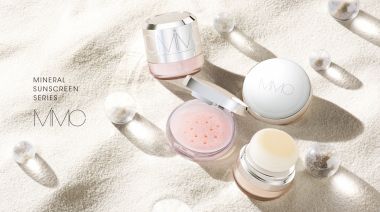 Additionally, with brands like THREE and MiMC having a starting price around ¥3,000 compared to general drugstore brands in the ¥100s, it is clear that brands that claim to source from natural or organic ingredients tend to be more costly and inaccessible to the general public. Hence, many individuals will end up purchasing and supporting drugstore brands.

“Morally, it is our responsibility as humans to challenge enterprises to segue into ethical product production.” Although it is extremely important for the citizens of Japan to converse and learn about the issue of animal testing, JAVA belies that “big corporations and laws need to change first. There seems to be a taboo surrounding the subject of animal testing in the Japanese media. As large TV program sponsors are often affiliated with companies that are involved in making these profitable products, they all have commercial objectives. And these sponsors are also the same people that are the movers of the media, so they restrict what can and cannot be said on TV. The freedom of media, especially televised media, is heavily challenged by these corporations as they are all interconnected — until the big corporations change, the people of Japan can’t change either.”

Established in 1986, JAVA is the first non-profit organization in Japan to start a movement in collaboration with organizations around the world to protect animal rights and end animal experiments. JAVA holds a mission to expose the realities of animal testing and to encourage the establishment of new alternatives to animal testing. For more information visit their website here.