When You Wish Upon a Star

Guide to Hatsuhinode and How to See It

New Year in the West is a time for celebration and getting loose. But in Japan, Christmas is saved for partying and New Year is a time to spend with family, eating New Year osechi and making plans or wishes for the coming year. Come January 1, it’s a time to celebrate all things hatsu’ or “first.” Hence the customs of hatsuyume (first dream), hatsuwarai (first laugh) and hatsuhinode. Hatsuhinode or 初日の出, is the Japanese way of naming the first sunrise of the year, as it holds a special significance. 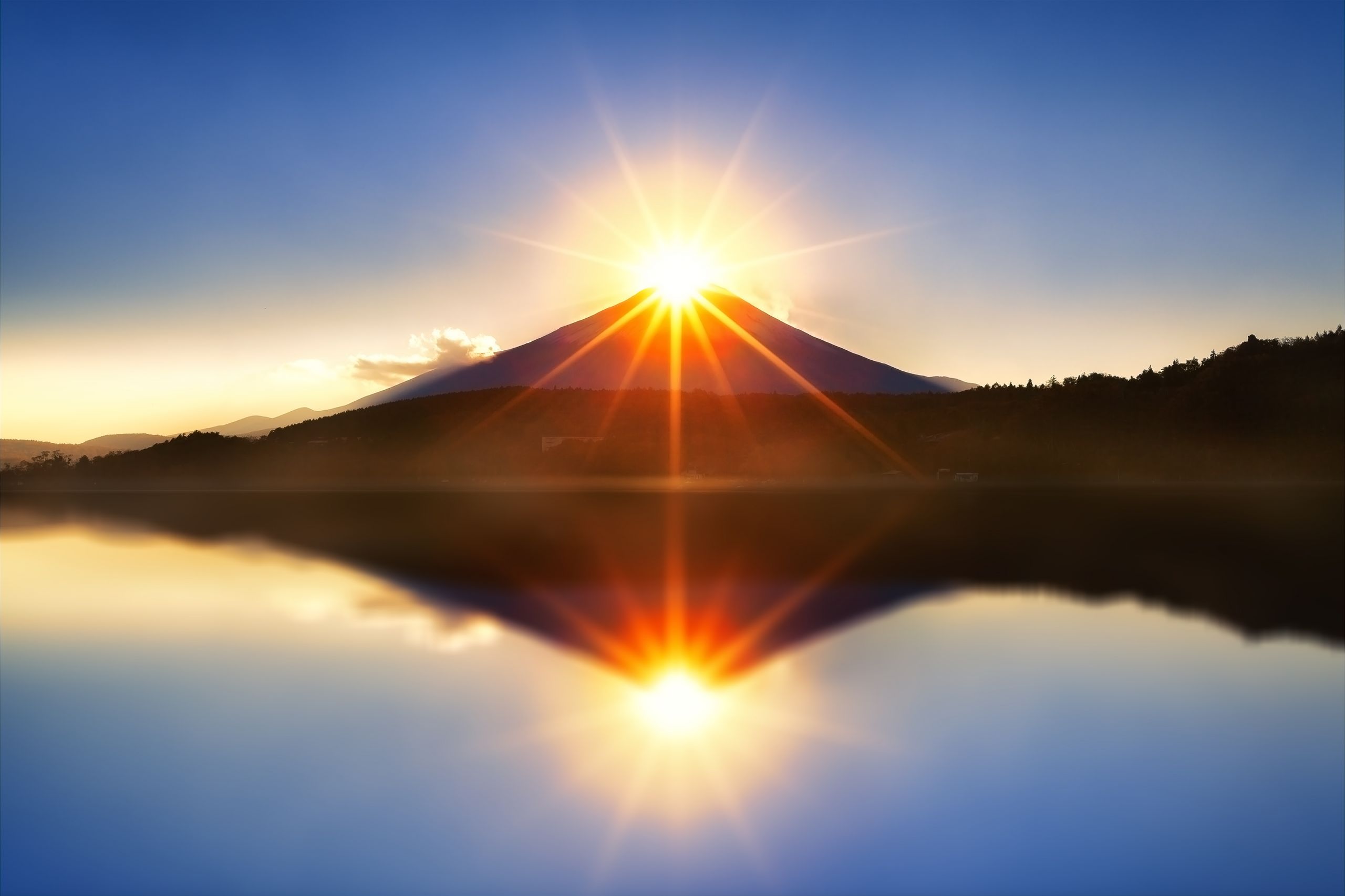 Hatsuhinode started in the Meiji Period as people prayed to the New Year god, Toshigami, to bring wealth and prosperity into their homes. Shintoists would gather with their families to watch the first sunrise of the year, to welcome Toshigami’s coming and pray for a prosperous New Year’s harvest.

Nowadays, searching for ‘hatsuhinode’ will bring up a myriad of commercialized hatsuhinode experiences, ranging from JAL’s ¥60,000+ Hatsuhinode Flight complete with osechi, to hatsuhinode beach camp packages and even cruises.

Most of the Japanese population uses a mix of Shintoism and Buddhism to celebrate various milestones, and a universal love for the sun unites them. 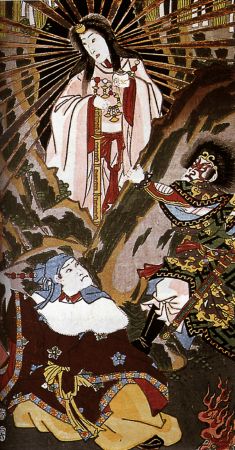 Hatsuhinode actually means the very first sighting of the sun above the clouds on January 1. In Japan, A.K.A. Land of the Rising Sun, the sun and its symbolism have been important since it was founded in the 7th century — just check out the Japanese flag 🇯🇵.

One reason for this lies within Japanese Shintoism, where the highest god is the female goddess of the sun, Amaterasu. Until the 20th century, it was even claimed that the Imperial family were direct descendants of Amaterasu.

Most of the Japanese population uses a mix of Shintoism and Buddhism to celebrate various milestones, and a universal love for the sun unites them. From young to old, sunrise and sunset remain an integral part of Japanese culture, whether the individual believes in Amaterasu or not.

Seeing the first tip of the first sunrise of the year is a very symbolic occasion, so people will search far and wide for the best place to catch a glimpse of it. Upon seeing hatsuhinode, the viewer will make a wish for the coming year.

Where is the best place to see hatsuhinode?

The higher the altitude, the earlier the sunrise.

Good question! Generally speaking, the best place to see hatsuhinode is somewhere high, with little obstruction to the view. It is said that the higher the altitude, the more likely your wish will be granted.

Cramped high-rises in the cities obscure natural views and people yearn to be somewhere ‘a bit special’ for New Years. City dwellers hoping to catch a glimpse of hatsuhinode often head outside the city. Those who can’t make it out can buy exclusive tickets to the highest buildings — Tokyo Sky Tree, for instance, sells a limited amount of hatsuhinode tickets. 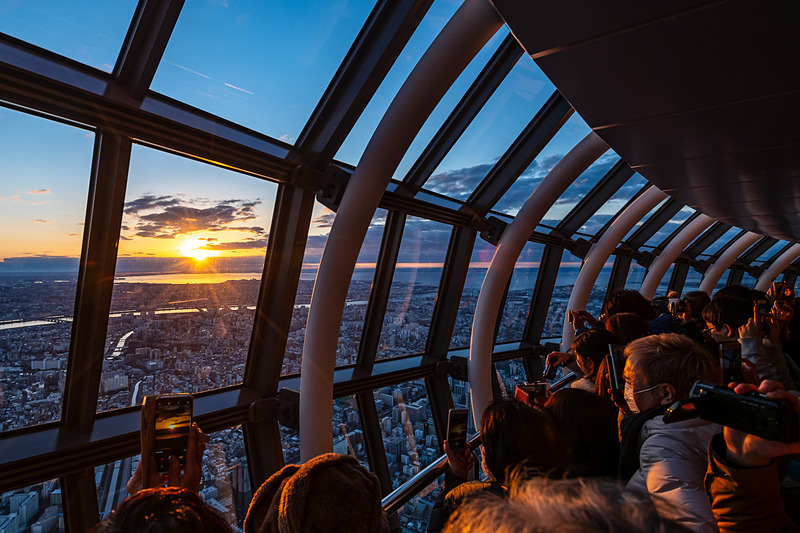 Popular places to see hatsuhinode out of the city include beaches — no obstructions in the sea! — high-placed temples, bridges and of course mountains.

Miura Beach in Kanagawa is especially popular for hatsuhinode, and will often host campfires and other events in order to keep watchers entertained whilst they wait for the sunrise.

Yet the top place to catch the New Year sunrise is literally the highest. Japan is famed for its mountainous regions and summits are the perfect place for unobstructed views of the sky and clouds for miles around. The higher the altitude, the earlier the sunrise. Catching the sunrise from the top of a mountain is called goraiko, A.K.A. the ultimate hatsuhinode.

A couple of years ago, a group of friends and I set off on a journey at 3am, to catch a train out of Tokyo to a mountain in the suburbs. Upon arriving at the mountain at 4:30am, out of the shuttle bus, we lined up with the crowd.

A cacophony of voices of sellers peddling their wares filled the air. “Choco-banana!” “Manjuu!” “Ama-sake!” rang out as the somewhat bleary-eyed, behatted and begloved crowd shuffled forwards. There was a pizza-selling bear mascot playing the bongos, disco lights and souvenirs.

Climbing a mountain to catch the first sunrise of the year may seem a little dangerous, but lamps line the paths and it is surprisingly easy to follow the people a few meters in front of you. Having successfully ascended the mountain, it’s likely that there will be a crowd already gathering and settling down to wait for the first event of the year.

As the sun starts to rise, everyone cheers… Then silence, as people take it in turns to make their wishes for the year. 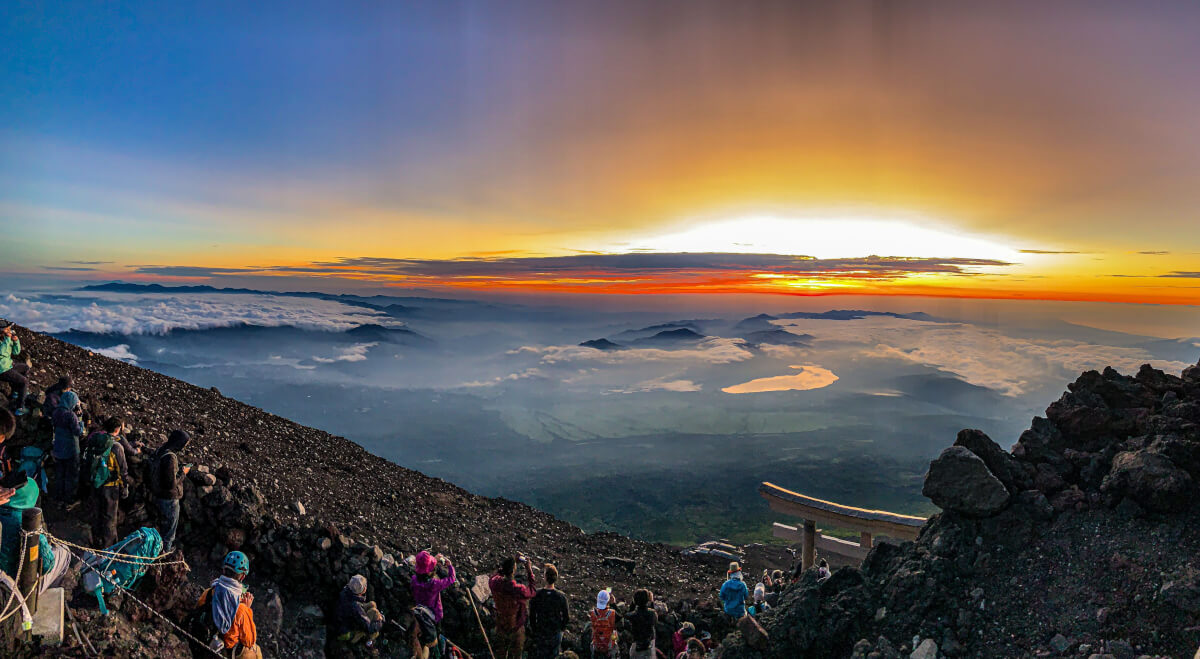 Waiting in unison and looking in the same direction feels like being at a music festival and waiting for the headliners to come on — only this time it’s the sun.

As the sun starts to rise, everyone cheers… Then silence, as people take it in turns to make their wishes for the year.

For anyone looking to bring in the New Year in a way to remember, check out a mountain close to you and start packing some warm clothes.

Festive Things to do at Grand Hyatt Tokyo