1 To 1: Sam Smith at the Speed of Success

The “Stay With Me” singer talks to Metropolis

Things are starting to move pretty quickly around singer Sam Smith. Admittedly, winning four Grammy Awards this year for his breakout album, In The Lonely Hour, has helped quicken that pace. However, the singer admitted during our Fox Backstage Pass interview that after his whirlwind trip to Japan, he’s looking forward to slowing things down long enough for some customary brew. 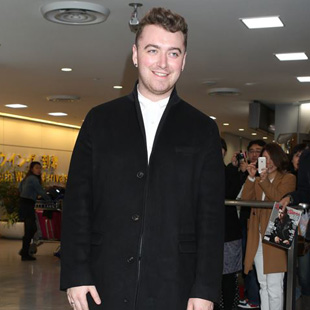 “I get to go home in a few days, which I’m excited about. I’m going to have a cup of tea—that’s what I am going to do,” the singer declared on his first intentions once he returns to his native London.

That cup of tea has been on hold for a while. The artist is riding a wave of critical success since picking up Record of the Year and Song of the Year honors for his hit “Stay With Me,” as well as being named Best New Artist and Best Pop Vocal Album.

While he appears to be traveling at the speed of sound, Smith said his journey to the top of the pop charts was more methodical than it appeared on the surface.

“The rise to where I’ve gotten now doesn’t necessarily feel fast. The speed in which so many of my dreams have come true feels fast, but the work up until this point of getting my music heard was a long time in the making,” Smith explained.

He added, “It’s tiring—but it feels amazing. I am living my dream and the opportunities I’m getting, and the things I am starting to do, is just amazing. It feels great!”

The Grammy-winning singer said his agenda is full. 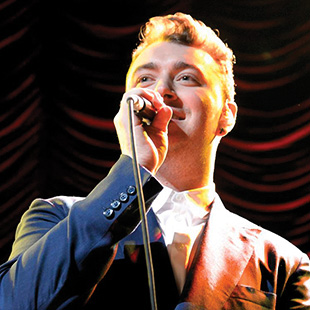 “I am going to be touring for the rest of this year, just going around the world—which I am excited about! I’m constantly writing and thinking of things. I’ve got a concept for my next record. I think I’ve got a title, so I’m also excited about delving into that.”

His songwriting is what’s set him apart from many of his contemporaries. He said personal drama fueled his emotions and gave his songs life.

“I fell in love with someone who didn’t love me back. It wasn’t even a relationship. It was crazy. It affected about four of the songs—and that was it, really. The whole album is about the feeling of loneliness and I was not talking about one person, I was just talking about a feeling,” Smith mused.

He said his road travels will also bring him back to Japan fairly quickly.

“It’s my first time here. It’s amazing.  I haven’t seen much. I have just been out to eat and it’s good food, which is great. Hopefully, when I come back in May, I’ll get to see a few more places. I would just love to see some Japanese countryside.”

He’d have to slow his schedule down a bit to fulfill that dream!