The burden of existence

One of the fresh attempts to infuse new energy into the Japanese film industry is the boldly titled New Cinema Project. This competition and grant is a joint effort by Gyao, a video on demand service pioneered by Yahoo! Japan, and Amuse, one of the leading talent agencies in Japan. The two entertainment giants put the project together to develop quality film, visual content and music in Japan. Out of 14 finalists in the first Original Film category the Grand Prix was awarded to this picture, 500 Million Yen Life, and that allowed it to get major distribution as well as considerable attention by the Japanese media.

The story revolves around Mirai (Ayumu Mochizuki). As a child he had serious heart issues that required major surgery. His mother couldn’t afford the procedures so she raised ¥500 million (about $5 million) from donations and the kindness of people near and far. This blessing has turned into a curse for now high school student Mirai who feels nothing but emptiness. When a text arrives telling him he should return the 500 Million Yen he decides to commit suicide. But another text demands he return the money before he dies. The young and unskilled Mirai must now set out to earn this outrageously large sum of cash. 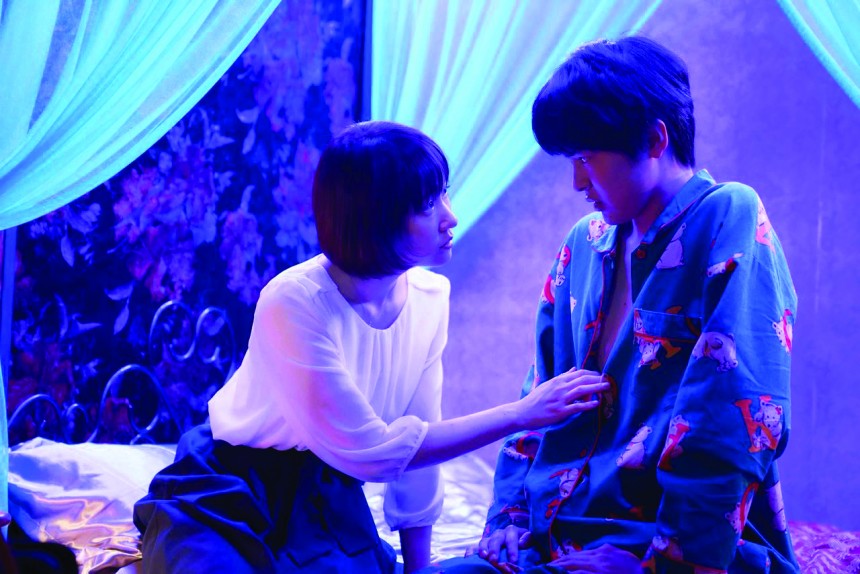 500 Million Yen Life is a typical Japanese dramedy in that tries to be every kind of film at once. There are slapstick moments, deadpan moments, slyly comedic moments, dryly humorous bits and dramatic or even tear-jerking tropes. As a pure comedy some of the set ups work but the serious scenes are a bit weaker. When Mirai sinks to his lowest the film turns melodramatic by introducing the compassionate friendship of an older, destitute man. Mirai tries everything from physical labor to being a host and gigolo to earn money but naturally either fails or realizes he’ll never be able to pay back the loan with the earnings. As you might guess all these diverse elements and atmospheres lead to a mish mash that is not bad, but never really establishes a foothold with the audience. However, the acting is finely executed and it does manage some nice laughs. If one views this as a wandering comedy it can be an enjoyable diversion.