Adam Sullivan and The Trees return to Japan

Adam Sullivan is an American singer-songwriter – in the tradition of Ben Folds et. al. who has been touring the world since 2009, and since played hundreds of shows in seventeen different countries. He recently recorded his first album with a backing band dubbed “The Trees”, and is taking their music on a weeklong tour of the Kanto region. Laurier Tiernan reached out to him in order to get the inside story.

Metropolis: You’re based in Brooklyn, but where are you from originally?

Metropolis: You’ve been working as Adam Sullivan and the Trees for how long?

Adam Sullivan: I’ve been touring under my own name since 2007, and then in New York since about 2009 I was playing with my friend Mason on drums, and in 2012 we started playing with a bass player ,“Zack”, and a guitarist, “Rob”. In early 2013, it was time to make a new record, and we decided that instead of making another “Adam Sullivan” solo record, it was a great opportunity to go into a studio together and make…a true collaboration between everyone. Our buddy Mike Beck at Refuge Studio in Brooklyn produced it.

Metropolis: You said that you had toured Japan before. Do you remember the names of your favourite venues. 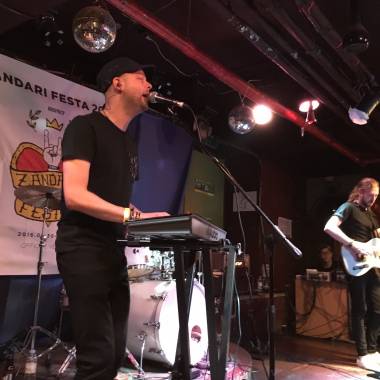 AS: There’s a venue I really love and I don’t know how to pronounce it but it’s “36º5º”. There’s a band called “815” and this guy and his wife in the band own the venue and sing together. And the very first venue I ever played in Tokyo was the Pink Cow, and this was in their old location (in Shibuya). This time we’re playing LUSH and Varit in Roppongi. I’ve basically done my run of the indie venues in Japan over the years. Even in 2012 we played a charity show for those affected by the Fukushima incident. We did a show at a jazz club where they had this grand piano, and we did live streaming so that people could watch it online and donate money.

Metropolis: Going way back, at what age did you start playing an instrument seriously, and which instrument was it?

AS: I was four years old. My mom had wanted to take lessons as an adult, so my grandmother had bought a piano for us, and I started tinkering around on it, then I started taking formal lessons from age five. I took lessons for 10 years. I was trained to be a classical pianists, and I did a number of solo concerts in middle school. I guess my parents’ idea was “Juilliard”…that kind of track. Then when I was about 12 years old, it was the early nineties, and I was about to give up piano, because I didn’t want to do it anymore. However, I started hearing music that I was really into, including the music my parents were listening to (like gospel and Neil Diamond) as well as Michael W. Smith and Amy Grant, who used a lot of synth. So, I thought I could still play piano and use that to do the kind of music I wanted to do. So going forward, my mother would buy me the piano music for the songs I wanted to learn, as long as I put in my practice time for my classical studies.

Metropolis: When you started writing songs that you would end up recording, who were your biggest influences?

AS: Michael W. Smith was my greatest influence growing up as a keyboard player. The first pop songs I wrote were written when I was 13. We didn’t have much rock music in the house; just old pop and gospel. I get compared a lot to Ben Folds. Another huge influence was Counting Crows.

Metropolis: What are some of your favourite accomplishments of your career so far.

AS: Playing Mu:Con (a Korean state-sponsored SXSW-style festival) last year was a great opportunity. There were a lot of people and I love touring in Asia because even if you don’t speak the language, you can bond through the universal language of music. There was a huge gate blocking the audience from the stage, so I took out my inner-ear monitors, grabbed my ukulele, and made my way into the crowd to play acoustically for them from the middle of the crowd. Another one of the highlights in my career was recording with John Mark Painter (of Fleming and John) who produced and played bass on several Ben Folds records.

Metropolis: Personally and professionally, what attracts you to playing concerts in Japan per se?

AS: Personally, my first love was a Japanese girl, and she came to America on a foreign-exchange program. Even though we broke up, we’ve been friends for twenty years. She lives in Chicago now, but she was back in Japan during my first trip to the country, and she showed me around Kyoto, Osaka and Tokyo. I then fell in love with the country, so now it’s become almost an annual thing for me to take my concert tours there.

Metropolis: So, a Japanese girl was your first impetus to come to Japan, but even after that love affair ended, your love affair with Japan has lived on. What are some things about this country that keep you coming back?

Metropolis: So you have tour dates coming up in Japan. Could you tell us the cities, the venues in the dates?

AS: This time we’re concentrating exclusively on Tokyo per se. We’re playing six nights in a row, exclusively in Tokyo. I’ll send you the details; Roppongi Verit, LUSH, etc.

Metropolis: Is there anything that I didn’t ask you, that you’d like to see in print?

AS: I guess, the most important thing to me is why I do this. When I was in high school, you have your good times and you have your bad times, but being able to listen music that you can relate to saved my life. That was hugely important. It’s all about the personal connection. I write music and perform music to that purpose. Our performances are typically very emotional because I’m not just singing random lyrics, I’m really reliving real experiences that have happened in my life, and I do that because I hope that other people who have had similar experiences can feel some comfort in knowing that they are not alone. That’s why I started writing music, and that’s why I continue to do so today.

Metropolis: Thank you so much for this interview.

Here are the dates, places and times where you can catch Adam Sullivan and the Trees: 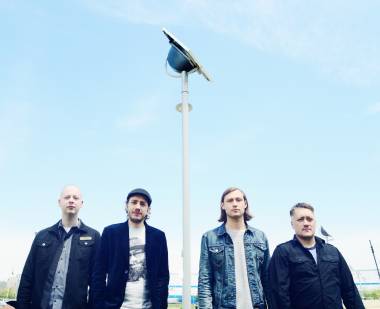