“I wish I could say politics, but sadly the things that bother me in life aren’t that big or cool,” Satoko Shibata admits with a laugh when asked about the things that get to her. To this Sapporo-born singer-songwriter, dealing with stubborn neighbors is a much more urgent matter than politics.

Why are annoying neighbors more important than politics? Even if you’re a scene-leading musician living in Tokyo, sometimes life can still be shitty. If everyday problems are dragging you down, it can be hard to raise your voice for justice in society. And Shibata knows that. “Universal” is a fitting adjective for the running theme in her music. She sits beside you with sympathy, rather than standing on an arena stage to lead the charge for revolution.

However, while her lyrics address the mundanity and daily irks of life, her songwriting is anything but mundane. She builds lyrics like a fragile Jenga tower with no piece left to be pulled out without it collapsing. A minimal but eccentric structure of words betrays her unique view of the world.

She recently released her sixth full album ぼちぼち銀河 celebrating the 10th anniversary of her debut. Upon the album’s release, Metropolis spoke to Satoko Shibata about the meaning of the title, her method of songwriting, and a decade of her career as a musician. 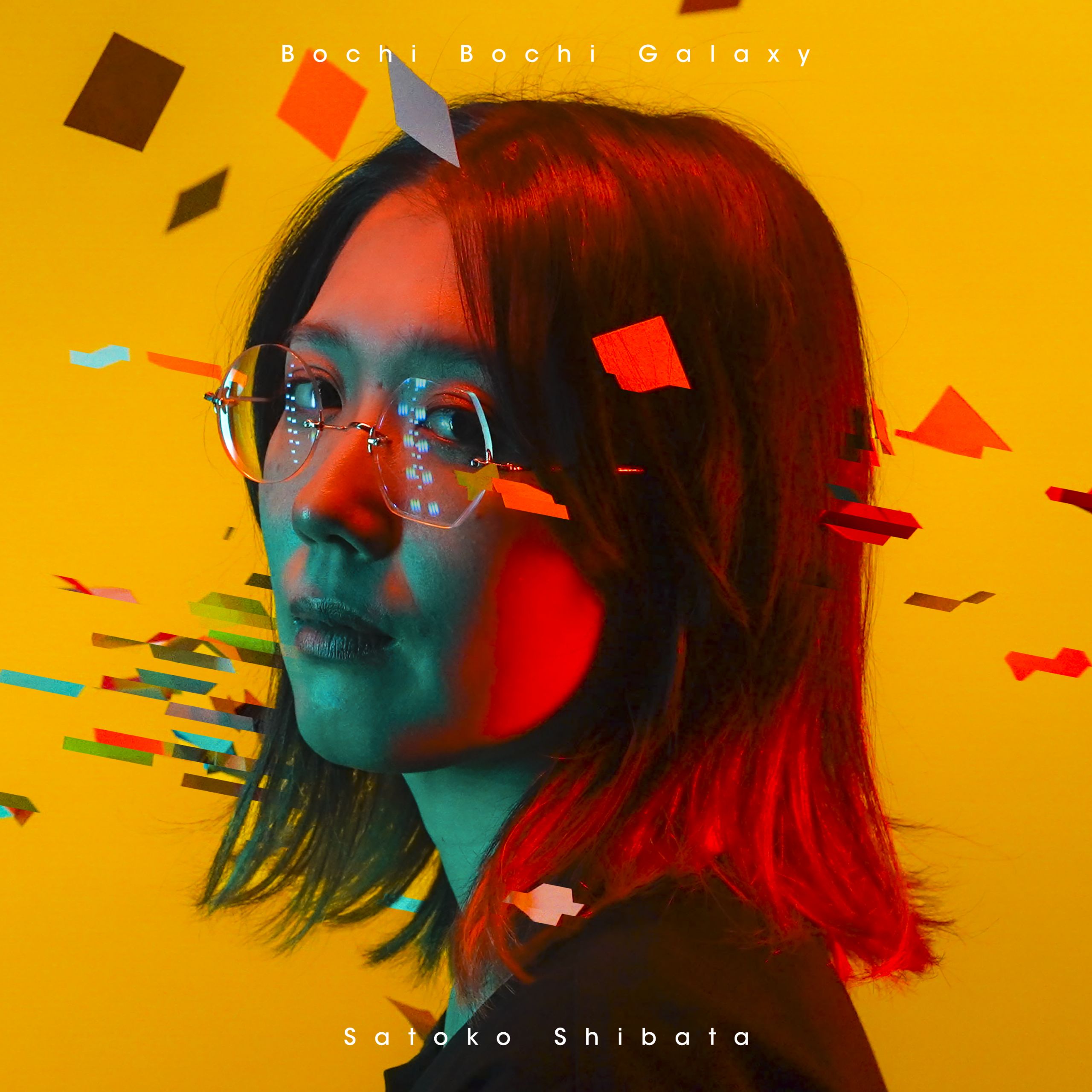 Metropolis: What do you think 銀河 (Galaxy) represents?

Satoko Shibata: It was the summer of 2021 when I came up with the phrase “ぼちぼち銀河.” I was fed up with the atmosphere enveloping society: the ongoing pandemic and everything related to the Olympics. I found myself zoning out, and my mind was off to somewhere that’s not here, like the galaxy. Then I came up with the term “ぼちぼち銀河,” as in I’m done with what’s going on here, so I need to head out to somewhere like the galaxy soon. However, I thought it was disappointing how the galaxy came to my mind as the first image of somewhere far out. It felt like my imagination was so limited [laughs]. It’s probably my generation’s thing because I grew up watching sci-fi movies like Star Wars. It’s such a cliche image, like America being the first thing to come to mind when thinking of a foreign country.

M: The lead track “雑感/Understood” is very raw and introspective. For example, you sing about how annoying it is when the pension is deducted from your salary. Minor subject for singers to talk about but relatable to many of us. Could you tell us the story behind this song?

SS: This is one of the oldest songs on this album, written in the early stages of the pandemic in 2020. I was meant to be on tour, but all the shows had to be postponed. So instead, I decided to stream my acoustic set from home on each date of the postponed tour. And this song was made for the tour’s final streamed set. It turned out to be full of strong and raw words for what I felt at that moment. While writing, I thought of my friends I could not meet due to the pandemic, and the people who passed away. I couldn’t think of any other title for this song. This song was literally my assorted feelings in 2020.

M: Speaking of anger, what makes you angry?

SS: I wish I could say politics or some societal issue, but mine is not. Small things easily irritate me, such as my neighbors in my apartment or when someone criticizes me for nonsensical reasons. Not being able to do the laundry on the only day of the week I’m available to do it or breaking my glasses by accidentally stepping on them. On the other hand, in some cases, what the majority of people get angry about seems to make too much sense to be angry at.  The national pension, for example, this sucks because we have to pay a lot every month even though it’s uncertain if the current pension system will still function in the future when we need it. But my grandparents live off of that, and I can’t say anything about it when thinking of those people I love who need the system people hate. I wish I could let out my feelings without overthinking. I sense unfairness in many aspects of life, but I can’t just be angry when looking at problems from multiple perspectives to see why these things are the way they are.

M: Could you tell us your musical background?

SS: My most significant influence is the Japanese band Southern All Stars and Yumi Matsutoya (Arai). My parents used to play their CDs all the time when I was young. Also, I used to listen to 90s R&B a lot as MTV was always on at home. Other than that, the Japanese band Quruli was the band I started actively listening to independently. Seiichi Yamamoto, from the Japanese noise rock band Boredoms, is my favorite musician and his album なぞなぞ is absolutely the best.

M: A lot of your album jackets feature your face. Any reasons for this?

SS: 10 years ago, I was designing the first album cover but didn’t want my face on it. So I used landscape photography instead. Then the producer I worked with told me that true singer-songwriters don’t avoid accepting their appearance. It’s just as important as the music. So I forced myself to use my face on the cover as a statement of being a musician. Since then, I often use my face on covers of albums or singles.

M: Most artists only use flattering photos, but one of your albums has an image of your face I think many artists would hesitate to use if it was theirs.

SS: I know, right? [Laughs]. Quite a lot of people mentioned that, too. Regarding my face, I always went with what was best at times. Whatever was fine for me. I used to think I was not a model and my appearance shouldn’t have anything to do with album sales or anything. But, of course, I’m 35 years old and have much to care about, such as wrinkles [Laughs]. So probably I’m pickier than before in terms of photos.

M: When people talk about your music, your word choice is something people comment on. Describing subconscious feelings in everyday life that might come across as eye-opening to some of your fans. What do you pay attention to in everyday life?

SS: Actually, I don’t know [Laughs]. I’ve been making music for a decade, and I’m often asked this question but still have no idea. I don’t think I’m always observing. It’s not like something interesting happens, and then I’m like, “this is gonna make good lyrics.” That’s not how I write songs. I honestly don’t know, but I’m so easily distracted by noises or people, so maybe I’m subconsciously observing.

M: As you said, this year marks the 10th anniversary of your debut. How would you describe this decade? Has anything changed significantly over the decade?

SS: My attitude towards music definitely changed. Initially, I started writing music for others and never imagined myself being on the stage. But recently, music has taken more and more weight in my life. I often think about why I’m doing it and what I want to achieve with music, which I didn’t know about ten years ago. Basically, I’m still a ten-year-old kid [Laughs]. Still exploring.

There are many musicians out there who are better than me, and I used to doubt if I deserved to be on the stage. But so far, I somehow managed to be a musician for a long time. That doesn’t bother me so much anymore.

M: Does that mean you found a way to not care about other people and stay solidly the way you are?

SS: Not at all! [Laughs]. I still care and compare myself with others a lot. Other artists have things I don’t have, and I sometimes feel jealous of them. That said, I think aging helps because it helped me realize there’s no point in comparing ourselves to others, but I still can’t help looking at what other people do and envy them simultaneously. I’m always in between, and it feels like life is all about living in the gray zone. I don’t have what I don’t have. That’s the way it is! I’m learning to accept the way things are. Even if I’m not the best musician in the world, I can still be an artist the way I can only be. 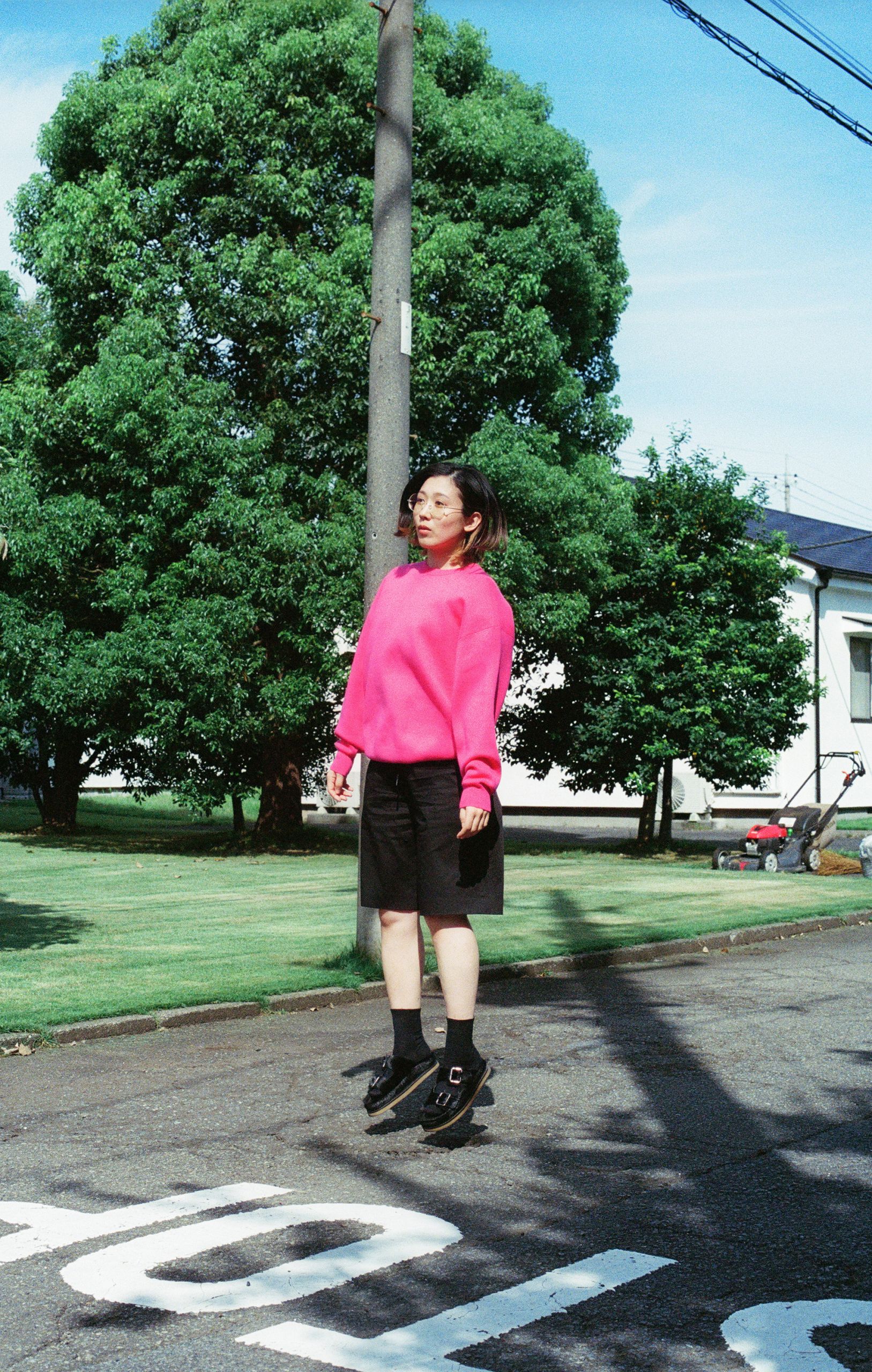