Multi-instrumentalist, writer and producer Andrew Wasylyk is the kind of musician that seems to pick up new storytelling abilities as his creative trajectory bends and meanders down the stretch of time. Wasylyk’s latest offering is titled The Paralian, an album inspired by his native Angus, Scotland and the surrounding coastal areas including the red sandstone Seaton Cliffs. During 2018 Wasylyk was invited to take up an extended residency at the arts centre Hospitalfield, in Arbroath, Scotland to work on composing new material with its freshly restored 19th century Erard Grecian harp. Wasylyk set out to harness a musical synergy with the centre itself and the surrounding environment, part of which includes the breathtaking North Sea horizon and surrounding coastal landscapes. As these exciting compositions began to expand past just the harp and grand piano, Wasylyk began to incorporate field recordings along with a myriad of other instrumentation into what would become The Paralian; the title originating from Ancient Greece and meaning “one who lives by the sea.”

The sonic pathfinding that Wasylyk embarks on throughout The Paralian traverses a variety of moods and sounds; touching on ambient, jazz and classical along the way. The sum of these auditory travels coalesce into a soundtrack-inspired album of contemporary British folk with a brilliantly vivid sheen. Wasylyk’s ability to realize a fully-formed conceptual album in the current landscape of swipe-and-click-ad-infinitum music consumption is definitely a rare treat. The map of songs that Wasylyk has crafted on The Paralian serve as cerebral expansions of how nature’s influence can manifest itself through art. Coming off dreamlike, steadfast and undulating, Wasylyk’s auditory love letter to the rugged and beautiful eastern Scottish coast is deftly translated by utilizing a variety of instruments from past to modern eras. 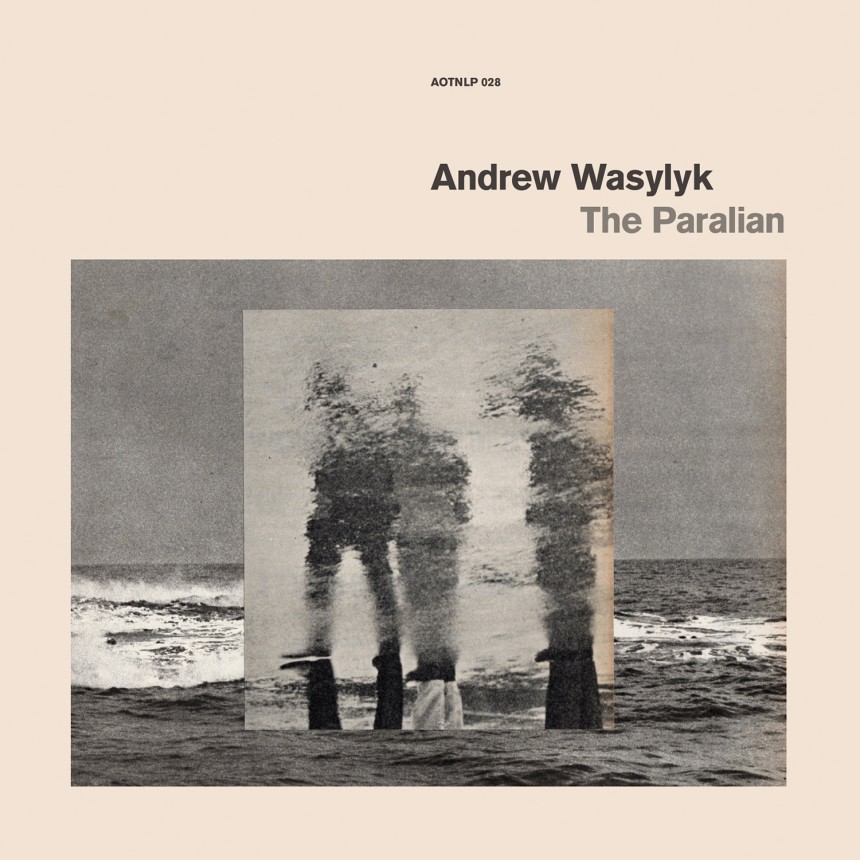 Shuffling through a gravel path as a running stream flows and harmonious gulls circle nearby, “Through The Field Beyond The Trees Lies The Ocean” sets the tone for a fog-drenched early morning awakening. Faint synthetic pads swell and soon give way to a taut lead piano melody that encapsulates a fragile balance of beauty and dread; a soon-to-be familiar balance of emotion that resurfaces throughout The Paralian’s ten tracks. Wasylyk’s aptitude for taking on a minimalist approach in his arrangements shines through on the forlorn chords of “Westway Nocturne” and again with the bare-bones piano and violin ballad “Mariner’s Hymn.” On “Adrift Below A Constellation,” the album’s sole vocal track, Wasylyk’s voice lingers like mist over lush rolling synthetic hills and brass underbrush; accents of Moog gusts and orchestral billows adding to the atmosphere.

Recalling the essence of Air’s best moments on Moon Safari, “Greendrive #2” brings to mind birds in flight overlooking vast fields along the coastline as acoustic guitar arpeggios are accompanied by serene synthesizer pads and electric guitar flourishes. The world’s oldest sea-washed lighthouse, Bell Rock Lighthouse, is paid a direct homage on “Journey To Inchcape.” It is all at once somber, triumphant and awe-inspiring, with near medieval qualities in its melodic progressions. The looping quality of the arrangement makes it sound like it came from an obscure 1970s heist film soundtrack that would be A-class sample material for classic hip-hop producers.

“Flight Of The Cormorant” is a bit livelier than the rest of the album — mid-tempo, swinging drums collide with ominous bass tones; channeling Horace Silver’s jazz classic “Song For My Father” in the rhythm and phrasing; it’s a dark, wonderfully arranged, mystic and driving composition. “Unsurfacing,” the final track, is a return to form, ephemeral piano undercut by atmospheric synthesizer dread with a lingering uplifting feeling of peace. The progression through The Paralian is like waking from a mid-afternoon world-transcending dream after meandering through idyllic Scottish glens overcast with ominous looking grey clouds.

Andrew Wasylyk’s The Paralian, then, is a transportive and poetic album which will surely resonate with many adventurous auditory explorers worldwide for years to come and, without a doubt, warrants multiple front-to-back listens; not only for it’s inherent storytelling capabilities but also due to the fact the music easily falls into the categorisation of being “timeless.” Hopefully Wasylyk will embark on further environment-to-music transformative journeys as he continues forward on his compelling odyssey – and that he remembers to document and share the experiences with us.