2016 has been a big year in the world of Virtual Reality (VR). And with Oculus Rift and other similar units a little pricey for general consumption, Bandai Namco has you covered with their Tokyo pop-up, VR Zone Project i Can, in DiverCity Odaiba. The arcade showcases Bandai Namco’s latest forays into VR, with a selection of impressive simulations equipped with snug-fitting HTC Vive headsets ready to transport you into a parallel world. 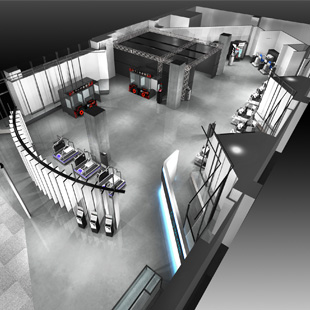 This was my first VR experience, so I probably bit off a little more than I could chew with my first pick. After purchasing a rechargeable access card for ¥300, I headed over to Fear of Heights (¥930), the arcade’s only full-body simulation. Describing itself as an “extreme courage test machine,” the simulator places you atop a 200-meter-tall building, where your task is to rescue a kitten who’s stranded at the end of a protruding wooden plank. Try as you might to convince yourself that it’s only a simulation, it’s hard to keep cool as you traverse the rickety plank, which in reality is a narrow boardwalk a few inches above the floor.

People with acrophobia, be warned. As the information card cautions, “there will be no refunds for players who become paralyzed by fear and cannot move forward even one step.”

My second pick was no less disquieting. In Escape Ward Omega (¥744), players move through an eerie abandoned hospital on a wheelchair while ghoulish, blood-stained villains slink about with malice. Mistaking my petrified demeanour for indifference, one staff member thought he would heighten the drama by whispering “this is real” into my headphones. But I already knew it was real; in this gorey horror simulation, “VR” comes to mean “Very Real.” Among the impressive features is a very tactile virtual flashlight that helps you navigate through the nightmare. 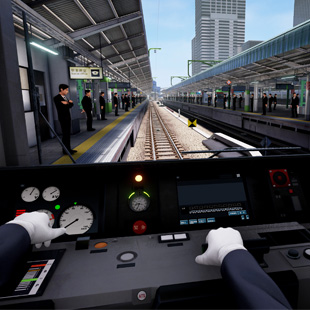 With my blood pressure dangerously high from the last session, it was a relief to wander over to the next simulation, Train Meister (¥651). Train buffs are in for a treat, as this simulation lets you play the conductor of the JR Yamanote Line. While the simulation lacks the action-packed thrills of the previous two games, there is a certain high-stakes tension in knowing that scores of virtual commuters have placed their trust in you. Post-game, a nifty diagnostic reports how well you regulated speed between stations. I did not do so well.

The remaining simulations include Ski Rodeo (¥651), a breathtaking virtual ski slope that pushes wind into your face—yes, the attraction comes equipped with a fan—as you glide across scenic terrains; Argyle Shift (¥651), a mecha combat game; and Real Drive (¥651), the only non-VR game in the arcade, with an impressively large panoramic screen.

The experience at VR Zone is, to borrow a worn-out term, nothing less than “immersive.” Still in its infancy, the technology is naturally a little rough around the edges, but Bandai Namco is certainly making adequate headway into the arena. The future of VR shows great promise.