Mestrovic mesmerizes with calligraphy and more

Aerosyn-Lex Mestrovic’s creations are hypnotic and ethereal with their striking visuals of movement and fluidity. “My work is communication. Art is a process and a conversation, a dialogue between the creator and the viewer”, Mestrovic says. “For me it’s always been a form of visual communication and expression.” 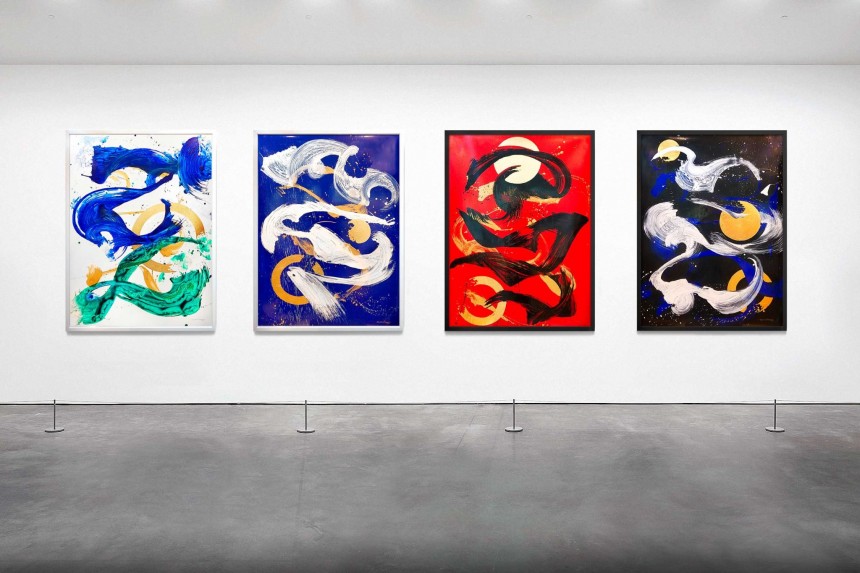 Originally from Buenos Aires, Argentina, Mestrovic’s creative energy was fueled by an introduction to painting and calligraphy at a young age by his father. After immigrating to the U.S., Mestrovic majored in fine arts and fashion at the prestigious Pratt Institute in New York.

Japanese calligraphy, Latin script, graffiti and Slavic mysticism are all artforms that inform his style and his own multimedia artworks fuse the mediums of ink painting, digital processing and immersive multimedia installations. His use of ink seems to take on a life of its own, organically moving within the boundaries of mixed media. His pieces become “living paintings.” 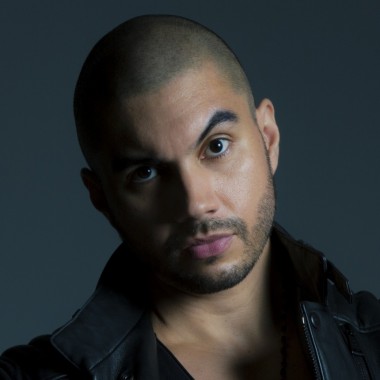 Mestrovic’s passion for lettering led him to Japan where he studied under a well-respected calligrapher. He now splits his time between NYC and Tokyo in pursuit of new collaborations and further inspiration. His admiration for Japan is evident in his art, where he explores the concept of gesture as it relates to Japanese calligraphy. It’s as if he transcribes a single thought or emotion into a single, fluid brushstroke.

Because his approach is bold and instinctive, Mestrovic has rightly earned the respect of the cut-throat art world establishment. His work has been featured in the MoMA Gallery, The White House, Miami Art Basel and in collaborative projects with Nike, Kenzo, Diane von Furstenberg and Kanye West. He now brings his creative genius to Uniqlo’s stablemate GU with a limited-edition clothing line featuring his signature calligraphy.

Mestrovic explains more about his collection: “The collection name is HYBRID TOKYO. I wanted to explore the sociological term of Social Hybridity or the means by which cultures assimilate and acculturate foreign cultures, trends, art and fashion and make it into something entirely new. The work for this collection, like much of my fine-art work, speaks to the ideas of multiculturalism, globalism, language and the visual representation of communication.”

There’s a lot on the horizon for the polymathic artist. He’ll be back in Tokyo to do a show at new space EDGE OF where he’ll be showing a collection of his new paintings. He’s also in preparations for a new performance piece at New York’s legendary Carnegie Hall, where he will collaborate with a famous Japanese musician for a full, immersive live performance. Mestrovic adds, “Artwork is all around us and while the traditional art industry had looked down upon artists with commercial practices, that is now changing as the power structure shifts away from the old, rich, typically white-male establishment and into the hands of the global creators and consumers themselves. It’s an exciting time indeed.”

THREE is a Japanese skincare and cosmetic brand that adopts holistic values to enhance the natural power of the body. THREE uses locally-grown Japanese organic ingredients, creating the highest standard products in a conscious and ethically sourced manner. Coral powder and sea silt from Okinawa, along with bamboo and hot spring waters from Aomori, are part of this uniquely Japanese skincare brand.

Try the anti-aging “Aiming” collection, which boasts nothing less than 92% naturally-derived ingredients or the THREE range that strengthens and restores the balance of mind, body and skin for both men and women. Drop into the flagship store and spa for a wonderfully restful and well-deserved experience. 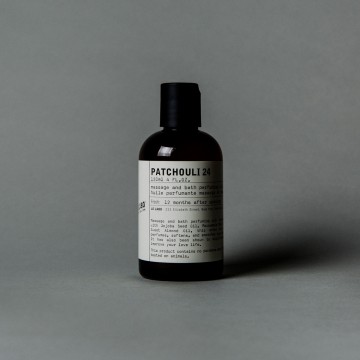 Nestled in a cozy side street in Ginza is an attractive boutique perfumery with distinctive aromas and a hip aesthetic. This is LE LABO fine fragrances. Founded in New York by Eddie Roschi and Fabrice Penot with the belief that the quality of a fragrance comes from the intention with which it is created and the attention with which it is prepared.

With an inquisitive mind, a creative spirit and a camera in hand, Louise is a self proclaimed Global Citizen who is inspired by her colorful life of travel and adventure. Louise has embraced her entrepreneurial skills and created her own women’s fashion brand, designing luxurious Japanese Obi and Kimono embroidered bags and accessories. She has also established herself as a fashion and portrait photographer in Tokyo and aims to create beauty, truth and artistic expression in her images. Now part of the Metropolis team as a Fashion and Lifestyle writer and photographer, she shares her vast knowledge, fabulous inspirations and insights with the readers of her regular features. Follow her for the latest on Instagram @edenthecollection