Plastic parts in the family

The world of Asian ball-jointed dolls (ABJDs) is one of pop culture entwined with fantasy.

“They’re works of art, essentially,” says Cassie Lafferty, a collector from Sydney, Australia. “If you think of it as a writer creating a story or film writer directing, the story is there—and I enjoy having an embodiment of character.” 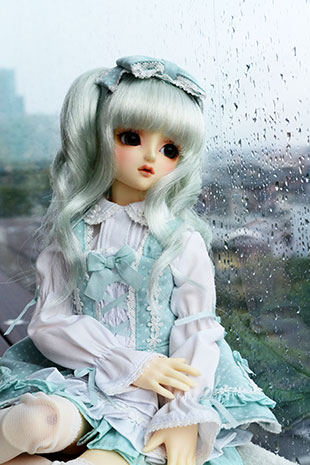 Lafferty became interested in ABJDs while studying abroad in Osaka in 2010. While she initially wrote them off as creepy surrogate children, a chance to play with a pair of dolls back in Australia changed her thinking—so much so that she now owns 11 of her own.

What separates ABJDs from other collectible dolls is that their ball-and-socket joints are strung with elastic, giving them an exceptionally wide range of lifelike poses. The style is inspired by Hans Bellmer’s German ball-jointed dolls of the 1930s, expanded upon through the exquisite Japanese doll tradition, then in turn inspired by elements of modern anime.

ABJDs debuted in the late 1990s by way of Volks, a Kyoto-based model kit manufacturer. Since then, the dolls have been a huge hit across the world, with the majority of customers found in Japan, South Korea and China, and a growing fan base in the West as well.

“I’ve always enjoyed creative processes, so for me, this is a whole collection of creative industries meshed up into one,” Lafferty tells Metropolis. “The dolls themselves are hand-sculpted and then molded and sent to the person who buys them. The faces are all painted by hand … you can put [on] customized hands, legs and feet. Some of them have wings, some of them are mermaids with tails, some are centaurs with horse bodies.” 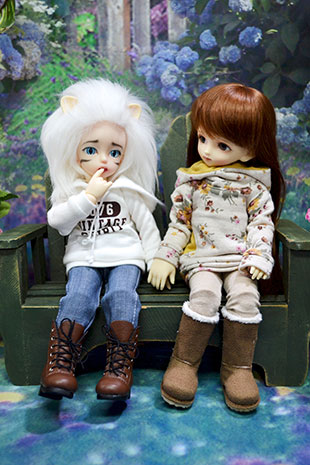 A single doll can run anywhere from ¥10,000-100,000. Sizes vary as well, with Volks’ Super Dollfie line ranging anywhere from 26.5-60cm in height. And the possibilities for customization are endless: Wigs, clothes and even hands and eyes are interchangeable.

Lafferty’s first doll was Aithne (pronounced ahn-yah), designed as a four-year-old girl with red hair. Lafferty put a lot of effort into deciding her name (which is Gaelic for “little flame”), as well as her backstory. In addition to having an older brother, Takeo—who in turn has a girlfriend named Yuri—Aithne has an otherworldly friend named Byakkomaru, a white tiger spirit with anthropomorphic ears, a tiger-striped face and cat eyes. He’s a shy and curious child, and only Aithne can see him.

The creation of such storylines is a very common aspect of the hobby, with the dolls taking on real-life personae.

For those less interested in micro-customization, Volks and other makers such as Luts (www.eluts.com) offer ABJD sets featuring popular anime, manga and mascot characters—including perennial favorites like Hatsune Miku—due to frequent collaboration with entertainment-related companies. These dolls are available at such providers as Tenshi-no-Sato in Harajuku and Volks Doll Point in Akihabara.

Whether considering Asian ball-jointed dolls as a hobby simply as a gift, there’s no question that these dolls open up a world of imagination and artistry. Volks says so itself in its motto: “We seek creativity.” 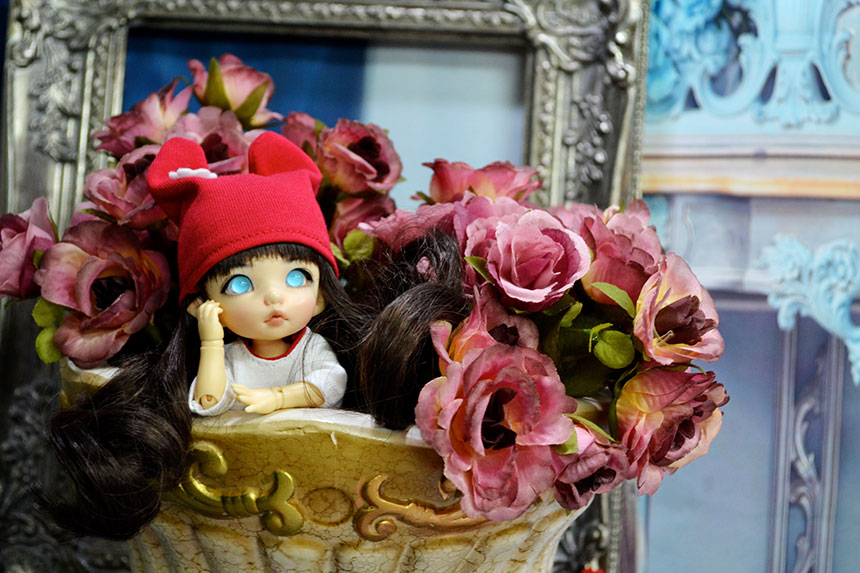