Living in Tokyo brings with it a share of trials and rewards unique to the city. The pros and cons go beyond affecting its human inhabitants, too; residents of the four-legged variety are also impacted by life in the metropolis—especially when part of a household.

But rather than training canines to become more human, a healthier, faster bond can be built by instead teaching man to be more dog. 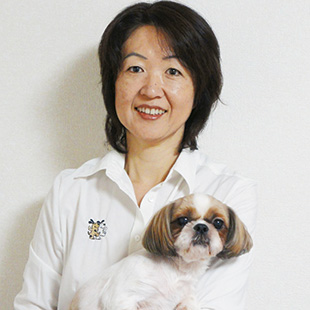 “We don’t train dogs; we train people,” says Chie Kawazoe, director at one of the world’s largest dog-training companies Bark Busters’ Japan branch, with headquarters in Yokohama, and therapists in Tokyo, Osaka, and Sendai. “We don’t try to stop dogs from barking or biting; but as long as the human … becomes the leader of the pack, the dog won’t do such a thing, like biting or barking. So we’re always training people to become a leader of the pack.”

While many dog owners enroll their pups into obedience schools to rid them of “misbehaviors,” Kawazoe explains the actions we deem as undesirable stem from dogs’ viewing the family as a pack—and how the dog takes a leadership role when their humans don’t.

“When a human becomes a leader of the pack, [dogs] will love the human a lot more than when a dog is the leader. That’s the difference between dogs and humans: when a dog thinks it’s a leader, he does things on his will and he doesn’t respect people much. When a human becomes a leader, they will respect the human and they’ll have stronger bonding together.”

Kawazoe’s husband and fellow Bark Busters director Nick Christ explains that the compact sizes of houses and apartments in Tokyo also contribute to dogs’ taking command of their pack.

“There’s no separate areas for the dog and people to go to; they’re always together. So the dog tends to take a leadership role in the house, and so when it hears a doorbell, it’s barking—it’s warning everyone else in the house that there’s someone at the door, and it could be dangerous.

“In Australia or America, where houses are much bigger, the dogs tend to be a little more relaxed.”

Given that dogs’ behaviors are a response to their environment, Kawazoe and Christ visit their client and conduct the training and counseling in their homes.

“Our philosophy is, you need to actually work with the dog in its normal surroundings,” states Christ. “So we visit the client, we spend the first part of the lesson understanding what the household situation is with the animal, how many members of the family there are, what are all the problems.

“As Chie said, we are training the owners, so we give them a presentation on dog psychology. We try to explain how the dog is thinking—how the dog perceives its world.”

Christ goes on to describe Tokyo as an overwhelming area for animals, which results in excessive barking and biting—common problems with dog owners in the city.

“There’s a lot more distraction. It’s a much more intense environment for the animals. It’s a lot more stressful.”

Kawazoe adds, “The most common problem is barking—especially when there’s a doorbell ringing, dogs bark. That’s more common here than in other countries.”

“One of the reasons why Japanese dogs bark at the doorbells really bad is, Japan is a very takkyubin country,” explains Kawazoe, referring to the popularity of home deliveries. “When they ring the bell, if you don’t answer it in three seconds, they’ll be gone; so people tend to rush to the doorbell, and dogs are looking at it, watching it. They think that the person is panicking, so dogs tend to bark to help the person.”

So instead of training a dog to suppress its urges, the Bark Busters directors advocate reducing the stress of the animal by encouraging people to create a sense of safety in their pack.

Things to Consider Before Getting a Dog 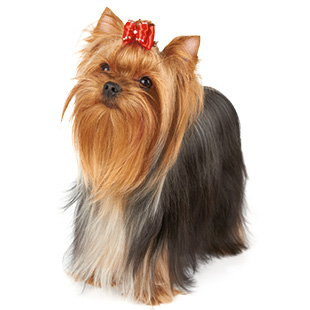 The idea of a cute, eager Golden Retriever or Dachshund waiting at home might be a very desirable one. Caring for a pet can be extremely rewarding—but it nonetheless is a serious, long-term commitment that requires forethought. Here are some factors to consider before welcoming a dog into your family.

Commitment. First things first: a dog’s lifespan ranges from 6 to 15 years, depending on breed. How are your next couple of decades looking?

Space. Does your home have enough space for a dog to move about freely?

Time. Factoring in work, school, and other activities, does your schedule allow enough time to care for a dog?

Cost. Food, vaccinations, checkups, supplies … caring for a dog can get pretty costly. Are your funds sufficient?

People. Consider the people you live with. Are they willing and able to help care for a new addition to the household? Are there kids under 13 living with you?

Pets. If you live with other animals, how would they react to another addition?

Vets. Is there one in your area that you trust and can communicate with?

Breed. Different breeds have different characteristics and needs. Does the breed you want match your lifestyle? Some shelters provide assessment; alternately, you can consult a professional.