A spotlight on Ben Mori’s “GENESIS”

The gigantic Hikarie complex in Shibuya is, for most, a retail and foodie paradise. Several floors are dedicated to the latest fashion and food trends and, like most new hotspots in Tokyo, is crowded from dawn ’til dusk.

Many visitors, however, aren’t familiar with the art spaces located on the building’s 8th floor. Several exhibitions and events running concurrently in these spaces, which boast impressive views of Shibuya below. 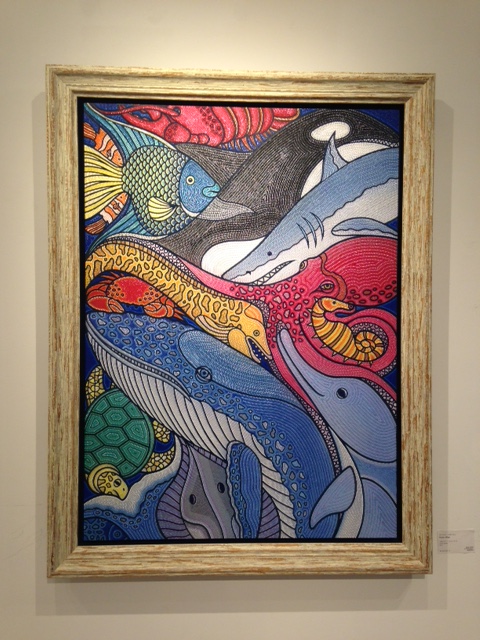 Artist and fashion designer Ben Mori is no stranger to Hikarie. He first showed there in 2014 with his “Kingdom” exhibition and, since then, has had three large scale solo shows at the Sezon Art Gallery in Jingumae, Shibuya ward.

Mori hails from a notable family. He’s the grandson of legendary Japanese fashion designer Hanae Mori and his sister is the TV talent Izumi Mori. A graduate of Rhode Island School of Design, he’s lived a fairly nomadic life moving between Tokyo and the U.S. And his love of art and design is unsurprising considering his family’s creative tendencies. In addition to his famous grandmother and sister, Mori’s father was a player in Andy Warhol’s New York scene and is noted for bringing the seminal magazine Studio Voice to Japan.

The 2014 “Kingdom” exhibit focused on his deep love of animals, something he’s carried since childhood when he was crazy for crocodiles and dinosaurs. The exhibition also borrowed some of Warhol’s modern pop iconography using images of Michael Jackson and Mike Tyson. Mori dabbled with the use of diamonds in this show with one memorable piece where he sculpted a leopard almost entirely from Swarovski crystals. A keen collaborator, Mori worked with other artisans, including a glassmaker who helped him create a spectacular glass coffin.

Mori’s new show at Hikarie’s 8/CUBE 1,2,3 is not a complete departure from this past work. Titled “Genesis” – using the Bible book of Genesis as a creative starting point – the animals are still there. Lizards, fish, dinosaurs and zebras populate the show, but the highlight of the exhibition is certainly Mori’s take on Christian iconography. His “Jesus,” while instantly recognizable to any viewer, transforms into the sublime through his intricate use of color and pattern design. 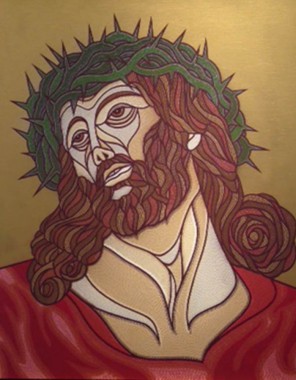 An accompanying work, “Hands,” is at first glance a simple image of clasped hands and a simple companion to his Christ figure. But Mori undermines this association by tattooing the hands, which could be a nod to Hindu symbolism or a comment on multi-faith interconnectedness. It’s a beautifully dichotomous work which forces the viewer to challenge the singularity of religion and the use of iconography — a visual leitmotif running through Mori’s work.

While Mori’s notable fascination with animals is at work in this exhibition, it’s his religious pieces which stand out. He’s certainly an engaging artist and one well worth looking out for.