Metropolis spoke to James Krivchenia, drummer for Manhattan-based folk rock band Big Thief about their latest album U.F.O.F, which is released by 4AD, and their love of touring.

Metropolis: Could you tell us a bit about the meaning behind the album’s title?

JK: Adrianne was writing all these songs and we were thinking about it for a while, and imagining what it could be. I think we picked the title because we felt it the most representative of the album as a whole, it’s familiar and people have all these associations of what a UFO is, but then add the word friend and adds a different layer. I think we liked the mystery and it just felt right. It felt like the best representation of everything.

M: What was the inspiration for the new album?

JK: The biggest inspiration is just playing together so much for the last three years. The deeper friendships between us that all grew in the last three years of touring. Feeling inspired by the strong musical bond that was happening. But also, we listen to all sorts of music, there’s all sorts of influences and inspirations. We never really try and copy something when we make something, but we listen to a lot of droney, ambient music or more spacey stuff. So they definitely find their way in.

M: This is the first album you’ve released with 4AD. What difference does it make?

JK: It doesn’t make a difference to us really. We were gonna make this album whether a label wanted to put it out or not. We are not taking the label into consideration really. It’s great that they are putting it out and it’s really nice that they help pay for some of it. 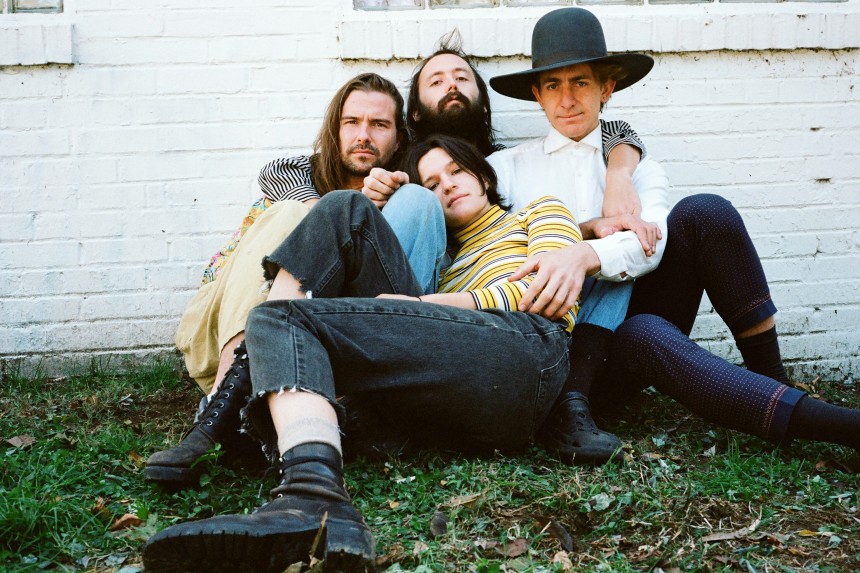 JK: The recording was good. It was intense, it was like three weeks of just intense recording everyday. So it was very focused and very full-on, just taking up all the brain power we had. But it was also really beautiful and inspiring and there would be so many moments of everyone just listening back to something we just played and being amazed by it. So lots of really beautiful moments that I’m sure we’ll all remember for a long time. It was kind of a similar environment with the previous one in that it was a studio that’s in the wood, but this time we were in the Pacific Northwest near Seattle, so compared to New York it was rainy and there were pine trees everywhere. It was beautiful but gray also.

M: In another interview, you mentioned: “If life is built on change and permanence, I would rather accept the truth while feeling uncomfortable than being at a loss.” What does current society look like to you?

JK: I don’t know, it’s a lot of things. It’s so many things at once, it can be so beautiful and so crazy and interesting and shocking, and also so sad and it can feel so overwhelming too. I don’t know, it means a lot of things, but we are sort of trying to focus on asking questions about what it means rather than prescribing answers to the ills of the world, you know? I mean we are trying to … you don’t wanna just be like a hermit who doesn’t interact with the world around you. We are all impacted by what’s going on right in front of us and what’s going on in the world. 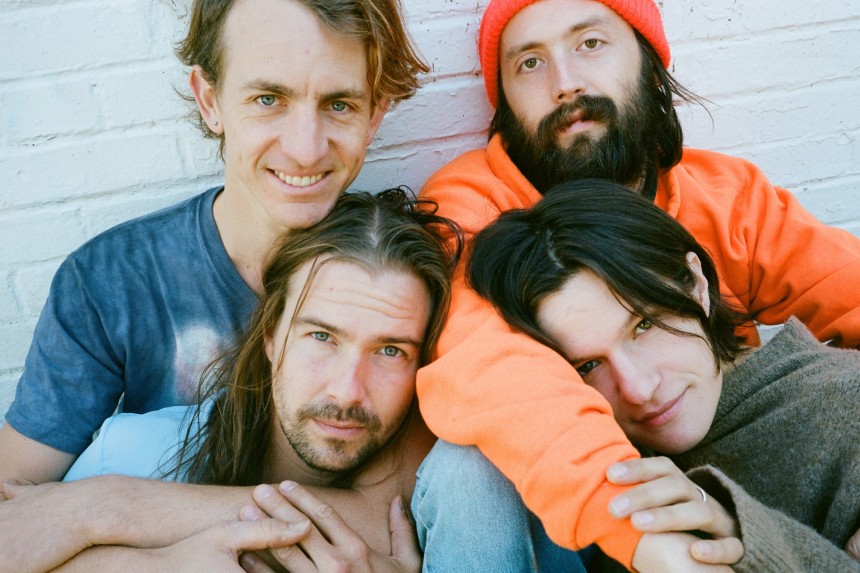 M: You have been touring for the past four years. Do you like touring?

JK: We love touring. It can be exhausting, it can be hard, but it’s so worth it, it feels so good to play music to people. Especially when people are coming out to shows and enjoying it. And it feels so good to play music together. It kind of keeps you in touch with reality of what you are doing whereas album making is a little more abstract and heavy. Touring is just so physical.

M: What are the things you guys are most excited about while travelling?

JK: I think just seeing new places and interacting with new people and making new friends is the most exciting thing for me. And playing shows is obviously really special too, never knowing  what the vibe is going to be and just walking into a situation that ends up being so special is really fun.

M: Have you been to Japan before?

JK: No, and I really wanna go.

M: Do you have anything you’d like to say to the Japanese fans out here?

JK: I just want to express gratitude and I really appreciate that they are enjoying the music and we know we are gonna come to Japan and play music at some point. It’s kind of just a matter of finding the timing. So we are really stoked to be able to get over there and see the culture and share our music.