Metropolis spoke with craft brewer Bryan Baird of Baird Beer about his new taproom in Kichijoji and making the kind of beer he wants to drink.

Metropolis: I’m excited to be here in the new Kichijoji Taproom. Why did you decide on Kichijoji and why did you choose such an intimate space?

Bryan Baird: Well first, back in our love-love days in the 1990s, she [Sayuri Baird, Bryan’s wife and business partner] lived around here and we have always liked the area. In Kichijoji, we had been walking around for several years but had never stumbled into the right location. We open all of our taprooms in places that are sort of significant to us as former Tokyo denizens. This is the first taproom we haven’t built from scratch. Swan Lake Brewery from Niigata opened a place here and closed it within six months.

M: And the prospect didn’t scare you?

BB: Not at all. It was already built out. We liked that the beer infrastructure was already in, so it was a no-brainer. All of our taprooms are different. They aren’t cookie cutter. Our concepts are flexible on any size, but it just so happened that this was the place that presented itself in an area that we liked at the right price point.

M: Each taproom seems to focus on a different cuisine. Tell us about the options here in Kichijoji. And when selecting food for the taproom, what factors do you consider?

BB: Well, A: beer is the most diverse alcoholic beverage on earth, and B: beer pairs better with food than any other alcoholic beverage on earth. Beer can pair well with virtually any culinary style. Sayuri and I have always loved American Southwest cuisine. We call it “Southwest soul food.” We bring over our brisket that we smoke at Bashamichi, the chili that we have made at our other taprooms, and we have a seasonal gumbo and some Western-Mexican influenced food. It’s not just Tex-Mex, it’s Southern food. We haven’t come across a place that’s got good Southwest soul food. We’re doing things that we love and things that nobody else is doing. 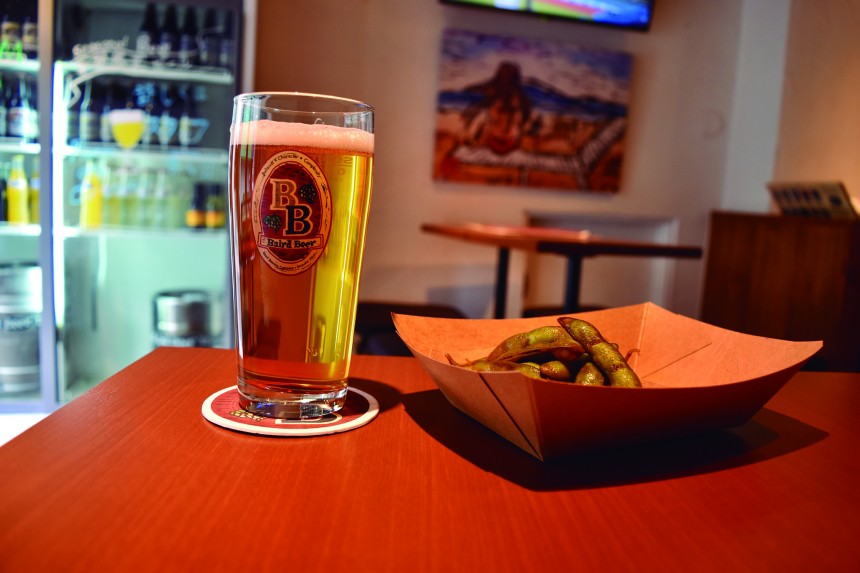 M: When you look to include Japanese ingredients, I know you’ve said that you avoid extracts and try to always use fresh in-season ingredients. How do you choose which ingredients to include and how do you try to avoid brewing something that feels like a gimmick?

BB: I came out of brewing school in 1997 and American brewers hated fruited beers because they were a gimmick. It was just putting some raspberry extract into a wheat beer. I came from that mold, but then I pieced together a brewing philosophy of minimal processing in terms of hops and floor-malted barley, and that was easy to extend to other ingredients. Even if it’s fruit, if it’s natural, in season, fresh and we put it through the fermentation process, that doesn’t violate my tenets.

The gimmick stuff is quite bothersome. People try to mimic seasonal brewing but they don’t use fresh ingredients and put them through the fermentation process and so it comes off gimmicky. When we use fruit or any other nontraditional ingredients, the point is that we could not use that ingredient and it would still be an excellent beer. Less is more is our attitude. It’s subtle. We are making beer, we’re not making fruit juice.

M: Now that Baird Beer is becoming a much larger brewery, how much of your time is devoted to brewing and developing new beer and how much is devoted to managing the growing business?

BB: I don’t stir the mash anymore. I’m not a blue-collar brewer, but my office is down in the brewery. Everything that gets brewed — how, when, why — I decide. You get older in life and it’s a natural progression. If I were doing all the brewing, then we couldn’t grow. I couldn’t oversee that. Sometimes, do we hanker for the old days when it was smaller and simpler and we were doing everything? Yes, but then you look … would we want to be in here every night running this directly ourselves as we get older and older? No. We want to build a business that’s bigger than us, that goes beyond us, that can outlive us. 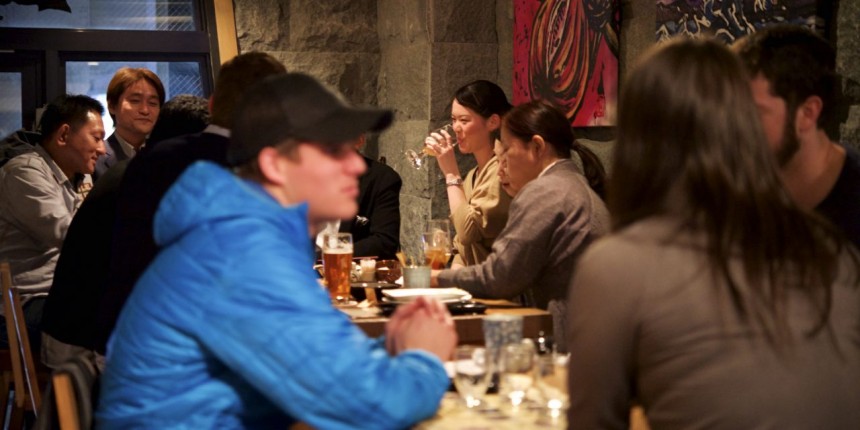 M: How do you feel about the Japanese macro breweries trying to tap into the craft beer scene by marketing their beer as “craft”?

BB: I would call it crafty. They have already appropriated the name “craft.” They aren’t stupid; they see that the core industrial lagers are shrinking. As the population shrinks and ages, people drink less. But at the end of the day, craft is about real creativity, real craftsmanship and authenticity. It’s not in their DNA. We compete on character, flavor and personality. Industrial brews have to appeal to everybody. As a craftbrewer, you don’t.

M: Thanks for the answers. Before I let you go, could you tell us about what future plans you have for Baird Beer?

BB: We have seven taproom pub restaurants and we’d like to, every couple of years, open a couple more. We’d like to become an agricultural cooperative and continue our efforts in organic agriculture. We want to continue to be full players on every tier of the market and try to lead, try to help change the market.