While many celebrated Chinese artists live and work abroad a substantial amount of contemporary art coming out of mainland China is devastating in its expertise and politically and culturally essential. The work of artists like  Zeng Fanzhi, Zhou Chunya and Yue Minjun are acclaimed both in their homeland and abroad, and they have, in turn, become art industry superstars. 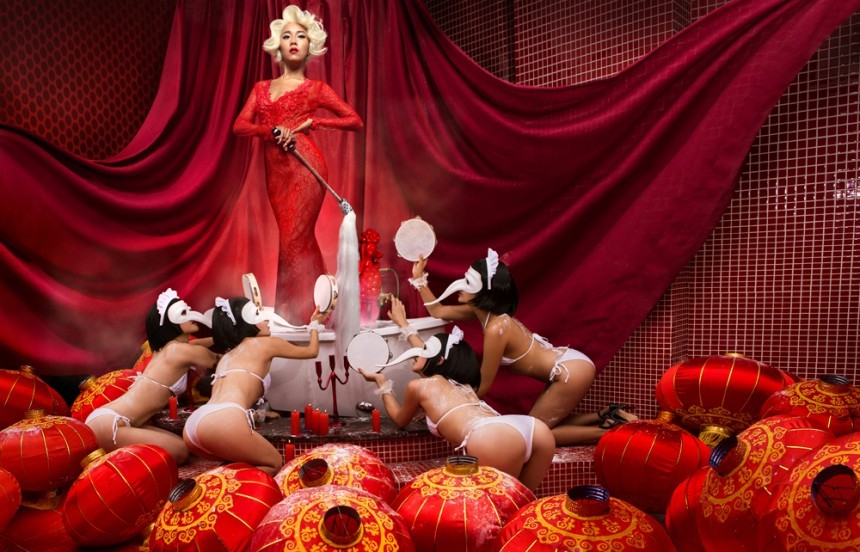 C.H.I. is a photographer and artist who aims to become one of the new leading artists coming out of the Asian superpower. His first exhibition in Japan, “Chinese Cutting Edge” at the Diesel Art Gallery in Shibuya, is a riotous and cheeky take on contemporary Chinese society. The exhibition comes courtesy of leading Japanese photographer and curator Yasumasa Yonehara who first encountered C.H.I.’s work when he travelled to Beijing in 2012. It’s taken him five years to finally bring C.H.I.’s work to the Japanese capital.

A former punk and social rebel, C.H.I. still holds an irreverent attitude to life and in the program notes writes, “These pictures are like a roar, a slap in the face to the society we live in and the idiots.” Born in Shijiazhuang in the early 80s, he has seen, first-hand, the dramatic changes that have taken place in China over the past few decades. His critique and stance on these changes are more than evident in the work shown in this exhibition. 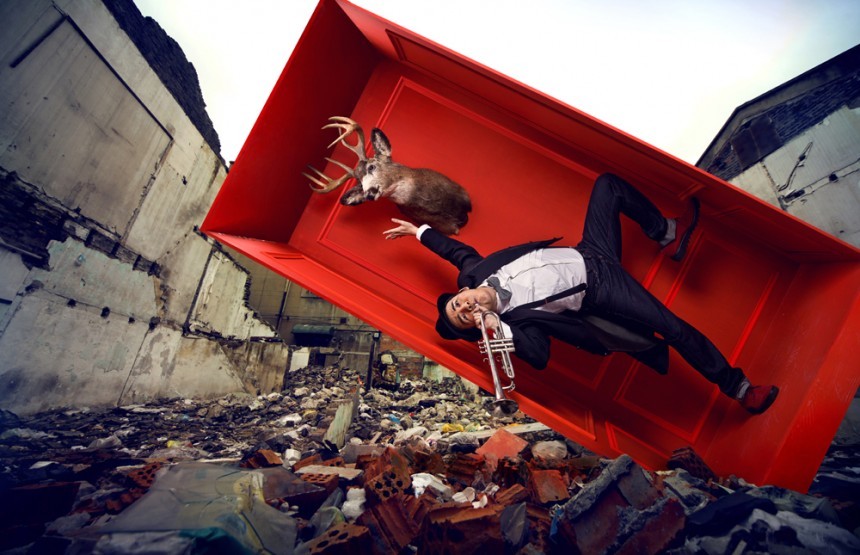 The resulting work is audacious and vibrant as the exhibition leads us through his early works and on to newer pieces that critique internet culture. The main photographs—which have been enhanced by photoshop—show various nightmarish visions and take the title “Hotpot.” Nudity and images of extreme wealth (he has a fascination with money) are continuing themes, however, his collection “Nonsense Wedding” shows a lighter and more humorous and surreal vision. Artists such as Salvador Dali and even Damien Hirst are probable references his work in addition to comic books and collage structures and form. 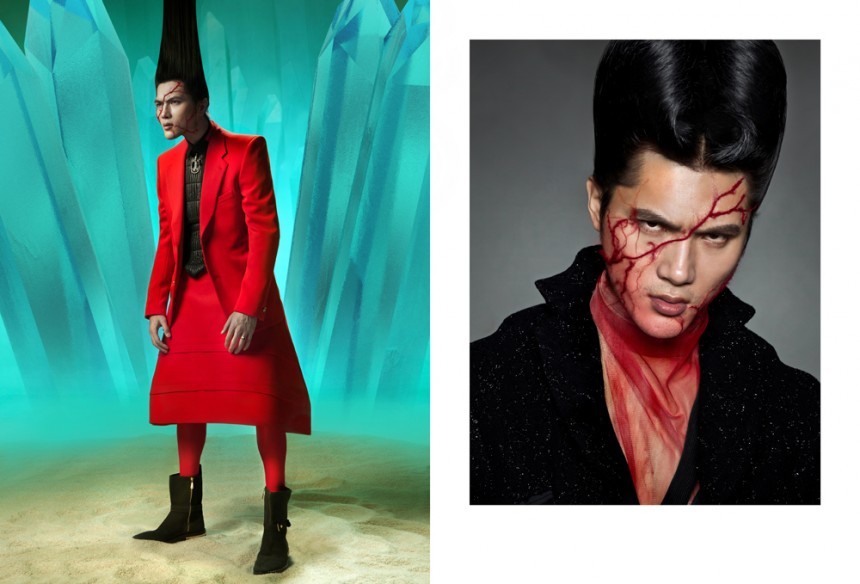 The most powerful work comes in a series of small photographs which show various subjects encased in small and cramped water tanks. One has a woman recreating a selfie pose while another shows a subject, arm hoisted, trying to hang on to an imaginary handle on a train. There are other references to the gutter oil scandal, which hit China in previous decades. Another set of collage work makes indirect cultural and sociological statements about the new emergence of class hierarchy in China with a child with lazer eyes looking down, presumably on a social inferior. C.H.I.’s more recent work takes a jab at internet and pop culture. While perhaps not as powerful as earlier work, they solidify his future as an influential contemporary artist. The former Rolling Stone (China) art director is apparently channeling his energy, at the moment, into film production—unsurprising as his work, in parts, has an assured cinematic aesthetic.

It’s a solid exhibition and a powerful introduction to contemporary Chinese art for a Japanese audience.