Chelmico Charts Their Own Path

The new faces of hip-hop

Before live shows, the rap duo Chelmico has a tradition that’s more NBA pregame than J-pop. Mamiko Suzuki and Rachel Watashiga start with stretches, they tell Metropolis from a cafe in Tokyo, and then put their hands together. Then, as demonstrated live from the table, they say “Chel…Mi…Co!” and break apart before heading to the stage.

“We see one another about once a week, outside of practicing, usually to go drinking,” Suzuki says. “But it feels like we see one another every single day.” The next day, they plan to go to Disney Sea together.

This closeness comes through in their music, which has been some of the most intriguing work to come out of the capital since the group officially formed in 2015. The foundation of the pair’s songs is hip-hop. Take this year’s “Highlight,” their most viewed number on YouTube. Watashiga delivers speedy lines, barely pausing before zooming into her next set of lyrics. Suzuki, meanwhile, allows words to linger a bit more, rapping in a more melodic way that often transforms into full-out singing.

Yet Chelmico’s music spins off in all sorts of other directions. “Highlight” is anchored by a big shout-worthy chorus, falling somewhere between festival wave-a-long and weekly TV show-ready. Other Chelmico songs touch on ‘80s Japanese pop, surf rock and dance. The producers providing them tracks to rap over hail from the boom-bap side of Japan’s hip-hop community and the wonkier netlabel community in equal measures.

They are representatives of a larger shift playing out in Japanese music. The center has fallen out, save for a few legacy artists who can always count on support. The environment has fragmented, which has allowed artists embracing styles that usually aren’t represented in mainstream J-pop a chance to creep in closer.

And it comes as a new generation of performers, like Chelmico, come of age. They grew up with access to all sorts of music, and no walls separating it. They could hear a little bit of rap, punk and funk in one hour without feeling it jarring. And it’s coming across in their genre-skipping music. Chelmico shows just how wonderfully jumbled it can get.

Both Watashiga and Suzuki grew up in households full of people with varied musical tastes. “My family loved music,” Suzuki, who grew up in Tokyo, says. “My dad was a big fan of ‘black music,’ while my mom listened to things like Tatsuro Yamashita,” adding that her two brothers showed her contemporary rap and rock. Watashiga spent her time in Yokohama, with a few visits to her father’s home state of Missouri (“it’s very…country”). She started playing in punk and emo-tinged rock bands in junior high school, including one simply called Rachels. 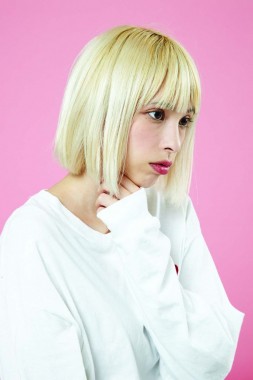 The two met a few years ago, via a mutual friend. “We met in Nishi-Nippori, in a McDonald’s,” Suzuki recalls before remembering her first impression of Watashiga. “Rachel was so tall! It was like a model walked into the McDonald’s.” Watashiga remembers the conversation revolving around nearby things — “wow, this juice is so good” — but soon turned to music, the pair connecting over a shared love of Rip Slyme. That group, which took American hip-hop ideas and pushed them in a goofier, pop direction, were favorites for both in elementary school, and they quickly bonded.

They became regular friends. Suzuki, still in high school, was focused on preparing for exams, while three-years-older Watashiga did various modeling work (first impressions can be right!), appearing in various media and popping up in the background of music videos by Oomori Seiko. One of her friends was organizing an event in spring 2014, and had an extra ten minutes of time to fill. He offered them to Watashiga. “I invited Mamiko to rap with me for that show.”

With two weeks total to prepare, they recruited a friend — rapper Gomess — to make a beat for them and help them write lyrics for a song (“It was so happy and bright,” Watashiga remembers). Then, they spent about seven days rehearsing it in a karaoke booth before doing it for real, which Suzuki says felt surprisingly natural.

This was the beginning of Chelmico — a portmanteau of their names — though the next step came a year later. Suzuki says she focused on her exam prep, while Watashiga balanced small media gigs with a part-time job at a sushi restaurant, most of her days ending in listening to music and watching movies. But another offer to perform at a show for 15 minutes — along with Suzuki’s decision to take a gap year — gave them a chance to pick up the project again.

“We decided to make better music for this show,” Watashiga says. They reached out to a friend to provide a track. “But we decided to write the lyrics. We worked out the verses, and then when it came time to do the hook, we sort of just hummed it out together,” Suzuki says. The end result was “Labyrinth ‘97,” a mid-tempo song featuring saxophone notes conjuring up Japan’s Bubble era. It was the first proper Chelmico song, and set the template for all that followed. 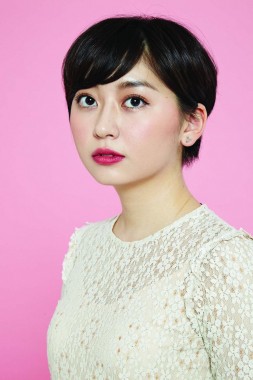 “Everyday life is our biggest lyrical inspiration,” Suzuki says. “It’s kind of like a diary for me.” Songs often focus on everyday topics — “Summer Holiday,” featuring a tropical vibe courtesy of producer Mikeneko Homeless, is about enjoying the beach, while the drowsy “Night Camel” fixates on life with little money, complete with shout outs to the film James And The Giant Peach. Suzuki also raps solo, having released an EP this summer, which finds her exploring more bummer stories from her life that might not mesh with Chelmico’s generally upbeat sound.

“They are very sweet in person, but I became their fan immediately because their lyrics sound grumpy or even sulky,” says Kurando Furuya, a video director with media company Lute, who has made videos for Chelmico and featured them prominently in Instagram stories. “The first time I met them, they smoked cigarettes and they were like ‘so what’s Lute anyway?’ But we got close, and they are very interested in trying new things.”

They released an eponymous debut album in 2016 and, more recently, shared EP, a six-song set true to its title. They’ve honed their vocal skill between the two. “We’ve become more aware of our strengths and weaknesses individually,” Watashiga says.

For all of their musical twists, Chelmico’s base remains rap. That genre is enjoying a resurgence in Tokyo, thanks to gruffer acts such as Kohh and JP The Wavy, but Chelmico exists in a separate zone. “Maybe in the ‘90s rap in Japan was more geared towards strong and tough styles, kind of trying to be a ‘thug’ in some way,” Watashiga says, with Suzuki adding that “now you have a lot of mixed styles. Maybe you have intelligent rap too, or you have more pop-leaning stuff, which I think Chelmico falls under. But you just have so much more variety.”

Rap in Japan circa 2017 tends to follow two paths — artists are either inspired by American acts or other Japanese ones. Chelmico falls in the latter category, and their love of Rip Slyme helps explain it. That group has been criticized for being too pop or too goofy, but they — along with fellow early 2000s duo Halcali, a similarly genre-bending project — pushed hip-hop to the greater Japanese mainstream. They also offered up Japanese rap music that didn’t sound like simple imitation of what was coming out of the U.S. 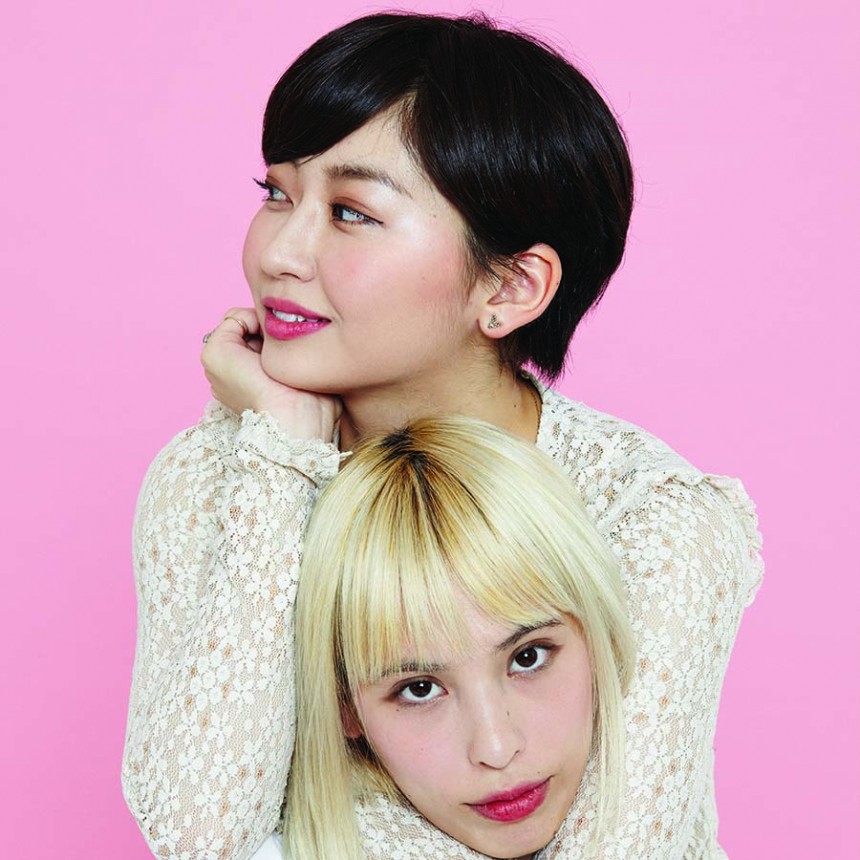 Chelmico, along with groups such as Wednesday Campanella and Charisma.com, is following the path these older groups set down at the turn of the century. But they are updating it with a more adventurous palette, drawing across styles they’ve been listening to since they were young. Like many 20-somethings globally, they are sonic omnivores, and this attitude is spreading further in Japanese music.

“It all depends on the viewer – from the angle they choose to see us, we can be anything,” Watashiga says, reminding me of a scene during a set they performed earlier this year at Daikanyama’s Space Odd. While the two bobbed along on stage, two guys in front of me debated just what to classify Chelmico. Were they rappers…or idols? Or something else?

“We aren’t idols though,” Suzuki says. “Because we write the songs ourselves. But hey, I guess if people think we are as cute as idols that is a good thing.”