The Best of Tokyo’s Christmas Illuminations 2018

Christmas is just around the corner and it’s time to think about spending quality time with your friends and loved ones. What better way than to indulge in a quintessential festive experience? We’ve listed some of the best (and brightest) illuminations around the city and suggest you prepare to be dazzled. 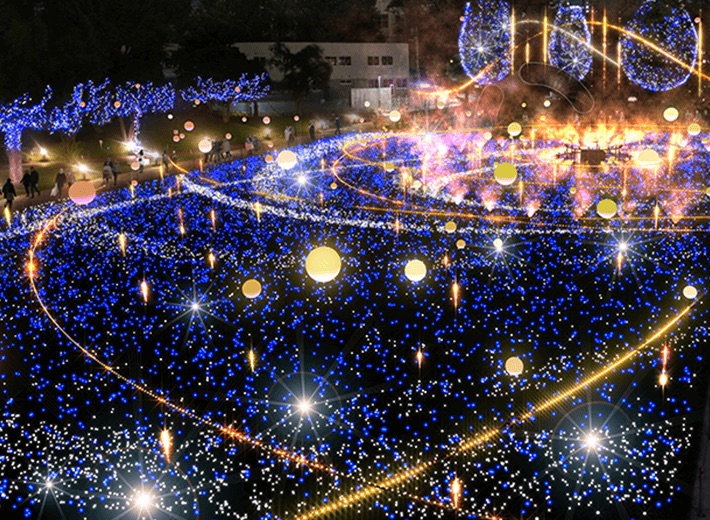 The Midtown Christmas Illuminations, one of the most well known in Tokyo, is featuring a soap bubble effect this year, until December 16. Thousands of LED lights and balloons will create a space-like atmosphere, perfect for your pre-Christmas Instagram shot. Yet this is only one part of the famed illuminations, with the main attraction still centered in the Square Garden, a free space with an amusing array of lighting by Roppongi Midtown. The latter is free and a very worthy starter to this list. 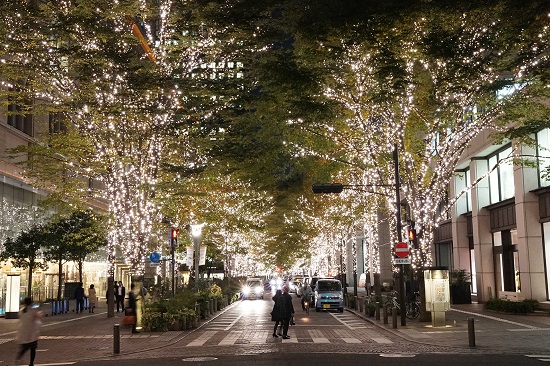 Avoid the impending feeling of your holiday being over and going back to less merry days at work by heading to Marunouchi, where the illuminations last until mid-February. Take the time to give your heart that extra little bit of brightness, or if you simply miss out on all of the illuminations that end in December or January, make this your plan to ensure you make the most out of the jovial season, sans time pressure and worry. The Marunouchi setup has gold-colored illuminations wrapped around the trees which line the area’s main boulevard. 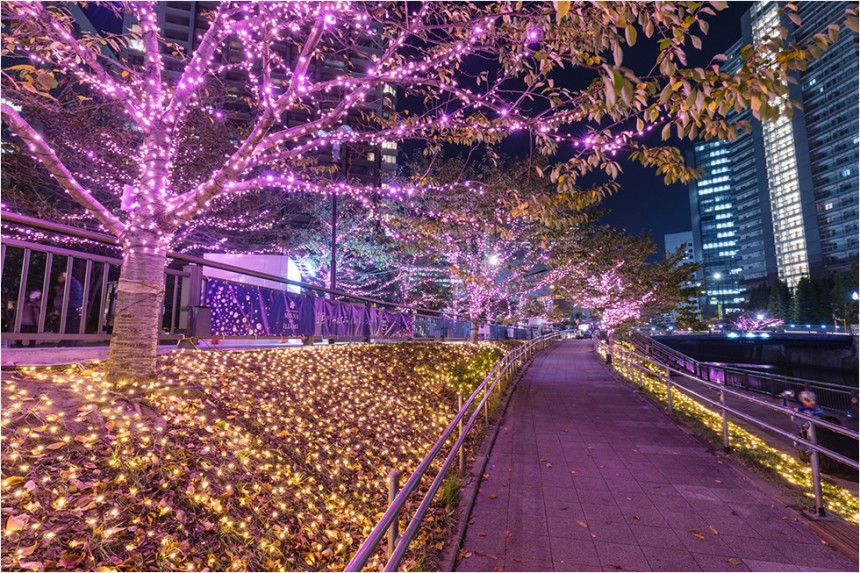 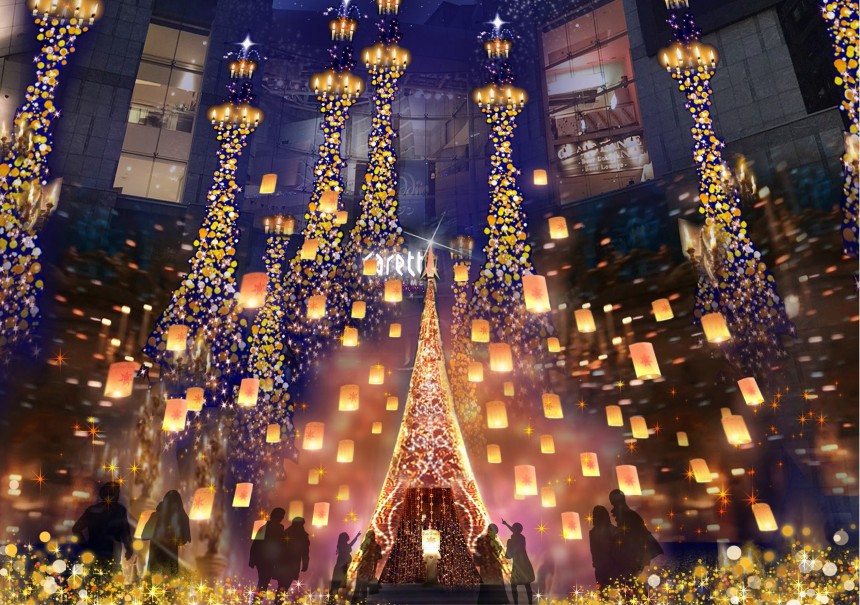 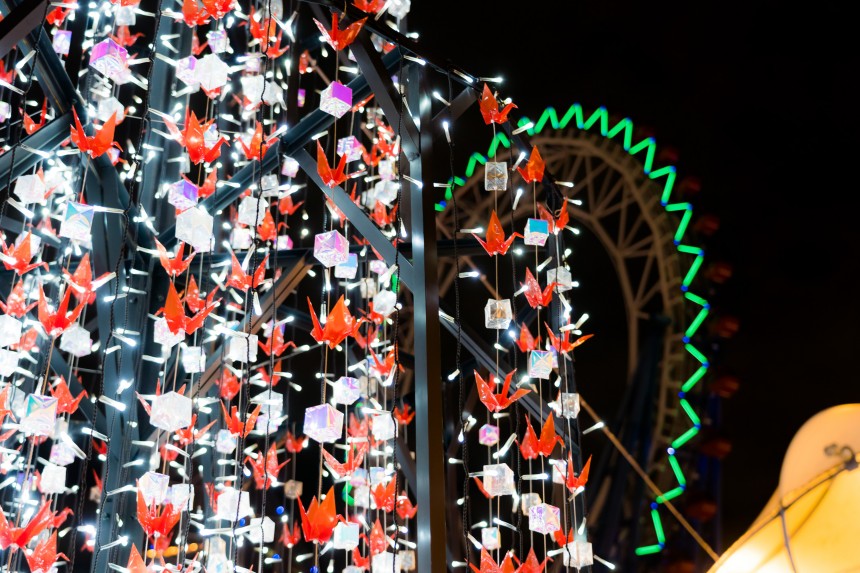 Illuminations during the Christmas season may be similar to the ones you’ve experienced overseas — after all, the theme was born in the West. However this year, Tokyo Dome City has decided to reflect its own identity, with the Winter Lights Carden illuminating a Japanese-style design. Japanese-inspired crafts will be implemented in each of the decorations, including Edo Kiriko, Temari, Mangekyo, Origami, Hanabi, Take Akari and Wagasa. Indeed, this may be the most locally reflective illuminations of them all. 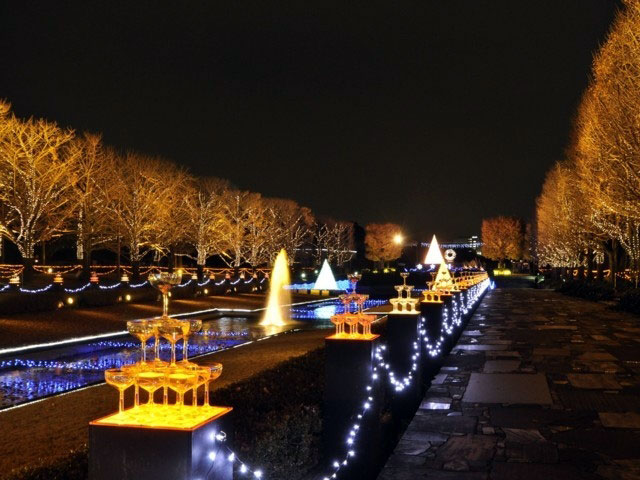 Going to the park in the cold weather isn’t ideal, but if you can watch a set of alluring illuminations and their corresponding reflections, you may decide it’s worth it. Your decision would be right. At Showa Kinen Park, a whopping 15,000 individual champagne glasses are scattered about in what can only be a highly and beautifully coordinated organised mess. Visiting the park in the early evening is strongly recommended as there will be a daily fireworks show launching around 7pm. This isn’t to be missed!