1964. The year that a modern and revitalized Japan was showcased to the world. Alongside the global focus of the Olympics came with it a new way of living for its citizens. Much like other nations post WW2, large concrete public housing projects began to appear throughout the urban landscape. The difference in Japan, however, was that these were predominantly targeted at the new emerging middle-class rather than a leg-up for those on low incomes. Many of these new spaces in and around Tokyo required winning a dedicated lottery or being on a lengthy waiting list in order to secure accommodation. It was a vision of the future. A dream. And as the Tokyo 2020 Olympics looms on the horizon, the change that Japan has experienced since then can be neatly bookended by the sole image of the decaying danchi (housing estate). For many, the dream is over. For Kiwi Cody Ellingham, however, these structures have been a source of intrigue, and photographing them has given him a way to explore how our perception of these places has changed over time. “A lot of people have looked at danchi through the lens of the day and through the lens of nostalgia because maybe they grew up in one. Whereas I’m seeing danchi today and as they are,” he explains to Metropolis. 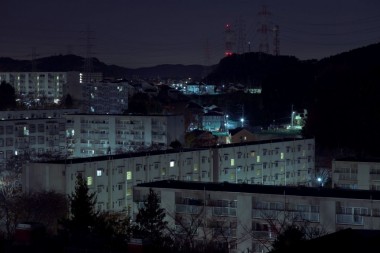 The blocks of Hirao Danchi in western Tokyo

Born and raised in an environment the polar opposite of contemporary Japan, Ellingham took up photography upon his arrival in the country six years ago. With an interest in design, art direction and storytelling alongside image-making, it wasn’t long before he began to gain a lot of online attention for his work, particularly his “DERIVE” project, a photographic series that captured early evening and night views of Tokyo in a colorful and cinematic manner. “DERIVE for me was a representation of my wanderings in Japan and being in this new city, being overwhelmed by the lights,” he says. “Also, it was always interesting exploring the old Japan (1970s/’80s) … I looked for buildings from that period for DERIVE. I was never too interested in the super-clean, slick new stuff. I was always more into the ‘Shinjuku look’ where it’s a little bit weathered, that’s the look that I grew up with … that’s what DERIVE was really looking at. With DANCHI I really narrowed that theme down and I was focusing on this idea of the modernity, but I feel like I was in a different place when I was shooting DERIVE in terms of my style and in terms of what I was trying to do.”

Ellingham spent over six months researching the history and location of over 40 well-known or era-specific danchi, utilizing Google maps to locate many of them and getting an overview of a particular look before visiting. “There are definitely aspects of their personality coming through … I don’t think these are dystopian structures by any means. It’s not like I could compare it to Soviet [style], I don’t think that’s a valid comparison to make,” he explains, regarding how it felt spending time alone amongst the masses of concrete and steel. “Each one, you get something from it.” By continuing to photograph at night, the images he produced are devoid of life, allowing the sense of loneliness and decay of the danchi of today to be heightened. “I’m not trying to document, I’m not trying to show you every aspect, I’m trying to ask questions,” he adds. “And so that might mean I only use one photo from a whole danchi that I visited because it’s got that one thing that I wanted to show.” 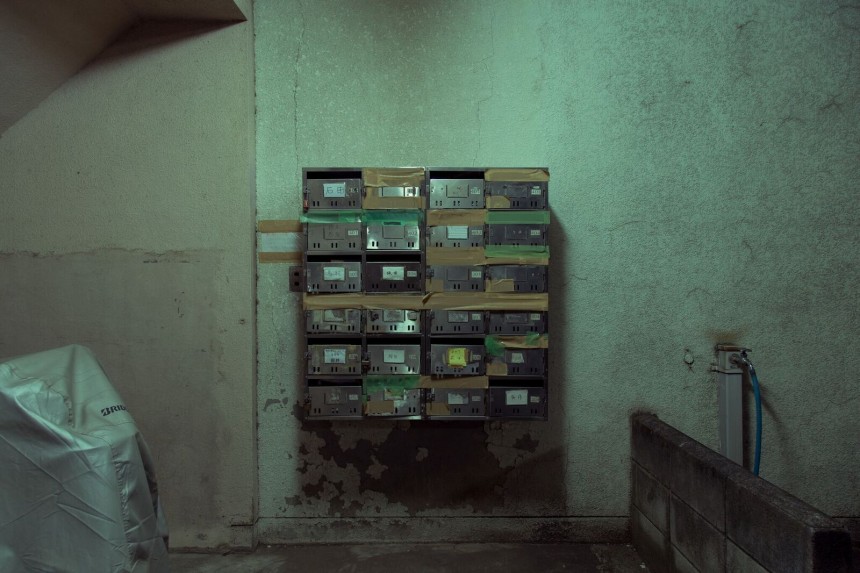 For one week in May, Ellingham will hold a special exhibition of prints from this series (his first in Tokyo). As opposed to a traditional “photos on the wall” approach, he plans to make the exhibit more of an experience. The venue, an old factory from the golden age of the danchi, is a perfect location to showcase and reflect that specific era. The series is divided into three movements. The first is the exploration of the dream, bright lights and symmetry, with the second movement focusing on decline, buildings are becoming dilapidated. The third and final movement is decay: empty buildings, people dying alone and not being found, buildings getting ripped down and replaced with shopping malls. It is this cycle of change that keeps Ellingham probing into the depths of Tokyo. “It is always changing … but underneath that there are threads of stuff that’s always been there, so I’m very interested in the history and what used to be. I try to explore that through my photography and ask those questions and get people thinking. I never consider [my photos] a snapshot. I hate that word, but for me that’s not the goal, that’s not what I’m trying to do.”

Moving forward, Ellingham hopes to take the project abroad, with China holding a particular interest due to the parallels it is experiencing with its own economic rise comparable to Japan’s “dream” phase. “The work was created here [in Japan] and having this first exhibition here, it’s a very special place but I think the work is definitely going to be moving forward and going global, I’ve got plans for that in the future.” 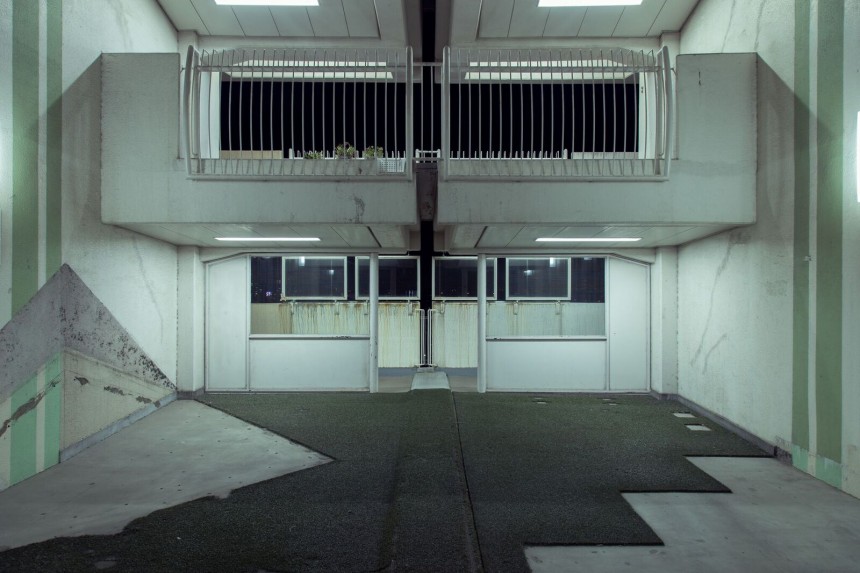