At just about every discussion of the Japanese economy these days, there’s one big elephant in the room: the 2020 Olympic Games. And although four years remain until the big event, preparation is already underway.

The most obvious sector leading the way is tourism. Various agencies are looking toward the Games for a significant boost to Japan’s tourism and business industries. I recently got a first-hand look at the strategy being employed, courtesy of an initiative by the Tokyo Convention and Visitors Bureau (http://tcvb.or.jp/en/) and Japan’s largest PR agency, Dentsu. 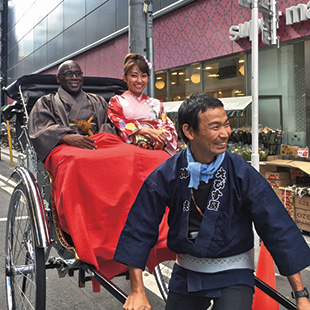 I have to admit, I didn’t know quite what to expect when I was presented with the opportunity to visit Tokyo and Aomori—especially when I found out I would be making this trip with a good friend of mine, Los Angeles actress and blogger Ami Haruna.

I’ve always thought Japan offers much to foreign visitors in the way of culture, history, tradition, and genuine hospitality. But over the course of three days, what I discovered was a Japan I hadn’t experienced before, but was happy to get acquainted with.

I started the trip with a walking tour of Asakusa, an area that features so much in the way of rich, traditional Japanese history.

At the same time, you can see the advent of new Japan with the presence of Tokyo Skytree, visible in the background from many of the streets and shops. Asakusa is easily accessible by train from any part of Tokyo. Maybe it’s the impressive red Kaminarimon (“thunder gates”) that greet you as you enter the Sensoji Temple. Or it could be the variety of shops that line the pathway leading to the shrine. But the magical charm of visiting one of Japan’s most cherished shrines is unmistakeable.

One of the highlights for me in Asakusa was our visit to a photo studio where I got to wear a kimono. Since I knew very little about how to select which kimono to wear, I found it very helpful that the staff at the shop were adept at picking out just the right combination. I have to admit, the transformation was simply extraordinary! With each layer that was added, I could feel myself thinking, “Now I know how Tom Cruise felt making The Last Samurai!”

Just when I thought nothing could make my kimono experience better, I walked outside to see a jinrikisha rider from Ebisuya Kaminarimon waiting to take Ami and me on a ride that truly has to be experienced to be appreciated! 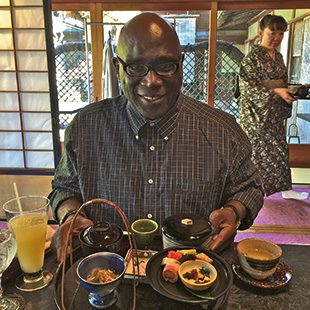 The most eye-opening aspect of the tour was my visit to Hirosaki City in Aomori Prefecture. The first stop on the itinerary was Hirosaki Castle Park. You can get there from the station by ¥100 bus. If the weather is fair, I suggest a better mode of transportation: the bicycle. The rental price is reasonable, and biking is a really nice way to see the city!

If you need a reminder of one of the biggest attractions in Hirosaki, you need only look to the post office box outside the station, which is adorned with a giant apple.

Hirosaki Castle is surrounded by three moats. It originally stood five stories tall, but was destroyed in a fire in 1627. It was rebuilt in 1810 as the current three-story castle. During cherry blossom season, the park’s 2,600 sakura trees make it easy to see why visitors call it a majestic sight!

The culinary highlight of my trip to Aomori was dinner at the prestigious Suimeiso restaurant. Its traditional Japanese setting—complete with garden—together with the course meal that I had was a visual and delectable masterpiece.

The great thing about being in Hirosaki City is that you’re never far removed from the influence of the apple trade. I’m talking about the wide array of delectables produced here to highlight the area’s delicious apples. After all the excitement of the tour thus far, I took a break to dine on a variety of apple pies at the cafe located inside Fujita Memorial Garden. Most cafés and coffee shops in Hirosaki will offer you a sampling of apple pies and pastries, so all you have to do is pick one.

How pervasive are apples in Hirosaki? During my stay at Hotel Apple Land, I was able to enjoy an apple-filled onsen. And though it was difficult, I resisted the urge to eat the apples that floated around me. 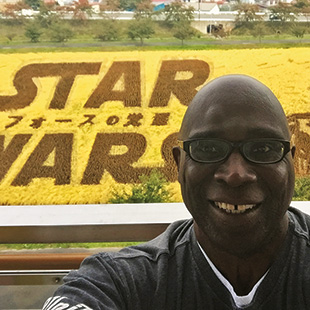 As a side trip during this part of the tour, we visited Tambo Station, where I was able to observe something I can honestly say I would have never expected to see: a living, growing Star Wars promotion! The story of how these artists are able to grow simple rice crops to produce this and other amazing works of art is astounding.

Truly the most mesmerizing part of my travel to Hirosaki City was our visit to Tsugaru-han Neputa Village. There, I came face-to-face with the world-renowned gigantic floats and the musicians and Haneto dancers that make the annual Nebuta Festival one of the most colorful and captivating in Japan. It was a wonderful culmination of my three-day experience!

If you’re looking for excursions either inside Tokyo or beyond, I highly recommend these destinations. You’ll get a true taste for the tradition of Japan and make some unique memories at the same time. Asakusa and Aomori are perfect starting points for building the foundation of that 2020 Olympics tourism boom.