The ultimate cure for the winter blues

Okinawa may be normally thought of as a summer destination, however the winter season is also a great time to visit this island paradise. The prices are cheaper, the crowds smaller and the prefecture boasts the mildest winter climate in the country. While it may not quite be sunbathing weather, there is still a whole host of cultural and historical attractions that are perfect to visit at this time of year.

Compared to the rest of Japan, winter in Okinawa is pleasantly warm, with temperatures of around 15-20 ℃ in January and February. This means that although you may need a light jacket or jumper (particularly in the mornings and evenings), it’s absolutely still possible to enjoy some time on the beach. It can be a bit windy at this time of year – which may have an impact on diving trips – but you’re safely out of typhoon season so it’s not too much of a concern.

As well as the balmy weather, there are certain activities that are only possible in the winter season in Okinawa. The most notable of these is whale watching. From late December to early April, humpback whales migrate from the Alaskan Aleutian Islands all the way across the Pacific Ocean to the warm waters of Okinawa to breed.

Numerous companies run daily boat tours out to the Kerama Islands, where you have the best chance of seeing one of these magnificent mammals up close. Keep your eyes peeled for the characteristic burst of spray from their blowholes, and prepare to be awed as they leap and dive majestically right in front of you.

Okinawa is known across the world as a prime spot for scuba diving. Even during the winter it’s possible to delight in the area’s crystal-clear water and abundant marine life. As well as the humpback whales, at this time of year experienced divers can swim alongside schools of hammerhead sharks around Yonaguni and Kume islands. Be aware that the sea temperature will be chilly, so if you’re new to diving you may prefer to save this activity for the warmer months! 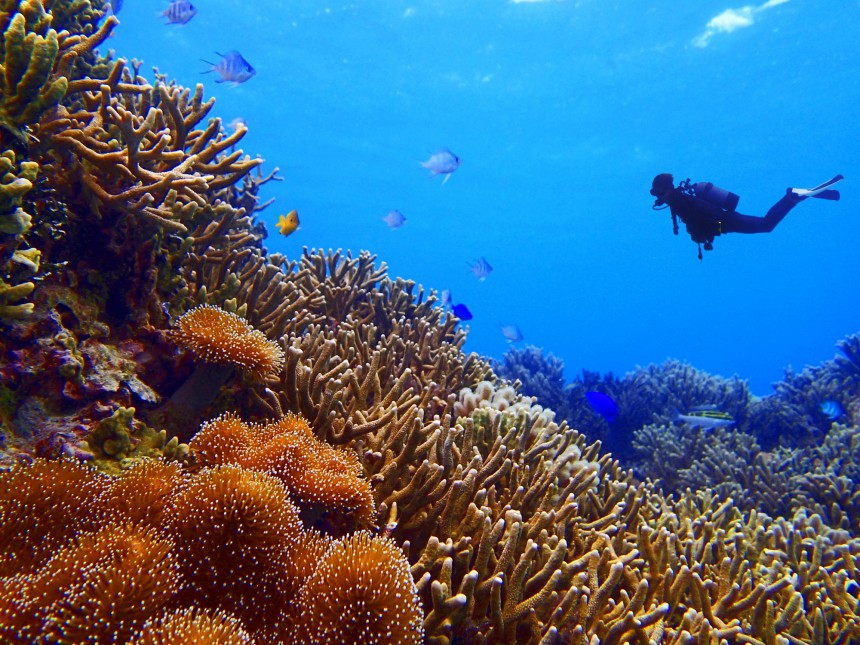 Sakura season arrives early in Okinawa, with the iconic pink flowers usually blooming between mid-January and mid-February. A large proportion of these blooms are kanhizakura (Taiwan cherry) trees, which blossom to a deeper shade of pink than many of the species of sakura found on mainland Japan. 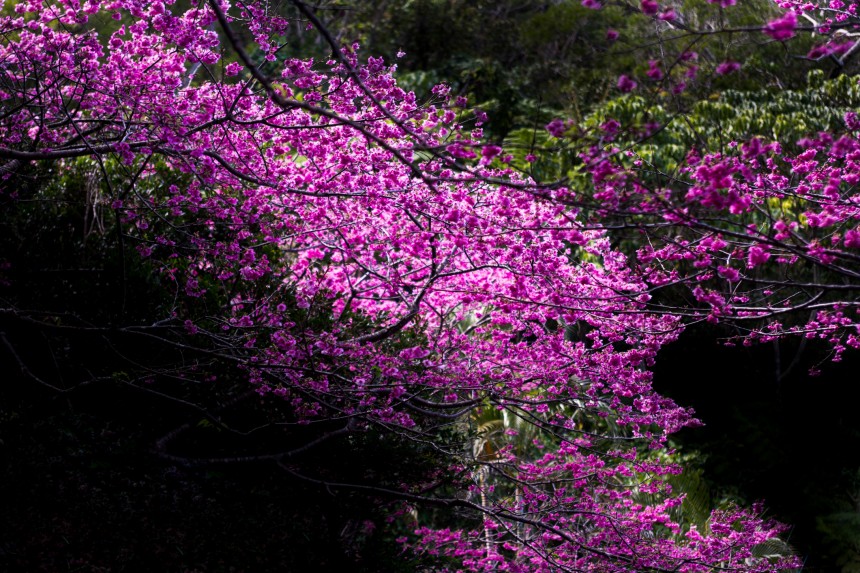 Several cherry blossom festivals take place across Okinawa’s main island between late January and February, meaning you can be among the first in the country to revel in hanami (cherry blossom viewing). Events take place in the capital city of Naha, as well as at the Nakijin Castle ruins, Mount Yae and in Nago City to the north.

In addition to these seasonal specialties, the majority of Okinawa’s attractions are just as enjoyable during the winter months as at any other time of year. Chief among these are the Churaumi Aquarium, home to whale sharks and manta rays, and Shuri Castle, a World Heritage Site that served as the center of the former Ryukyu Kingdom. Shuri Castle is the only castle in Okinawa that has been reconstructed, but the ruins of many others – including Nakagusuku, Katsuren and Zakimi – are open to visitors to explore.

If you find yourself stuck with a rainy day, head to the Okinawa Prefectural Museum in Naha – comprised of a history museum and an art museum – to learn more about the distinctive culture of Okinawa. For a more touristy take on Okinawan culture, check out the Okinawa World theme park. Here you can try your hand at some traditional Okinawan crafts such as weaving, paper-making and glass-blowing. This is also your best chance to explore the stunning Gyokusendo Cave. 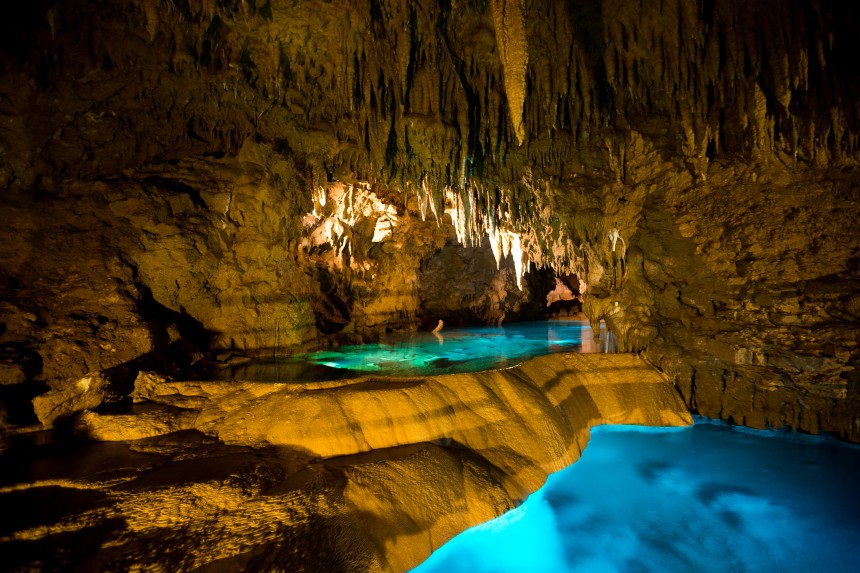 There are also a number of poignant war memorials scattered across Okinawa, including the Peace Memorial Park on the south of the island. These thought-provoking exhibits, although sobering, are important to visit as a reminder of what the prefecture went through during World War II.

Alternatively, for some light-hearted retail therapy, head to American Village, the Rycom Mall, or Naha’s Kokusai Dori (International Street), all of which offer endless opportunities to eat, drink and ‘shop ’til you drop.’

Okinawa’s main airport is in Naha, in the south of the main island, and direct flights are available from most major Japanese cities. From Tokyo’s Haneda airport, the flight takes approximately two and a half hours.

Once in Okinawa, the best way of getting around the island is by renting a car, although buses and taxis are also available.