Reviving the art of after-hours fun

So often, a traveler’s visit to Shibuya goes no further than a selfie at the famous “scramble” crossing. While tourist attractions aren’t without merit, a city’s real treasures lie beyond its main arteries, embedded in smaller streets with richer histories and more stories to tell.

The newly renovated DJ Bar Azumaya in Tsutaya O-East is just one of these stories, and a recent one at that. Its lack of history is no weakness, however. The venue — which opened in March — is less about the past than it is about forging the future of Tokyo nightlife, one in which people from everywhere can gather in a single space to unwind and connect with one another.

Artist Hirokazu Yamazaki from the Japanese post-rock band toe designed the interior with Azumaya’s concept of wakon yosai (Japanese spirit, Western technique) in mind. Conceived in the late 19th century, the phrase refers to the art of merging Western and Japanese traditions. 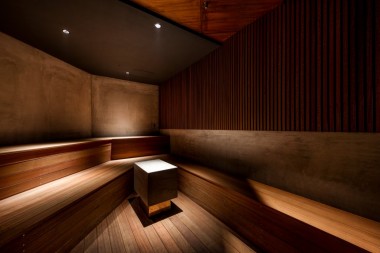 As a result, Azumaya is a mix of varying cultures and experiences. Soundproof wooden panels line the bar’s concrete walls, creating a sleek contrast between beige and gray, the natural and industrial. Several large paintings of pink cherry blossoms pop against the otherwise stoic and minimal design. Set within a black background, the flowers appear to be floating against a moonlit sky.

More than a bar, Azumaya is a chic gathering space for night creatures from all walks of life. Upon entering, the eye immediately wanders to the corner seating area, designed to evoke a rotenburo (open-air bath). With its double decker bench and wooden scheme, the space closely resembles the inside of a sauna, and it’s no coincidence that nudity comes to mind.

The theme of intimacy is embedded in Azumaya’s layout. Rhythmic music, dim red lighting and subtle fog machines work together to build a classy yet sultry atmosphere. The standing bar and lounge-style seating encourage guests to inch closer to one another, resulting in new conversations and friendships. 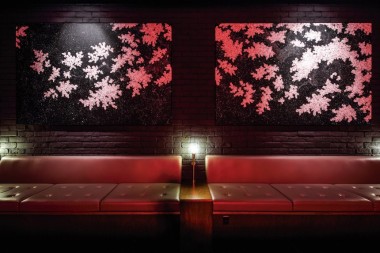 Junichi Kurosaki, who manages Azumaya and helped visualize the bar’s aesthetic, is a longtime veteran of Tokyo’s nightclub scene. Having worked at the world-renowned Club Yellow (which closed and reopened as Eleven) in Nishi-Azabu and other major venues, Kurosaki saw firsthand the effects that Japan’s adult entertainment business laws (fueiho) had on people’s perception of urban nightlife.

It was only three years ago that the government lifted its ban on late-night dancing. Increased police raids in the last decade caused many clubs to close or otherwise reinvent themselves as bars and daytime cafes. Compared to the booming clubland of the 70s and 80s, today’s after- hours facilities are subject to stigma and strict stipulations, like how dark its facilities can be.

By cultivating entertainment spaces like Azumaya, Kurosaki hopes to reincorporate casual, nocturnal fun into people’s everyday lives. The bar is open from 9pm to 4:30am Monday through Saturday. A rotation of handpicked DJs provide a backdrop of techno and house music each night, enjoyed within the excellently soundproofed venue.

The drink menu is also superb, featuring an extensive selection of premium spirits and specialty cocktails. The Japanese Pepper Gin Tonic made with the aromatic sansho pepper is highly herbal and refreshing. Japanese whiskey enthusiasts will be thrilled to find Yamazaki’s legendary 18- year-old single malt on the counter, along with the equally coveted Hibiki 21 Year Old, awarded time and again as the best blended whiskey in the world. 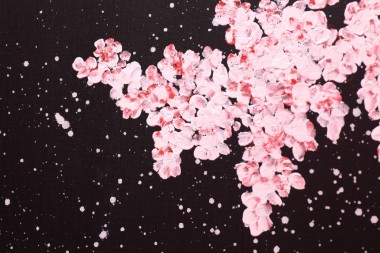 Manning the bar are kikisake-shi, or licensed sake sommeliers with thorough knowledge of Azumaya’s regional sake options. While the sake list is not on the menu, every bottle is on display at the bar. Conversations are welcome, and guests are free to inquire about flavor profiles, brewing processes and other details if they like.

It’s difficult to come across a casual bar with exquisite sake options within walking distance of the Shibuya Station. Nonetheless, Azumaya’s bartenders take care to source from high-quality, local breweries. Suddenly, an informal drop-in to the neighborhood lounge transforms into an elegant sake-tasting spree.

Located within a loud and overcrowded bar scene, Azumaya is a pleasant change of tempo. Its near-daily music events, superb drink options and elegantly informal ambiance give Tokyoites a new reason to brave the busiest crosswalk on the planet and experience the art of after-hours fun.