Not many of Tanizaki’s shorter writings, however, are easily found, especially in comparison to those of other renowned authors like Ryunosuke Akutagawa. This ethereal, intense, and puzzling flash fiction exploration of the human flesh and body resurfaced thanks to a new publication in 2015, after being nearly forgotten since its original newspaper 1912 appearance. In some ways, it presents an ‘essence of Tanizaki,’ distilled into 600 words. 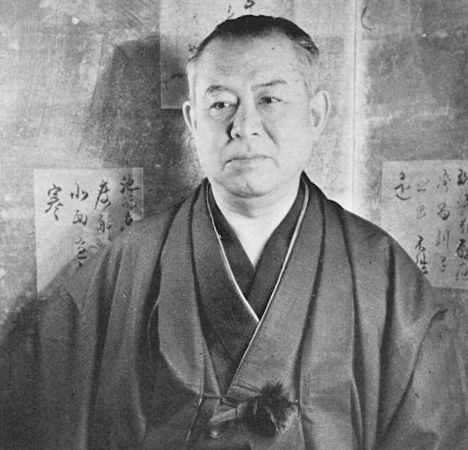 The Tokyo-za kabuki theater was completely full for the first act. From the first row, I held on to the railing with all my might, pushing back against the crashing waves of spectators cramming into the hall. The cool touch of the rough and rusty iron railing felt wonderful against my cheeks, which were burning hot in the cramped quarters. Occupied with such thoughts, I turned to face the stage. I jerked my face free by attempting to stretch my back and shake my shoulders against the suffocating pressure from behind, but the theater was jam-packed to the point I could barely move. It felt like I was bound and shackled.

That’s right, I realized. I am bound and shackled by the confines of human flesh. Bodies on both sides clung close to me. It was so tight that sometimes their hands dipped inside my kimono, or their legs wedged in between my knees. I couldn’t tell where my own body ended and the others began. In this manner, as the play preoccupied our minds, in the shadows of the narrow, dark paneling, our absent-minded bodies struggled to beat out one another and wrench forward even a little, seeking the slightest gaps, rash as dying dogs.

It was uncomfortable, yes, but I couldn’t change that, so I nevertheless kept on facing the stage. It was a sad, old-fashioned play that I had seen many times before. I could vaguely see the sheer white, aquiline nose and only the nose of the person sitting to my right, in the same way you can make out the very tip of your own nose. The owner of the nose was a woman, to be sure. Somehow, her bangs skimmed against the tips of my eyelashes, as her cool eyes flickered. She wept, tears streaming down her cheeks and falling, moving across the iron railing and entering my lips.……… 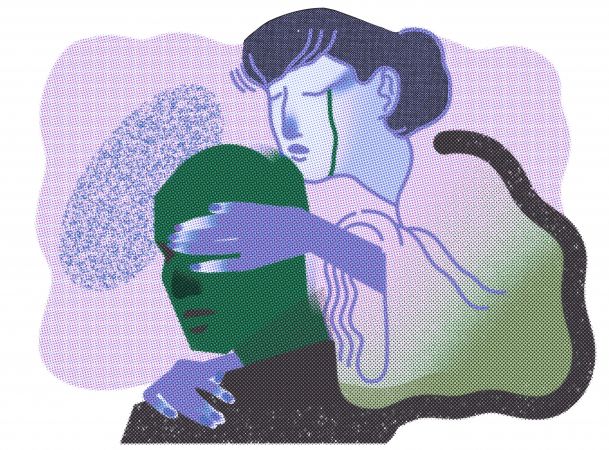 I lay on my back atop a thin wall as terrifyingly tall as the Great Wall of China. The twelve-foot wide top ran straight down from my head to beyond my feet, with the left and right sides both plunging into a seemingly bottomless gorge. A lone rope hanging off the left side rubbed against my chest, dragging its way across me and descending haltingly over the right verge. It felt like someone from below was pulling on the rope, but the rope appeared to be ridiculously long, and kept on dragging and falling without limit.

Just when I finally thought the rope had reached its end, a severed head tied at the end came up, getting caught against my jaw and stuck there. Still the rope kept tugging and tugging towards the right cliff.

I couldn’t stop myself from looking over the edge and shouting. 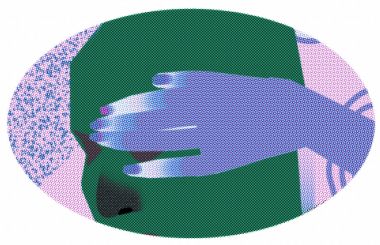 “Come now,” the woman said. “If I do it like so, you won’t be so frightened anymore.”

She gently placed her right hand on my forehead, which was trembling with layer upon layer of writhing fear.

As she touched me, like a tongue lapping up a mysterious flavor, the warmth of the woman’s hand—the softness, the familiarity, the gentleness—soaked into my forehead. Heaps and ladles of the delight of the nectar hidden in the jar of love’s bliss gushed forth in streams, and strange enough, the fear that had filled my body moments before was washed away.

“If you never stop touching me like that, I can keep on living,” I said to the woman. “The taste of your hand is the only thing in the world that can complete me.”