The race ace back to winning ways in Japan

Just 20 people each year get to call themselves Formula 1 drivers, and only a few of those will be in their rookie season, showing their worth amongst the elite of open-wheel racing. The odds of making it onto the grid in any given year are so ridiculously slim, you would need to have a garage full of self-confidence and belief to make this a viable career choice. And of course, speed. One young hopeful with an abundance of both is 19-year-old Enaam Ahmed, the British karting sensation who has found himself far from home, competing in the Japanese Formula 3 Championship for the first time as he continues on his quest to be in Formula 1 by the age of 21.

“Confidence and racing is everything,” Ahmed declares over coffee with Metropolis after a timely first victory in the series at Fuji Speedway. Confidence can sometimes come across as arrogant, but not with Ahmed. His eyes widen and his voice lifts with genuine excitement as he recounts past races in exquisite detail, rightfully proud of moments such as dragging a damaged, crabbing car across the line during a British Formula 4 race at Knockhill, only losing out on the win to current Formula 1 driver Lando Norris by the smallest of margins. “I believe my talent is potentially one of the best but what is stopping me at the moment is that I’m not using it to my full potential.” 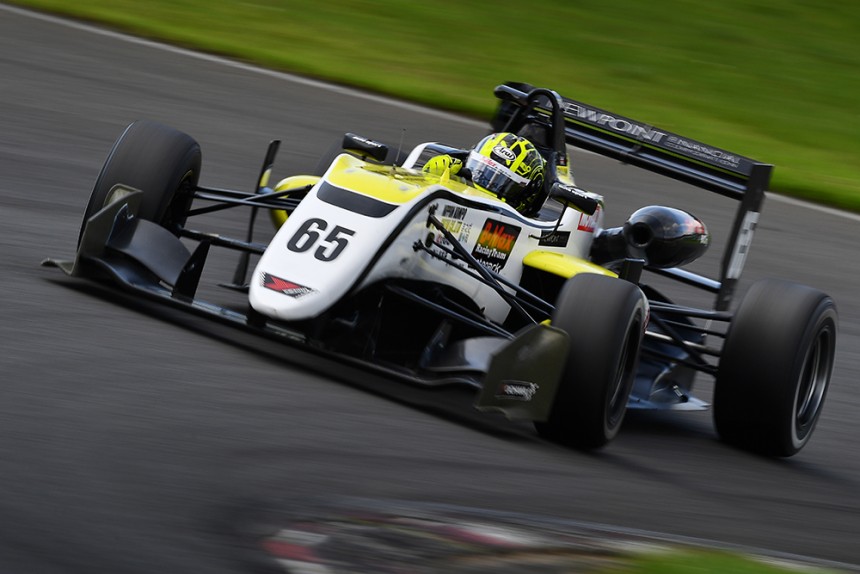 Ahmed had a meteoric, record-breaking start to his career. He won five karting championships in 2014, becoming the youngest driver ever, aged 14, to win both World and European KF3 Junior Championships in the same year and in 2017, became the youngest-ever BRDC British Formula 3 champion. During that campaign he also surpassed the win total record set by Formula 1 legend Ayrton Senna, became the youngest driver to win three races and set three fastest laps in a single British Formula 3 race weekend and achieved the biggest single season points haul and biggest winning margin in the series history.

Despite this early success, however, things have not gone quite to plan. An assault on the 2018 FIA Formula 3 European Championship proved to be particularly challenging — an early strong showing (including winning in Hungary) deteriorated as the car’s performance dropped off and he began overdriving in frustration, crashing during a pivotal Macau Grand Prix. By the season’s end it looked like his racing career was in danger. However, a late reprieve by Japanese Formula 3 team B-Max with Motopark in March this year, just one month before the start of the season and following the collapse of an initial deal made mere weeks before with rivals Threebond Racing, has kept him in the game. 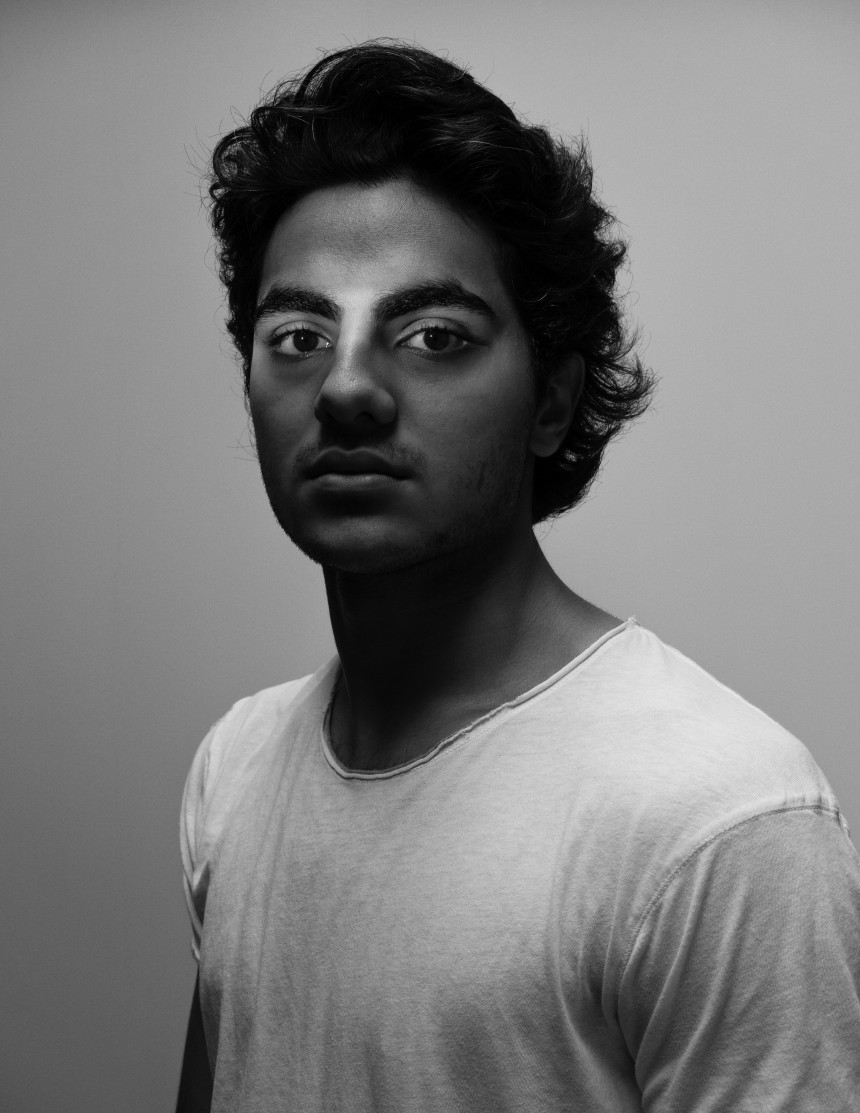 Ahmed has been having to do things the hard way for the majority of his career, desperately in need of that other necessity in the world of motorsport: money. Hailing from London’s Edgware Road, the son of an Indian-Kenyan mother and a Pakistani father, the family made sacrifices where they could in order to keep his racing dream alive, including at one point putting the family home up for sale. “A lot of kids who are not good have to spend many years and a lot of money to get good. With me, I didn’t have any money to spend on karting so everything I did in my career had to be on a one year basis. I had to perform in that one year and not rely on a second.” He is, however, very pragmatic about the pressures and realities of the sport and doesn’t use funding issues as an excuse. “Your circumstances are your circumstances. You just deal with it and lead the best life you can … I got pushed into this path because I didn’t have the money, but I still believe this has made me a better driver and it’s helping me now in the second part of my career because I’m having to work double as hard.”

Once the 2019 Japanese Formula 3 Championship got underway in Suzuka, Ahmed showed his class with a strong podium finish but admits he wasn’t at his best as the events of 2018 and the turbulent winter caught up with him. “I was beaten down that hard having lost everything, it was like a shock to the body. Everyone said to me, you have a dead look in your eyes.” By the third race weekend at Okayama it began to affect his racing. “I crashed in all three races then I thought, you know what, I owe it to myself to sort this out. So I just asked everyone to leave me alone for three weeks and I just stayed here [in Tokyo] and took a small apartment. It’s surprising how much you get to know yourself when you live by yourself, which was a new experience for me.”

Those early challenges have demonstrated the real strength of Ahmed. He is self-reflective, open and honest, displaying a level of maturity that belies his young age. “What separates me from others and why I think I can have a long-term career is because I’m never afraid to admit if someone is driving better than me,” he says. “But I’ll make sure I end up being better than them.” By the next round he was starting to do just that. A pole position, fastest lap and, most importantly, two wins have since followed as he attempts to close the gap on the championship leader (his French-Argentine teammate Sasha Fenestraz) and end the season on a high. 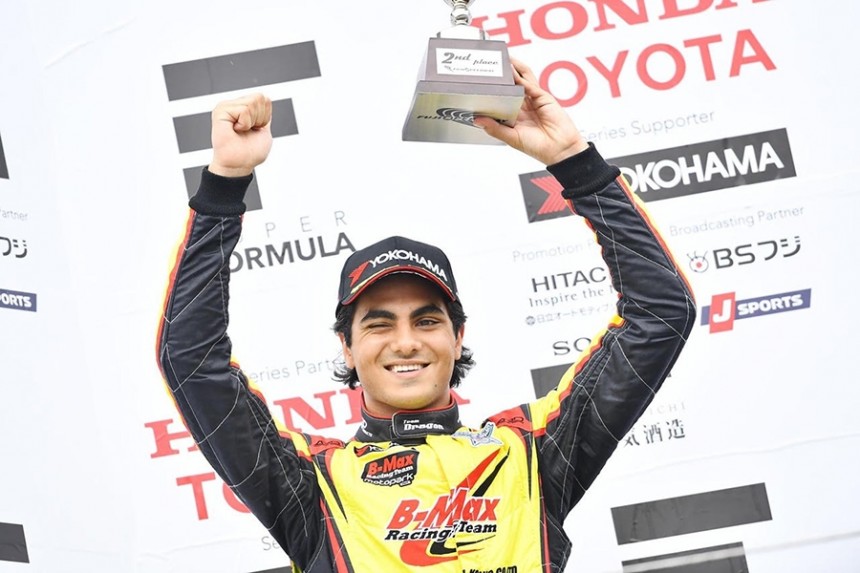 Ahmed is in no rush to return to Europe. He is enjoying the challenge in Japan and has high praise for his fellow competitors. “The top four or five guys are proper good. It’s really difficult. I’ve won races in European F3 and raced against the best over there so for me to say this I think is quite a big deal.” Another season in Japanese Formula 3 beckons but his sights are set on making a speedy step up into the Super Formula Championship. Japan’s top level single-seater racing series has been a launchpad for young drivers into Formula 1 in recent years, and with his B-Max team also running cars in that championship, Ahmed is clear on what he needs to do. “Beat my teammate,” he says without hesitation. Focused, thoughtful and fast, it would certainly be brave to bet against him being able to call himself a Formula 1 driver before too long.