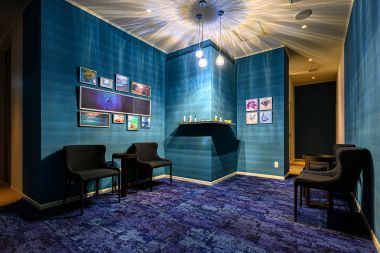 A coastal escape is something that many city dwellers crave at some point in their year. Breaking away from the stresses of city life, breathing in the fresh ocean breeze, feeling the waves lap against your skin — for most people it’s the most idyllic way to soothe your mind, boost your energy and rejuvenate your body. The concept of a beach getaway isn’t a new one though, the 18th century saw an exponential boom in the popularity of seaside resorts, particularly in Europe, with everyone from writers to scientists recognizing the healing benefits of being close to the ocean.

In 1904, French biologist René Quinton gained widespread support from the medical community for his studies regarding the effects of seawater on the body. Seawater was found to be highly effective against common conditions at the time such as gastroenteritis, pediatric cholera, malnutrition and skin diseases. This led to the first marine clinic being opened in Paris in 1907, and in 1961 the French Academy of Medicine defined “thalassotherapy” as a natural remedy using seawater, seaweed and sea mud in an oceanic climate.

Thalassotherapy (from the Greek word thalassa, meaning sea) is used to promote health, beauty and relaxation by using the natural elements commonly found in seawater such as magnesium, potassium, calcium, sodium and iodide. Founded by French pharmacist André Bouclet in 1964, Thalgo (a combination of the words thalassotherapy and algae), was the first company in the world to specialize in skin care products that harnessed the natural richness of algae and marine extracts. Since then, with an increasing interest in preventive medicine, thalassotherapy has become a common beauty and wellness treatment and Thalgo products are now used in hotels, spas and salons in 90 countries around the world. 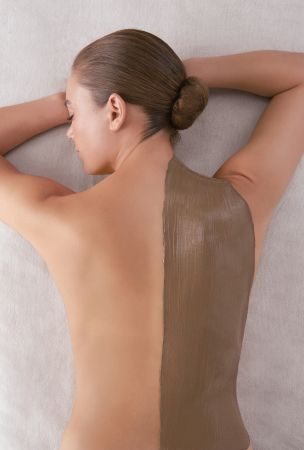 The original Thalgo Laboratory was set up on the French Riviera in 1976, drawing on the energy of the region as inspiration for its products. Now, Thalgo has brought its decades of well-being wisdom to Japan. Recently opened in the Prince Park Tower, Shibakoen, Espace Beaute Thalgo is designed for relaxation. From the tranquil lighting to the serene Thalgo selection music and custom French linen, Espace Beaute Thalgo is the only place to experience real thalassotherapy and relaxation in the heart of Tokyo. Set in the green surroundings of Shibakoen, close to Zo-joji Temple and Shiba Toshogu Shrine, Espace Beaute Thalgo features five treatment rooms as well as baths, showers and relaxation rooms designed to induce a sense of seaside calm and well-being.

The salon’s recommended therapy for first-time customers is “Marine Prelude,” an organic seaweed body mask and luxurious, muscle relaxing aromatherapy treatment. Enriched by the nutrients of the sea and crafted by Thalgo’s thalassotherapy experts, the mask’s elements are easily absorbed by the skin to provide rejuvenating benefits and promote deep relaxation. Metropolis readers are invited to relax and enjoy a 10% discount on “Marine Prelude” until December 2021. Simply mention Metropolis as you make your reservation via email (English available) or phone (Japanese only).