Metropolis: This isn’t your first time in Japan and your work has been hugely influential for a lot of trance fans and DJs over here. Are there any Japanese trance artists that you particularly admire?

Ferry Corsten: Unfortunately, I’m not familiar with too many Japanese trance artists but I hold my dear friend Kenji in high regard. Rinaly is a DJ I see quite often, and I’ve shared a stage with her quite a few times in the past.

M: Your upcoming show will be in a newly-opened venue, Sel Octagon Tokyo. What can fans expect for this performance?

M: Unity aimed to transcend the borders between the diverse sub-genres of trance by collaborating with different artists. Are you happy with the results of the project so far or do you still think there’s potential for genres to work together?

FC: The trance scene, despite being a niche market, is a fragmented market. There are groups that only will play 140bpm, another at 128, yet all claim to be in the same scene. The Unity project is about collaborations with various artists in my world, regardless of bpms. It has been a fun project that has allowed me to talk and collaborate with artists. I can be holed up for hours at a time. Sometimes it’s just great to be able to bounce ideas with people in the same frame of mind and just jam to their ideas and work together. Looking forward, I definitely think there is room for growth within the project and the potential for other genres to work together within Unity. Although it stemmed from it being within the trance scene, the concept is to work together regardless of bpm’s.

M: You’ve been, and still are, a huge influence on young musicians and DJs who are discovering the EDM scene, and your involvement with the charity VH1 Save the Music Foundation helps underprivileged children get a chance to be creative and involved with music. What would be your advice to young artists starting out in the industry today?

FC: My advice would be to listen to as much music that you like and try to find your original sound from everything you have listened to. Never be a blatant copy of something that is already existing. You may have success, but it won’t be for the long run. Keep learning. Music, just like any profession, develops, improves and changes. It’s always good to keep abreast of all developments. 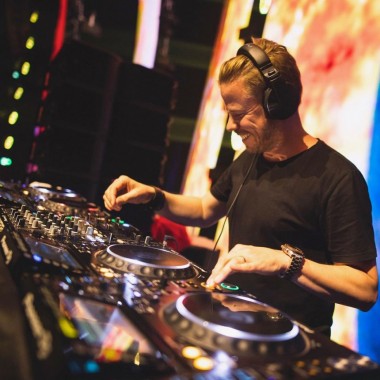 M: Corsten’s Countdown, your weekly radio show, has been so successful amongst fans that it’s well over its 600th episode now. How have you seen trance develop over the years since the show started airing?

FC: Trance has always adjusted itself to the current climate without losing its own identity. Whether the main sound was EDM, or is now techno, trance will follow it to a certain extent but will always remain true to its own identity.

M: You recently created a film score for David Gleeson’s Don’t Go. How was that creative journey and how has that experience altered your perspective towards your own work from now on?

FC: It was a treat for me to work on a soundtrack right after my artist album Blueprint. I was definitely in the flow so when the project landed on my desk I was ready to go. The soundtrack of the movie Don’t Go allowed me more than anything to translate the sounds and feeling of trance in another dimension which was very exciting for me. I definitely learned many tricks while producing for the soundtrack that I can apply in my daily work as a dance producer. Composing music to picture is a whole different beast. It requires a whole different set of sounds, which I am now applying to my own style of music.

M: What’s next? Are you planning on working on any further film scores in the future?

As a music producer, I always find it important to be inspired to make music. I still love making dance music per se, but I would also love to do more side projects in film scores.