For the Bright Future of Cinema: Tokyo Filmex 2015

Tokyo Filmex might not be a star-studded affair like the Tokyo International Film Festival, however, the Filmex’s lack of glitz is fully compensated for by its quality programming of independent productions from all across Asia. Taking place for eight days in the Yurakucho-area cinemas, Japan’s second biggest film festival is gradually building up its reputation as one of the world’s premier showcases for Asian cinema. 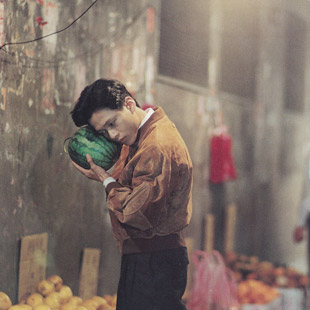 This year’s Competition once again upholds the festival’s motto: “For the bright future of cinema.” Ten up-and-coming directorial talents, hailing from as many countries, compete for the Filmex’s Grand Prize. (The home slot is represented by Yosuke Okuda’s intriguingly titled The Dork, the Girl, and the Douchebag.)

Highlights from the Competition include two first features from Nepal and Thailand: Min Bahadur Bham’s The Black Hen, which is set in an isolated village in Northern Nepal during the country’s recent civil war, and Thai filmmaker Jakrawal Nilthamrong’s Vanishing Point, the recent winner of Rotterdam Film Festival’s prestigious Tiger Award.

Though the main Competition offers a great opportunity to discover young talents brimming with potential—from far-flung nations like Kazakhstan, Sri Lanka, the Philippines, and Tibet—the Filmex’s central showpiece remains to be its Special Screenings section, where the latest films by the region’s already established auteurs tussle for attention.

For this 16th edition, the Filmex has put together an impressive lineup of art-house cinema that is sure to live up to expectations, starting with the screening of Sion Sono’s Fukushima-set dystopian sci-fi, The Whispering Star, which was shot with the help of local residents. Meanwhile, Jafar Panahi returns to the festival following 2013’s Closed Curtain with his Berlinale prizewinner Taxi: a docufiction in which the celebrated Iranian filmmaker—perhaps better known in the west for being imprisoned by Iran’s security forces following the 2009 Green Revolution—goes incognito on the streets of Tehran posing as a cabbie. In terms of entertainment, Hong Kong’s ever-reliable genre maestro Johnnie To (The Mission) should provide filmgoers a much-needed relief with his musical offering, Office, which stars Chow Yun-fat. From the mainland, Jia Zhang-ke—the great cinematic chronicler of modern China—will present Mountains May Depart, which was much lauded at its Cannes premiere in May. Across the Taiwan Strait, Tsai Ming-liang comes out of his self-imposed retirement with Attention, to once again team up with actor Lee Kang-sheung.

Alongside his fellow compatriot Hou Hsiao-hsien and the Frenchman Pierre Étaix (Yoyo, Le Grand amour), Tsai is designated to be the Filmex’s “Filmmakers in Focus” for this year’s festival. 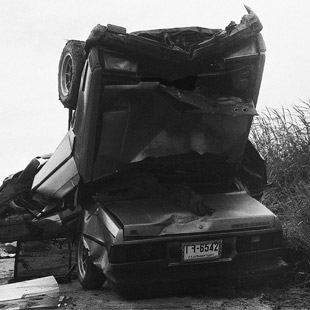 In addition to presenting Attention, six features and a string of short films will be showcased, including Tsai’s 1994 classic Vive l’amour as well as the anticipated world premiere of his Japan-shot short Autumn Days, a documentary on Akira Kurosawa’s longtime screenwriting collaborator Teruyo Nogami. This large-scale retrospective should once again confirm the 58-year-old’s status as Asian cinema’s foremost minimalist.

Last but not least, Metropolis’ pick of the festival is the screenings of three representative films by the Taiwanese master Hou Hsiao-hsien: his early work, The Boys from Fengkuei; The Puppetmaster, his take on the Japanese colonization of Taiwan; and his best-known film, City of Sadness, which single-handedly brought the attention of the world film community to this island nation back in the late ’80s.

Finally, the Filmex’s status as an officially sanctioned international film festival by the FIAPF means that all the films on the program will be screened with English subtitles. That makes it one of the few rare opportunities for Tokyo’s non-Japanese cinephiles to catch up with what the best of Asian cinema has to offer, which is fast becoming the most exciting region producing the “bright future of cinema.”

Who knew a film about making a film would be so equally provocative and satisfying?

Films by and about the marginalized

A taste of Grandma’s in Yurakucho