UK artist Freyja Dean talks about her residency in Tokyo

The blistering 40 degree summer heat is pounding down outside, sapping away people’s energy and enthusiasm. Despite the debilitating conditions, however, Freyja Dean is busy being, well, busy. “I don’t think I could go a whole day with nothing,” she says. As part of the setup at Courtyard Hiroo — a renovated old apartment block consisting of shared offices, a restaurant, gallery and yoga studio — Dean is involved in organizing exhibitions, art classes and events at the space. She works on personal projects alongside these, as well. 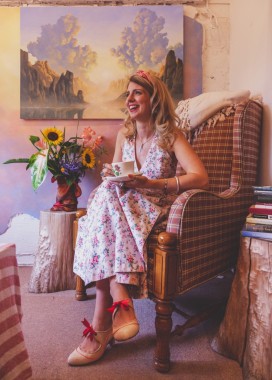 Hailing from Lewes in the UK, she is by her own admission “a kind of a nerd” obsessed with nature, bugs and dinosaurs. “The kind of art that I studied was scientific and natural history … I love being able to make pictures that show structures and functions and be able to put feeling into it as well.” Being able to pursue a career out from the shadows of her artist parents — her father is the renowned English artist and designer Roger Dean, whose fantasy landscapes graced the covers of many famed English prog-rock album covers — was partly how she found herself setting up camp in Tokyo. “In England it would have been difficult to do my own thing — anyone I met would have been via him or the connection would have come up … here is the first place I’ve been able to see what I would do if it was just me.”

One of Dean’s original ideas after arriving in Tokyo was to set up “Freyja no Heya” (heya meaning room in English). The concept was a relaxing space in her apartment for stressed out people to just spend time baking cakes, having tea and making art. Unfortunately, due to various logistical issues, it never came to fruition — but the brilliantly catchy monicker lives on in the form of a kids art and English class run by Dean at Courtyard. Drawing from her own educational experiences as a Steiner school graduate (whose teaching methodology is based on the educational philosophy of Rudolf Steiner, the founder of Anthroposophy), Dean strives to teach English through art, creating lesson plans that allow students to develop by figuring things out for themselves in order to build confidence.“I will prepare something and we’ll make something together that looks pretty awesome (adding cheekily “because I made it”) but it will be colored the way they want — adding personalization, so as far as they are concerned they did it.” Encouragement is a very important tool for Dean. “[If you are] being encouraging, people will get there eventually because they want to do it more, because they’re proud of it.” 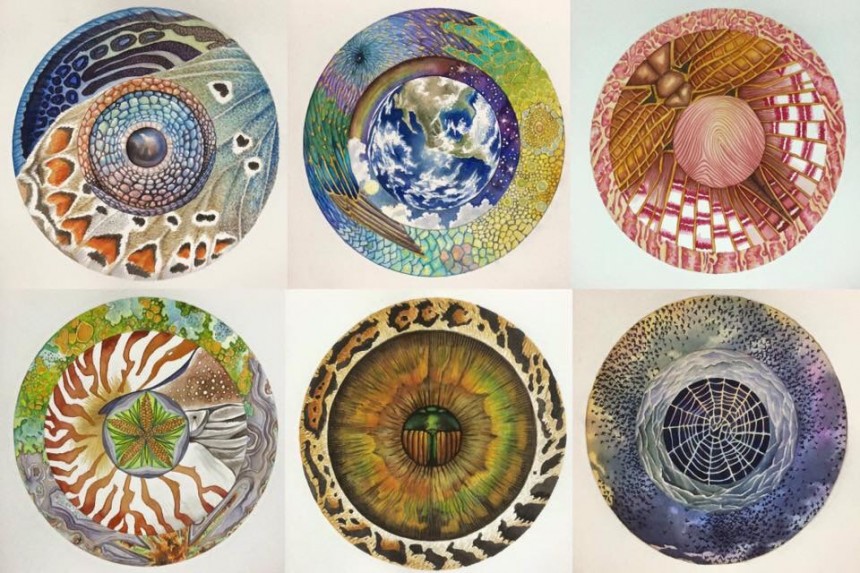 Regarding her own work, life in Tokyo is not without its own particular set of challenges; not least the cultural differences between the way art and artists are perceived. “People love beautiful things here and have a great base-line sense of what looks good,” she says. “People spend money on great design etc. but there is a suspicion about the arts and the art world. Maybe it’s alienation but there really isn’t the structure of the process for the producers or those who want to buy it. Even down to the fact that many people can’t put things on the walls of their apartments.” She expresses frustration at the expense of materials and production costs that can affect both professionals and hobbyists alike, preventing many people from simply having a go and seeing what they can do. “I don’t know how people do it here,” she laments. “Maybe it’s just for wealthy people, not really for people who want to do it on a regular basis.” 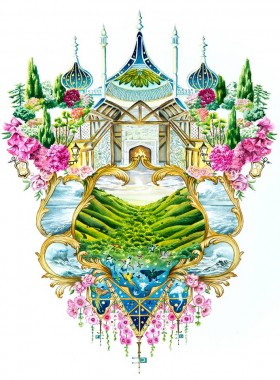 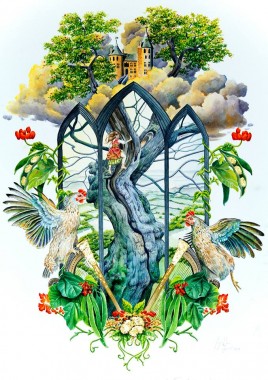 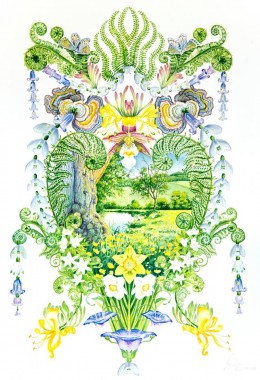 Although predominantly known for her watercolor landscapes — “annoying because it’s been delegated as a hobbyists medium” — more recently her attention has focused on creating things that people can integrate into their lives more easily than a framed painting. Collaborating with a local craftsman, for example: he carved wooden tableware using traditional methods before she added her designs on them. Currently she is working on a representation of the world of Greek myths as carved puppets for an upcoming group exhibition alongside Natalia Lewandowska and Tsugumi Kaihiko at Commune 2nd in Aoyama titled “Women and Flowers.” 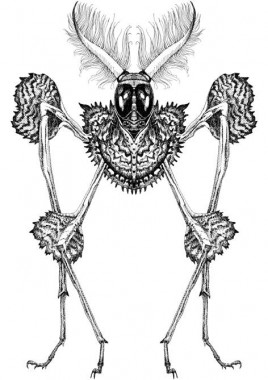 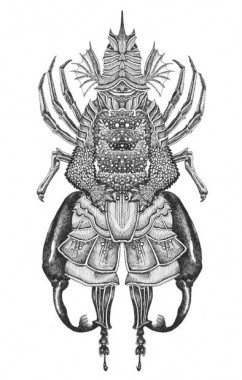 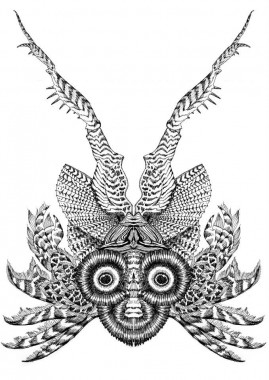 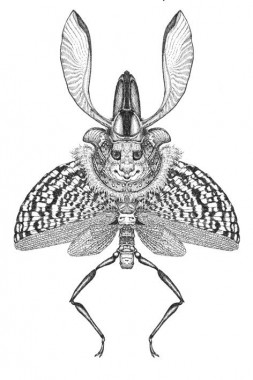 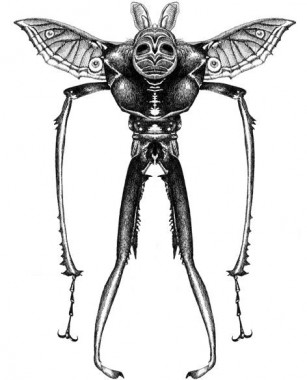 Japan has had an influence on her way of making work, if not necessarily on the subject matter. One of her father’s more famous pieces — Freyja’s Castle — was inspired by her and finished, rather timely, on the day she was born. Has any of her work ever had a particular person behind its conception? “Yeah definitely,” she laughs (and blushes), “Being interested in someone is a really good motivator for work … I’ve never painted people. So to say that an individual has inspired me to create a piece of work in their likeness has never happened. But people, experiences and emotional connections are very energizing and I find that working a lot makes me more interested in people and want to go out a lot. They both feed off each other.”