From Chonmage to Chokeholds

In May 2004, the Estonia-born Baruto Kaito descended on the world of Japanese sumo wrestling like a wrecking ball. This isn’t a commentary on the wrestler’s size, although at the time Baruto measured 197 cm in height and weighed over 140 kg. Incidentally, that was also the smallest he had ever been in his professional career. By the time Baruto officially retired from the sport in 2013, he weighed a staggering 193 kg — or about a third of an actual wrecking ball.

But it’s actually the impact Baruto left on the world of sumo which brings the whole demolition equipment analogy home. Just two years after his professional debut, Baruto Kaito was promoted to the sport’s top division, after which it took him another four to become an ozeki, the second-highest rank in sumo. In comparison, Kisenosato Yutaka, the recently-promoted yokozuna (the sport’s highest rank), needed 10 years to be promoted to ozeki. Few other wrestlers have moved through the ranks as quickly as Baruto. And although he never became a yokozuna, he’s still considered one of the biggest contenders in the history of the sport, especially given all the challenges he had to face as a foreign-born wrestler.

“As a rule,” Baruto tells us, “there is usually only one foreigner at a heya [sumo school, also somewhat insultingly known as a ‘stable’]. That’s why during my time at the Mihogaseki Stable, I was the only foreigner there. A foreign sumo wrestler doesn’t normally get to choose a stable, you know. You go where they’ll have you.” 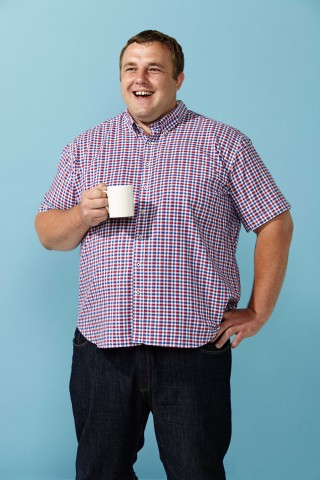 There were a few other things that Baruto had trouble adjusting to on his road to becoming a sumo champion. “The food [at the stable] was very different to what I ate in Estonia. In Estonia, we are all about pork and potatoes. But in Japan, we had rice every day. In the beginning, I just couldn’t get used to it. I used to pour mayonnaise all over my rice to make it taste better.”

What was harder to get used to, though, was the racial prejudice. Although Baruto didn’t want to get into the specifics of it, he does admit that “there definitely was some bullying … the stable master didn’t really like foreigners.” On the one hand, that’s awful, but you also have to admire the sort of guts it takes to bully a person who does a pretty spot-on impersonation of a bulldozer.

Interestingly, one of the toughest challenges Baruto faced was the chonmage — the traditional topknot which, in sumo, all wrestlers wear their hair in.

“When you enter a sumo stable, you have to grow your hair out. But Europeans have very different hair than Japanese people. Softer, thinner. So when I had my hair done in a chonmage, it used to fall down the side of my head in thin strands. And so, because I couldn’t get a good topknot going, I had to use hair extensions. No, really, I used to wear a wig to get my sumo hairstyle. I think other foreign sumo wrestlers had this problem, too.”

This was a bigger deal than it might seem — until a wrestler is able to tie his hair in chonmage, he isn’t allowed to leave a stable on his own.

“That took me about 6 months,” Baruto says. “I had nothing to do until then. I didn’t have a smartphone and I had no internet access. [But] I think it actually makes a lot of sense. When you’re young and you don’t really understand all that much about sumo, you might get into some bad situations if you go out on your own. It wouldn’t look good for the world of sumo if a wrestler became a nuisance to someone. That’s why I think we need this rule.”

Similarly, another rule that Baruto chafed under and then ultimately agreed with forbids sumo wrestlers from driving cars. “I used to do a lot of driving in Estonia. But once you become a sumo, you are forbidden from driving. In the beginning, I kept thinking ‘Oh, I really want to go for a drive.’ In Japan you can get anywhere by train but if you like driving, it can be a little hard.” But in the event of an accident, it would be extremely difficult to get a wrestler out of the crashed vehicle. This rule was apparently implemented after wrestler Mitoizumi Masayuki was involved in a car crash in 1985 and was forced to sit out part of a tournament.

Still, being kept from driving doesn’t mean sumo wrestlers will never get hurt.

“Sumo wrestlers go into the sport fully aware that they’ll get hurt,” Baruto says. “For example, I had a serious knee injury three times. You need to be ready for these sorts of things. Sumo is equally about the mind and the body this way.”

Unfortunately, Baruto’s numerous injuries eventually cost him his ozeki rank in 2012, followed by his retirement from the sport a year later. Then again, retirement isn’t really the right word — Baruto receives absolutely no money as an ex-sumo champion.

“If you want to retire as a sumo wrestler,” he explains, “you have to become an oyakata or toshiyori (sumo elder). But in order to do that you have to have Japanese citizenship. You’ll also have to buy stock [in the Japan Sumo Association], and those are really expensive,” mostly because there are only 105 shares which don’t become available until their owner dies. This has caused the price of the “elder stock” to skyrocket, and they now go for anywhere from $800,000 to nearly $5 million.

So, what exactly does an ex-sumo wrestler do after he hangs up his loincloth?

Baruto is involved with several charities. In fact, on the day of this interview, I caught up with him before he was scheduled to appear at a Fight4u.1 event meant to spread awareness of ADHD, autism and other developmental disorders. 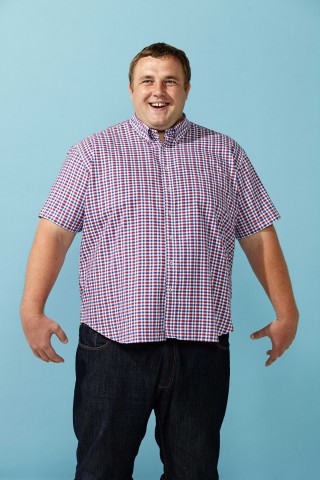 Another part of his life, as Baruto explains, is looking for sponsors. “One of the most important skills you learn as a sumo wrestler is looking for sponsors,” he says. “So, after you quit sumo, you can go to any company and get them to hire you for something. There will always be work for ex-sumo wrestlers.” This was definitely true for Baruto who, after quitting sumo, joined the Rizin Fighting Federation as a mixed martial artist.

“I was good at grappling when I was doing sumo, and that definitely is of some use in MMA. I wanted to show the MMA crowd that sumo wrestlers are strong. Until now, most ex-sumo professionals who turned to MMA or wrestling haven’t had that much success.” For example, Akebono Taro, a former yokozuna who’s now a mixed martial artist, currently holds an MMA record of four losses and zero wins.

“That didn’t sit right with me. It hurt my pride as a sumo wrestler. I wanted to fix sumo’s reputation in the MMA world.” Currently, Baruto’s MMA record includes three wins and one loss, including a decisive victory over Japanese MMA superstar Kazuyuki Fujita.

In the end, though, Baruto says that MMA is still just a hobby for him, a way to provide a good life for his family and “eat delicious things every day.”

“I never wanted to do the same job until I’m 65, I wanted to be free and have fun,” Baruto says.

“Don’t get me wrong, I love sumo, but I wouldn’t want to keep doing the same thing until I’m in my 60s.”