My Impressions of Sada Abe 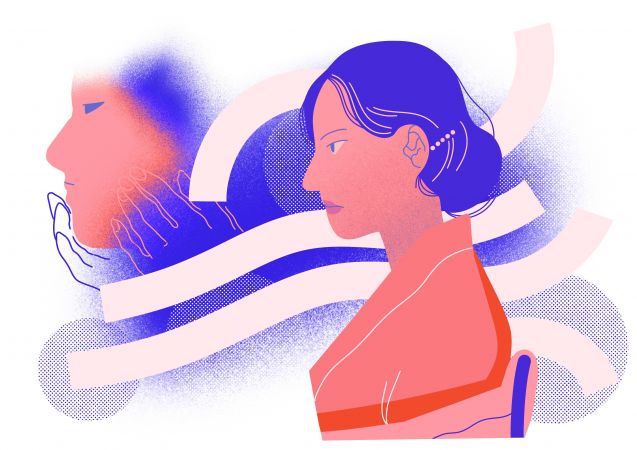 On May 18, 1936, Sada Abe murdered her lover Kichizo Ishida by strangulation. She then cut off his penis and testicles and carried them around with her in her kimono. She served five years in prison and went on to write an autobiography.

Her story became a media sensation in Japan and attracted countless interpretations by artists and writers. One of those came from Ango Sakaguchi, one of Japan’s most famed story writers and novelists. Excerpts from this 1947 essay provide an insight into the early Showa discourse around gender relations, sexuality, and love via the Sada incident, where Sakaguchi absolves Sada of all guilt, instead finding hope and salvation in a tragedy of true love.

When I met Sada Abe, I felt like she was a typical inner city woman. Being born in a gritty part of downtown Tokyo and having worked in the “water trade,” she was of course different from countryside or rich city folk. But I genuinely felt, far from there being anything strange or unusual about her, that she was just an average downtown woman, almost too average. There was nothing atypical about her. In fact, I thought she had a bright, friendly personality.

This past spring, we changed female servants three times at my home. Two of the servants were from rough areas of downtown. One of those was a believer in the Shinto sect Tenrikyo, and the other was a middle-aged geisha from Mukojima. Both of them were degenerates through and through, with notably warped personalities, but I sensed none of that in Sada whatsoever. She is a sensible, serious woman. And the Sada incident, likewise, is a serious, sensible matter.

When I asked Sada how many times she had fallen in love, she looked straight at me as she responded: just once, she said, just that one time, with him, and it may be strange that it happened at thirty-two, but there are many who die without falling in love a single time. The meaning of “love” in this case was Sada’s individual interpretation, as there were other men that she had “liked” ever since she was a girl. But these men deceived her countless times. All of the men approaching her had ill intentions, and her reaction to these occasions was typically feminine. I think that good-natured, kind-hearted women are the type who are most easily fooled, after all.

All that is to say she was liked by men who she liked, but in terms of her definition of love, Kichizo was the only one. You can’t help but to feel bad for him, but as Sada said, a lot of people die without ever knowing true love. I agree with her. To be liked by someone who likes you is already rare enough. So I can understand just how happy and devoted the single-minded Sada, who balked at fame and money alike, must’ve been with Kichi.

As I mentioned, Sada didn’t have any degenerate characteristics, but I do think her Kichi had some masochistic tendencies. When he got carried away by feelings of love, he enjoyed getting choked by Sada. When women experience true love, they can sometimes end up going along with a man’s fetishes. This is different from having the fetish in the first place, but women do have a strong tendency to follow the lead of the man. 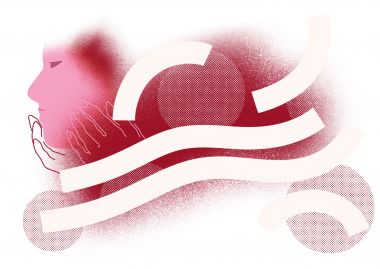 By pure chance, when the two of them were just fooling around, Sada looked up when the fun was over only to see that Kichi had actually choked and died. And it was as simple as that. Kichi had been tied up by the neck, experiencing the agony of love in his euphoria as always. Meaning Sada wasn’t even aware that he died. It’s only natural that she didn’t feel any guilt for killing him after she realized what happened….

No matter how you look at it, Sada’s prison term is far too long. It should be three to six months at most, no different from a suspended sentence. She may have killed someone and defiled the corpse, but is there really any criminal element at play here? I see it as pure love, and in a sense, rather sweet… In fact, Sada was so popular at the time that when she was released from prison, the police were worried about her. Giving her special permission to change her name and immediate access to the necessary documents. These documents show that since that time, Sada has lived an ordinary and frugal life without anyone finding out her true identity (even the neighbors) until today….

In Sada’s case, what happened was primarily a coincidence of what goes on in love between a man and a woman, and there is almost no criminal element involved. In the midst of love, a man and a woman jump into a special world of just the two of them. We can’t declare something like that to be abnormal or unacceptable. An incident where the two of them were in love, and by chance one of them died, and the other, by strength of her belief in the world of their love, cut off a piece of that world to hold dear to her heart. Compared to the Yaoya Oshichi incident, it’s as normal as can be. There’s nothing perverted or unusual about Sada. She’s pitiable and sweet. I say that both considering the situation and from my own experience meeting her.

Up until Kichi, the sad Sada was always toyed with by men, deceived by men in the back alleys of this world. For the first time, she was able to experience true love. And a world of just the two of them—shouldn’t we actually feel compassion towards Sada for loving so deeply?

A dozen years later, I believe that people are still making such hysterics about Sada because they find some kind of solace in it. People wouldn’t keep fussing about a dark tragedy that doesn’t have any hope. I doubt we’ll see people make such a big deal about serial killer and rapist Yoshio Kodaira in this way.

While maintaining an internal righteousness, humans do as they please. And although we enjoy the thrill of the ero-grotesque, we ultimately focus so much on it because the ero-grotesque has an element of salvation within….

However, compared to the tragic love story of Yaoya Oshichi that still resonates with people today. Sada’s case is even deeper, more sad, and more heartbreaking. Her tale is a pure-hearted romantic tragedy that, before long, will become a beacon of light providing salvation; a story to pass down for all time. I wish happiness to all of those in love.

1… A euphemism for jobs at places such as members-only bars, cabarets, host/hostess clubs, pink salons, soaplands, and delivery health.

2… During the Edo Period, a young woman fell in love with a man she met during a fire. The next year she attempted arson, thinking she would be able to meet him again if there was a fire. She was burned at stake for her crime.