The Chemical Brothers, Kid Fresino and Sia steal the show

Fuji Rock’s impressive 2019 lineup featured newcomers Mitski, James Blake, King Gizzard & the Lizard Wizard, Sia and Death Cab for Cutie amongst much-loved regulars like The Cure and The Chemical Brothers. The first two days of the festival were completely sold out this year, drawing an attendance of over 13,000 people despite the severe rain on Saturday that may have given some festival-goers thoughts of heading back home.

The festival’s 21st installment at Naeba Ski Resort and its beautiful surroundings kicked off with Scottish bagpipe band Red Hot Chilli Pipers on Friday morning. The sound of bagpipes echoing through the mountain made for a picturesque start to the weekend. 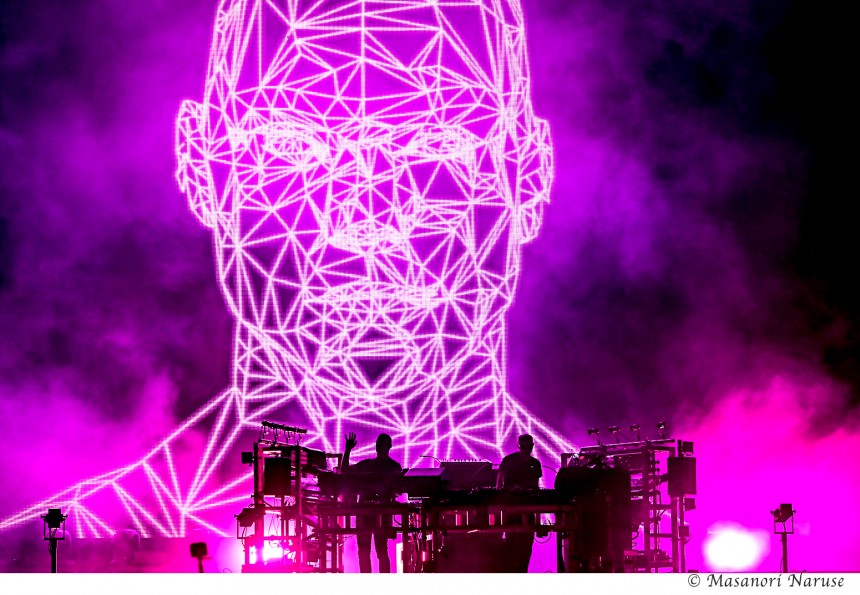 After Shame’s first appearance in Japan last November, the British rockers returned and filled up the Red Marquee stage on Friday afternoon. The unmistakable theme song of the popular Japanese comedy TV show “Shoten” welcomed the band onstage, instantly riling up Japanese members of the audience. With his charismatic stage presence, lead singer Charlie Steen announced hopes to perform on a bigger stage in the near future.

Friday’s headliners were The Chemical Brothers, appearing for a record sixth time at the festival and performing a near 2-hour set including their biggest hits like “Star Guitar,” “Hey Boy Hey Girl” and “Go.” The Fuji Rock regulars’ lively show remained in the minds of attendees as the night’s biggest performances eased into a more underground vibe throughout the venue. 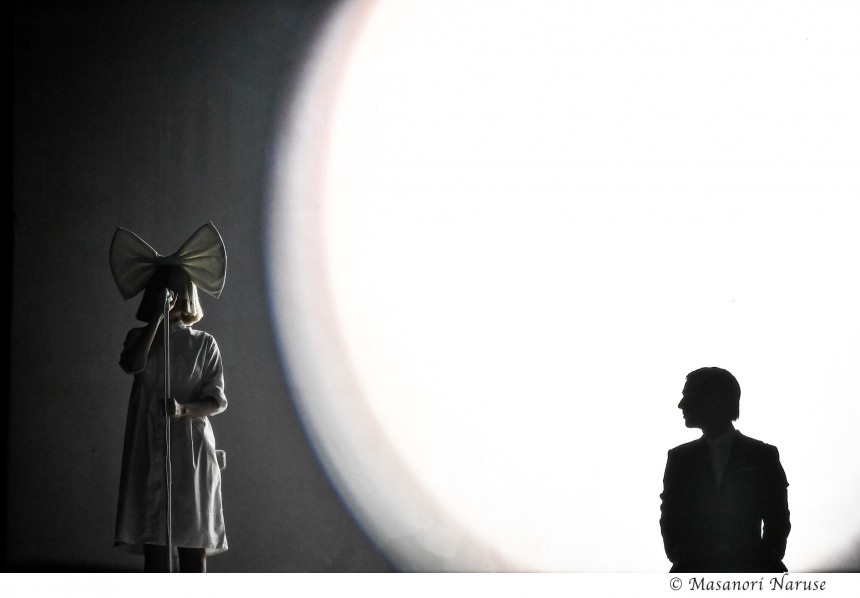 Australian singer-songwriter Sia stepped aside and gave her dancers the spotlight.

At midnight, Red Marquee transformed into Planet Groove. With a nightclub-esque atmosphere, the stage saw an eclectic lineup of young international artists like New York-based Japanese keyboardist BIGYUKI and Korean-American DJ Yaeji who performed until morning. Kid Fresino, a Saitama-born, New York-based Japanse hip-hop artist showcased his recently released album ai qing alongside collaborators JJJ, Yurufuwa Gang and ISSUGI. For those who braved the stage until 3 a.m., Fresino’s performance was surely a worthy highlight of Day One. 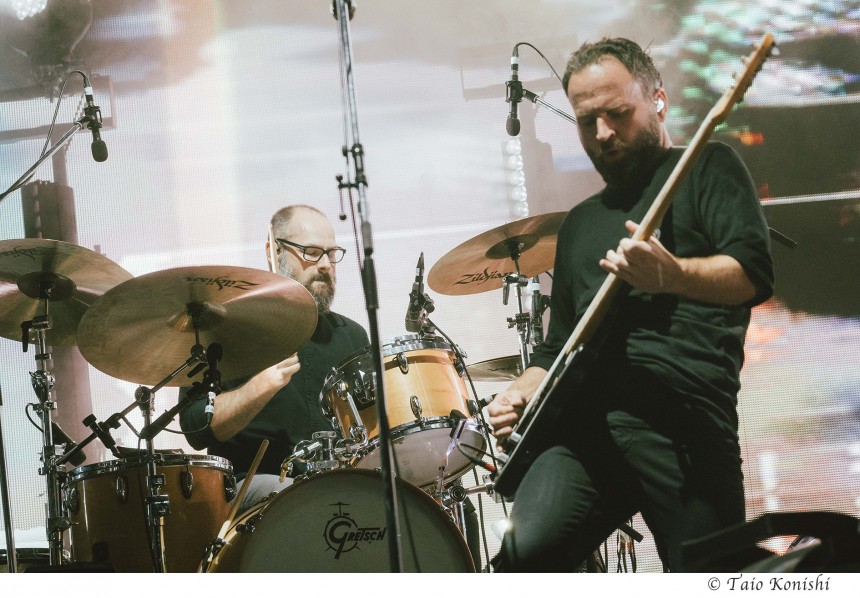 Death Cab for Cutie on Day 2.

Despite one of the worst rain storms in Fuji Rock history, Saturday saw a slew of incredible performances. Of course, Australian singer-songwriter Sia’s first performance in Japan stole the show. Maddie Ziegler and other dancers performed centerstage as Sia delivered her impeccable vocals from the side, hardly moving and veiled. It was like watching a world-class theater performance, but with the superstar’s breathtaking voice as the exquisite soundtrack.

American indie bands American Football and Death Cab for Cutie headlined at the White stage. Though certainly uncomfortable at times, the rain helped create a magical atmosphere during Day Two’s performances, making for yet another unforgettable festival experience for Japan’s indie fans.