Fuji Rock, one of the most renowned music festivals in Japan, will be taking place this year from July 26 to 28. More than 100 artists have been announced so far, including Radiohead’s frontman Thom Yorke, James Blake and Death Cab for Cutie. This year the festival will celebrate its 23rd anniversary, but it’s actually been 21 years since the venue moved from its original site at the base of Mt. Fuji to its current location at the Naeba ski resort in Niigata.

With their recently released album No Geography, British electronic duo The Chemical Brothers will be headlining the Friday night for their sixth performance at Fuji Rock. On Sunday, to celebrate their 40th anniversary, British alternative rock band The Cure will be returning to the festival for their first performance in six years. The last time they were here, the band performed for an impressive three hours — a feat which many die-hard Fujirockers are hoping to see again. 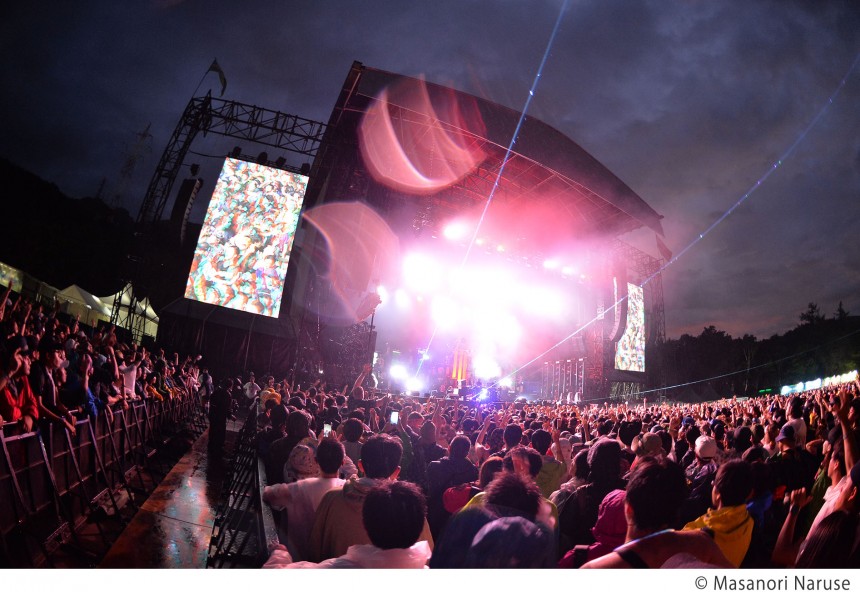 The lineup continues to highlight the festival’s reputation for diversity. Alongside Fuji Rock regulars like The Chemical Brothers and Red Hot Chilli Peppers, many artists are making their first appearance, including Grammy-nominated artists Janelle Monae and Daniel Caesar. Australia’s Grammy-winning singer Sia is an unmissable act — additionally, she has no other upcoming shows scheduled this year so this might be the only chance to see her live. On top of that, this year will also see bands returning to Japan for the second time in 2019 such as Alvvays, Shame and Mitski. 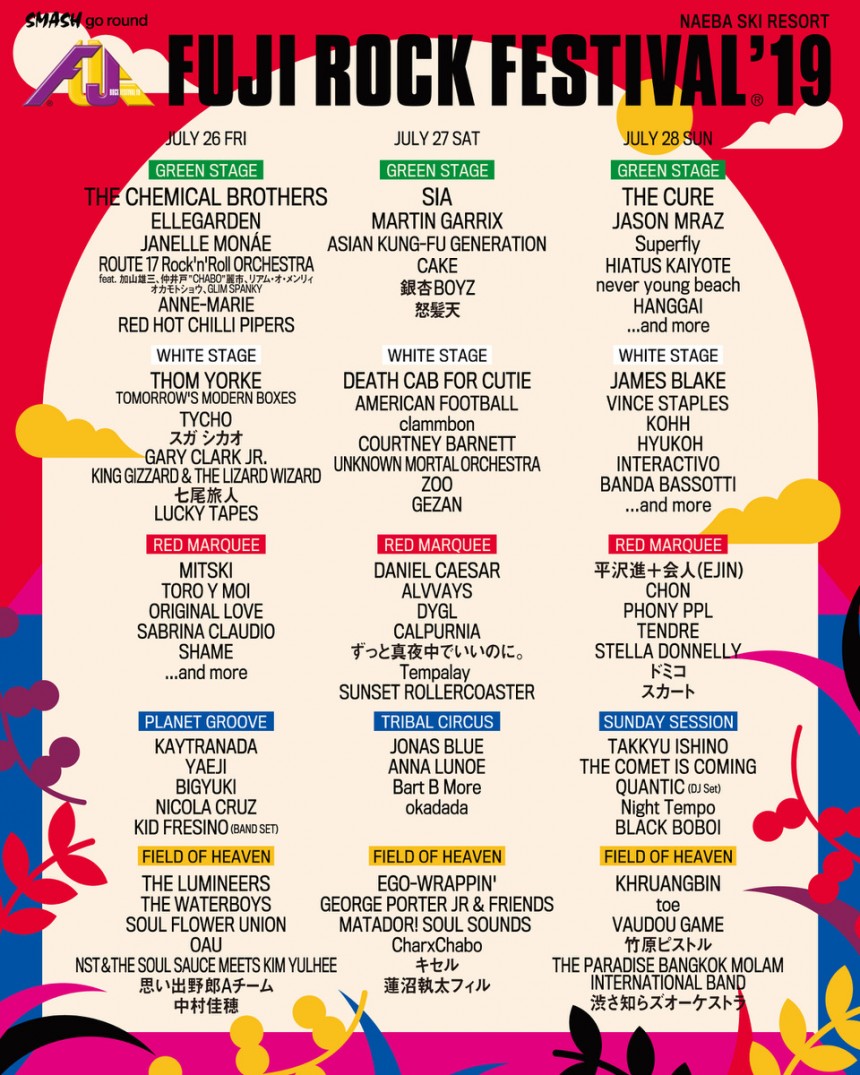 Japanese artists are another key element of the festival and this installment will include musicians such as wunderkind hip hop artist KOHH, who worked with Frank Ocean on “Nikes” from Ocean’s seminal Blonde album. Other domestic acts to watch out for include: never young beach, who riff on the sounds of legendary 70s band Happy End; and one of the country’s most influential punk bands, ELLEGARDEN. These performances definitely shouldn’t be missed.

The stage lineup has already been announced. Tickets are available at Zaiko.