Hanko: the ultimate souvenir from Japan

Make your mark with these ancestral personal seals

Most foreign tourists in Japan like to return home with at least one special memento of their visit. The list of products unique to this country is endless, ranging from kimono to kokeshi (dolls). On my first visit, I spent many hours trying to find the perfect souvenir to take home.

It was by chance that I came upon hanko (also known as inkan), which are personal seals that have the same authority as signatures in Western countries. Strictly speaking, a hanko is the physical stamp while an inkan is the impression made by that stamp, although these days the two words are often used interchangeably   Like many Japanese cultural imports, seals originated in China where they developed from a custom of sealing documents using one’s fingerprint pressed into clay. That custom dates back to at least the 3rd century BCE. 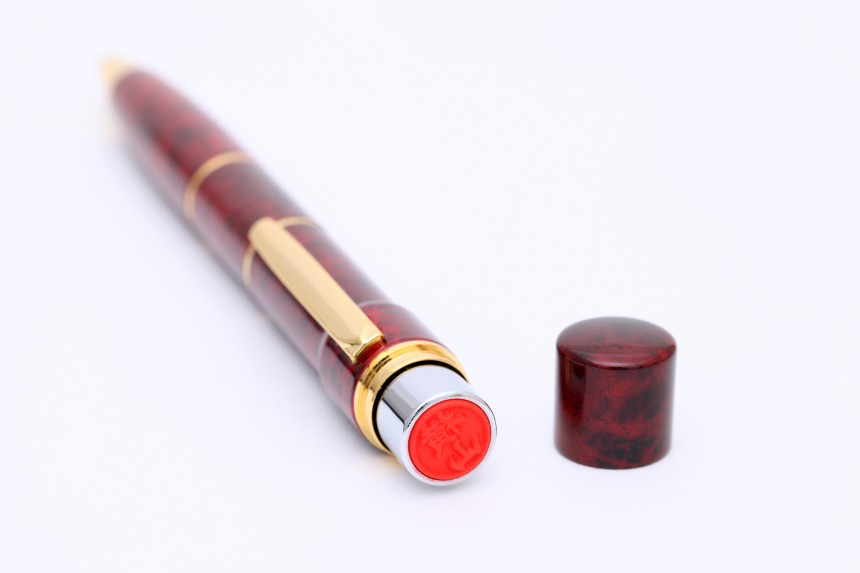 Made typically of stone (especially jade), wood or metal, the first recorded use of seals in Japan dates to AD 57. In that year the Chinese emperor, Guangwu of Han gave a gold seal to the ruler of Nakoku (modern Fukuoka). Unearthed in 1784 by a farmer, it now has pride of place in the Fukuoka City Museum. 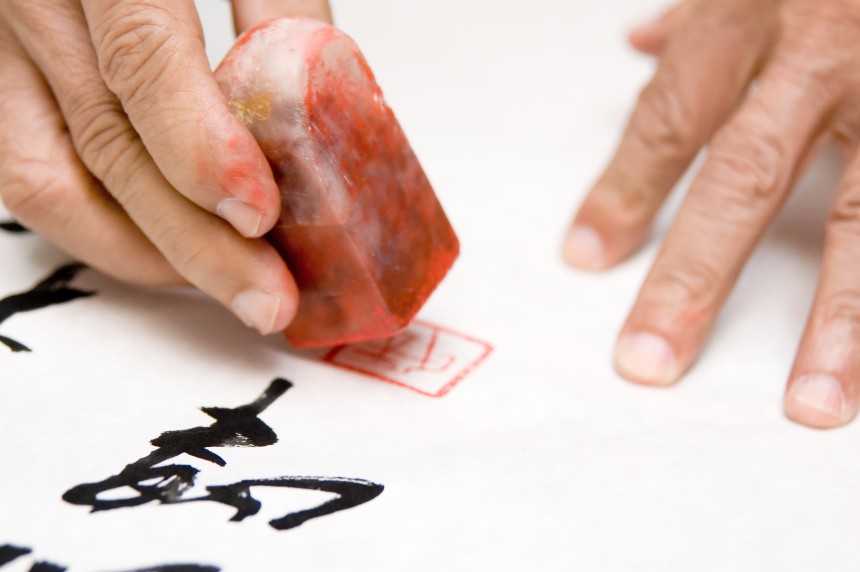 At first, being a symbol of the emperor’s authority, only he and his closest confidants used hankos. Later, probably around AD 750, the practice spread to the nobility as a symbol of their rank. During the feudal period, samurai began using them and were allowed to use red ink. Not until the Meiji Restoration in 1870 did the hanko come into general use throughout Japan.

Today, four kinds of seals are in common usage: jitsuin is an officially registered seal that is used in important purchases; ginkō-in is used in banking; mitome-in is for signing postal deliveries, account payments, memos and other low-security everyday functions; gagō-in is used by graphic artists to both decorate and sign their work.

Since, traditional seals have been used in Japan for centuries, there are still numerous hanko carvers. The one I selected for my personal hanko was Toh Hirasawa, who is the third generation of his family to engage in this craft. He operates from a small workshop in Hachioji, Tokyo.

Hankos come in different sizes and materials. I chose a small one made of wood. My next decision was more difficult, to select the type of characters in which my name would be carved. As a craftsman with a vast amount of experience, Hirasawa can carve any selection of characters including kanji, hiragana and English. 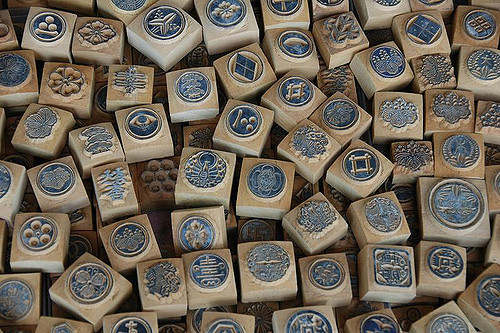 Having helped me transpose my name into kanji, I placed my order and waited patiently for the hanko to be delivered to my home in Australia. In true Japanese fashion, it arrived on time and carefully packaged, enclosed in a stylish case that contained an ink-infused pad that will probably last a lifetime.

Now I use the hanko whenever I can. It adds panache to checks, letters and any document that requires my signature. It may not carry the same importance as in Japan, but as a miniature work of art it’s to be treasured.