Stay warm and fashionable this winter

Looking for a fashionable way to warm up this winter? The rapidly dropping temperatures aren’t just a cue to dig coats out of storage to brave the elements outside, but also an exhortation to consider what to wear when hibernating at home.

Those looking forward to an avant-garde way to stay toasty would do well to look to underground label Hatora and its wearable Kotatsu Parka—which, as the name suggests, is a traditional Japanese kotatsu up to 4 people can zip themselves into and out of as required. At ¥255,000 (without tax) it’s a big purchase, but for a kotatsu you can wear around the house it doesn’t get much better.

Long after the official Tokyo Fashion Week shows were over, the enfant terrible of Tokyo fashion, Nozomi Ishiguro, unveiled his collection not on a polished catwalk, but through the murk of a dance floor over at Club Diana in Yurakucho. 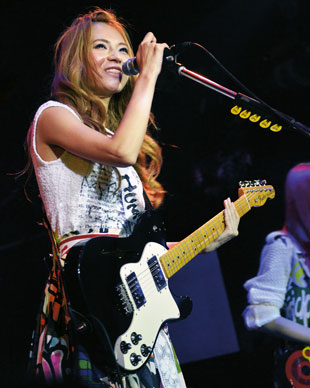 The “Kawaii Hate Night” show proposed kawaii as this generation’s punk revolution, with all-female rock band Scandal playing a set before taking to the runway as models in the show.

The anisong (anime song) starlets were joined by a selection of street style icons—who in turn went on to DJ late into the night—personally selected from the streets of Harajuku by the designer himself.

The fashion was a curious brew that you’re unlikely to find outside of the Tokyo street scene, hacking together a mix of manga imagery with cute frills, ribbons and the designer’s own love of asymmetry.

In the case of Nozomi Ishiguro, “hacking” is the operative word: his clothes are assembled as jazz, with his satirically named “Haute Couture” atelier even going so far as to deliberately set the tension incorrectly on its sewing machines to ensure that every last stitch is artfully inconsistent.

Tennis legend and model Maria Sharapova was in Tokyo recently to promote her Sugarpova line of cute confectionary. While visiting Fox Backstage Pass for an exclusive interview at their Harajuku offices, Maria was surprised to hear that she was a local style icon.

She had these words for the women of Tokyo: “I love their style. I think it’s so eccentric. Fashion is a very personal, individual thing, and I think that’s what makes Japan unique in a way—it’s because the girls will really play with that, and it’s almost like costume if you look at it from the outside world. 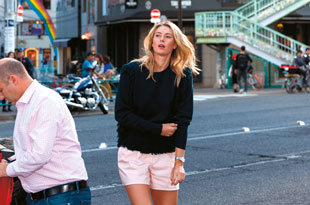 But to them it’s a creation, and it’s quite beautiful, and I enjoy just walking around the streets and seeing everyone’s individual style.

It’s very inspiring when I work with Nike and when I think of collections and what we’re going to do for my outfits, when I wear on court. So it’s always fun being able to browse and admire their style.”

One can only wonder if Tokyo fashion will go on influence Sharapova over time, and it’s certainly another reason to keep an eye on her career both on and off the court.

Based in Japan: Kapuki Kimono

Reiko and Mitsuaki show their dedication to reintroducing the Japanese kimono as modern fashion through innovative designs.